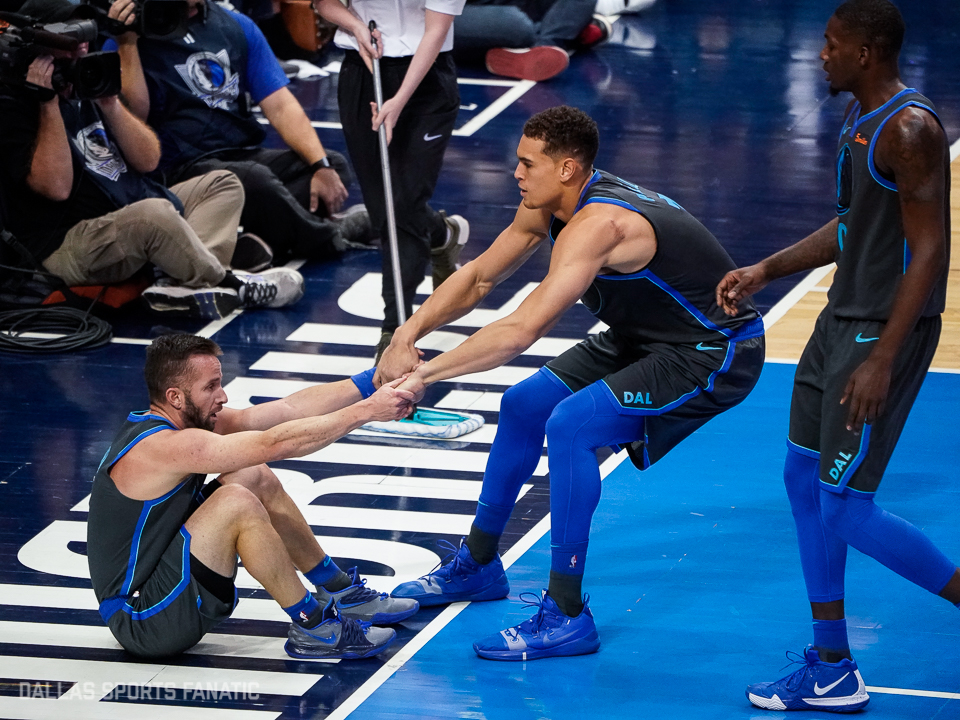 Following their 111-96 victory over the hottest team in the NBA, the OKC Thunder, the Dallas Mavericks visit Chicago to try and secure their first road win.  Here are three things to keep an eye on in tonight’s matchup with the Chicago Bulls as Dallas goes for the series sweep tonight.

Over the past five games, Dennis has been shooting over 50% from the perimeter in catch and shoot situations. With Luka Doncic living up to the hype so far, Rick Carlisle has seemly given the keys of the offense to the heralded rookie. If Smith can continue his hot shooting, not only will it help his play with Luka but also open up the lane for those monster dunks we love!

There have also been rumblings as to how DSJ is fitting in with his new found role as a part-time off ball player. It may be frustration with his play, the continued losing record, or his disdain for the new offense. Regardless of the reason winning cures all and when Smith plays well this team is much more dynamic and fun to watch.

Can the defense slow down Zach LaVine?

The former 2016 Dunk Contest Champion  Zach LaVine, is making a strong case why he deserves to make his first All-Star appearance this season. Averaging just over 27ppg this year, he has relished in the primary option in Chicago’s offense. His play has been able to keep the Bulls within striking distance most games, even with their star rookie Lauri Markkanen being sidelined.

The Mavs were able to pull out a win against Chicago despite LaVine’s 34 point performance in Dallas three weeks ago. With Wes Matthews questionable to play tonight, Dorian Finney-Smith will likely get the nod to start in his place and be in charge of slowing down LaVine.

The resurgence of the Mavs bench

Led by J.J. Barea and his 21 point outburst the MOB Squad (Mavs off the bench) erupted for 53 points in their victory over the Thunder. The Dallas bench more than doubled the 24 points from the Thunder reserves helping secure the outcome at home.

The Dallas veteran led bench was one of the very few bright spots of the forgettable 2017-2018 season. At times this year, they have been able to keep Dallas in games even when the starters have stumbled early on. There is really no player in the second unit who has yet to contribute meaningful minutes. The energy of Powell, the “Three and D” ability of both Dorian Finney-Smith and Kleber, to the uncanny ability of Barea dissecting the defense time and time again.

We have yet to see the reserves at full strength with Devin Harris just getting healthy and of course, Dirk Nowitzki, still recovering from offseason surgery. We can only imagine how special this second unit can truly be.