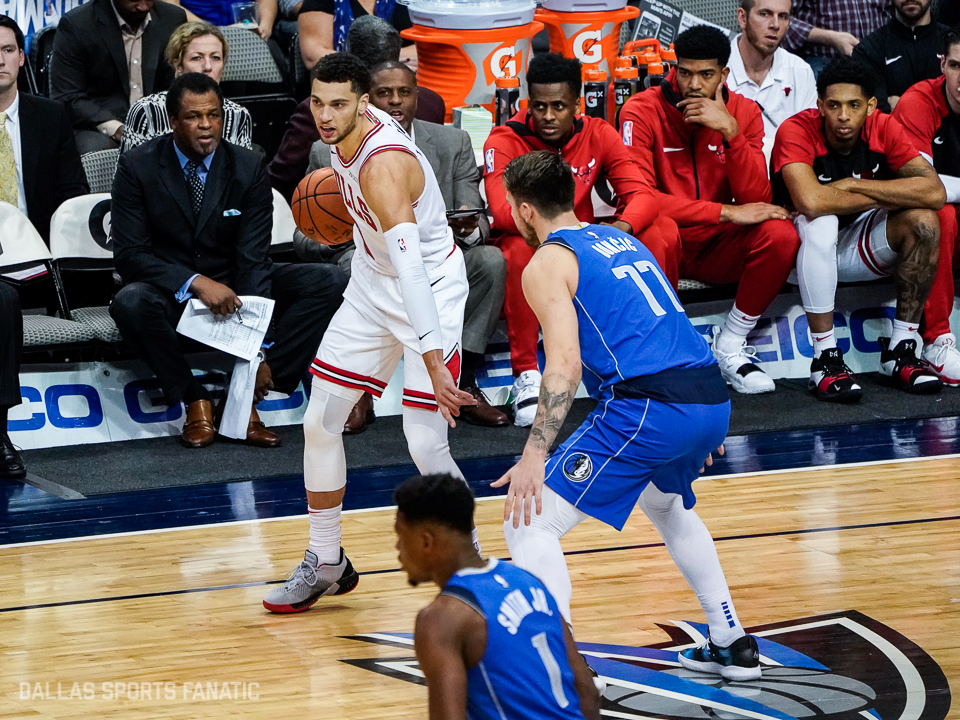 Road wins are hard to come by

Coming into tonight’s game, Dallas was winless on the road in six games. Yes, 0-6 in opponent’s gyms. But, tonight, that streak ended as the Mavs defeated the Bulls 103-98. For a team like Dallas who is still trying to figure each other and rotations out, winning on the road is a tough task. But for Carlisle and company, when the bench unit is making plays and your defense is playing the best it’s played all season long, winning games regardless of location is quite plausible.

Speaking of the defense, Dallas has held opponents under 100 points in their last two games, against both the Thunder and tonight against the Bulls. In those two games, the Mavs have held their opponents to shoot a combined 25.4% three point percentage. Where does Dallas rank in opponent three point % on the season, you ask? 30th. Dead last with a 40.8% from downtown. If the Mavericks can keep defending the long ball like this, whether it’s at home or on the road, this team can expect a few more W’s in the win column.

After a season-high 53 points in Saturday night’s win against the Thunder, the bench unit for the Mavericks followed that performance up with 46 points, led by J.J. Barea with 14 points, five rebounds, and five assists. Barea started the season off slow shooting the ball but has found his groove as of late to go along with his playmaking. The dynamic duo of Dwight Powell and Maxi Kleber added in a combined 23 points off the bench, as well.

One constant for the Mavericks this season has been the bench play. Any time the starters find themselves in a funk, Barea and company have been able to light a spark under this team to get them back on track. As you can see below, the plus/minus for the bench unit is what saved the game for Dallas. As the season moves forward and the starters continue to build their chemistry, the already strong rapport for the bench mob will be an important backbone for Dallas to lean on.

Harrison Barnes is finding his groove

Following missing the first four games of the season with a right hamstring strain, Harrison Barnes has been slowly shaking off the rust in these past nine games. Tonight in Chicago, looked a lot like the HB that Mavs fans have come very fond of. Barnes scored a season-high 21 points on 7/16 shooting from the floor. His movements looked fluid around the court and his jumper was as crisp as we’ve seen so far this season. The importance for Barnes to be Mr. Consistent as he has been over the past two years is important for the continued growth of this team.