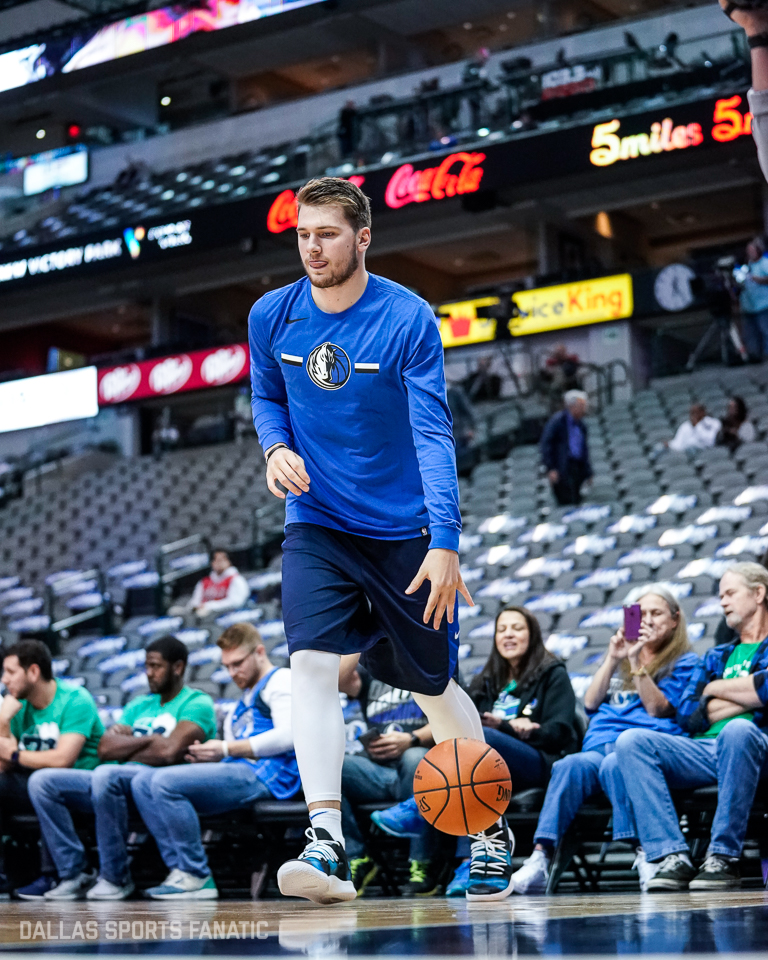 Three things we learned from Mavs loss in Toronto

Three things we learned from Mavs loss in Toronto

After a devastating loss to the Atlanta Hawks on Wednesday, the Mavericks headed north over the border to take on the 4-0 Toronto Raptors tonight. In what looked to be a blowout brewing in the first quarter, Dallas lingered throughout the whole game, though ending up losing the contest 116-107.

As Harrison Barnes made his season debut and Dennis Smith Jr. out of the lineup tonight with an ankle injury, Luka Doncic continued to lead the way with 22 points for Dallas, though it wasn’t enough against Kawhi Leonard and Kyle Lowry.

No matter the competition, Luka is ready

After an impressive showing in his first four games, Luka set his sights on going toe-to-toe with Kawhi Leonard tonight. Though Kawhi didn’t guard Luka through the entirety of the game, Luka held his own during the matchup. Doncic shot 50% from the floor and 4/5 from deep, leading the team with 22 points. Postgame, coach Carlisle mentioned that Luka was dealing with a sore back, which just adds to the many injuries this team is already facing. Nonetheless, the 19-year-old has yet to shy away from anyone across enemy lines. And I don’t see that ever happening; this kid is built for the bright lights. And even though Barnes’ is back in the lineup, he may not be the best player on this team for long. #77 is that impressive.

With Harrison Barnes back in the lineup, it was a foregone conclusion that Dorian Finney-Smith would be headed back to the bench (though the talking heads on Twitter may have preferred Wes). And it’s no debate that HB deserves the starting role, but Doe-Doe imprsssed in Barnes’ absence. Playing an average of 32.3 minutes per game as a starter, DFS surely proved that his game has improved  in all aspects. Defending multiple positions, acting as an underrated playmaker, and he’s shooting the ball more efficiently from outside, which was always his biggest question mark. Now, whether that means he gets some of Wes’ minutes, I’m not sure, but Doe-Doe looks to be a valuable rotation player for this team going forward.

The importance of DeAndre can’t be stressed enough

It’s been said before but it will continue to be preached; DeAndre makes this team so much better. Has he lost a smidgen of a step and athleticism? Sure, probably. But, he remains an effective rim protector and a rebounding machine. Landing his fifth consecutive double-double with 18 points and 15 boards, DeAndre now leads the franchise with the most consecutive double-doubles to start a season. Small sample size but that says something. Sure, there’s been plenty of defensive hiccups and miscommunication but it’s early in the season and there’s several new pieces to this puzzle. I can confidently say that without DeAndre, the Mavericks’ defensive and rebounding numbers would look 10x worse.

The Mavericks are back at the AAC on Sunday as the Utah Jazz come to town.