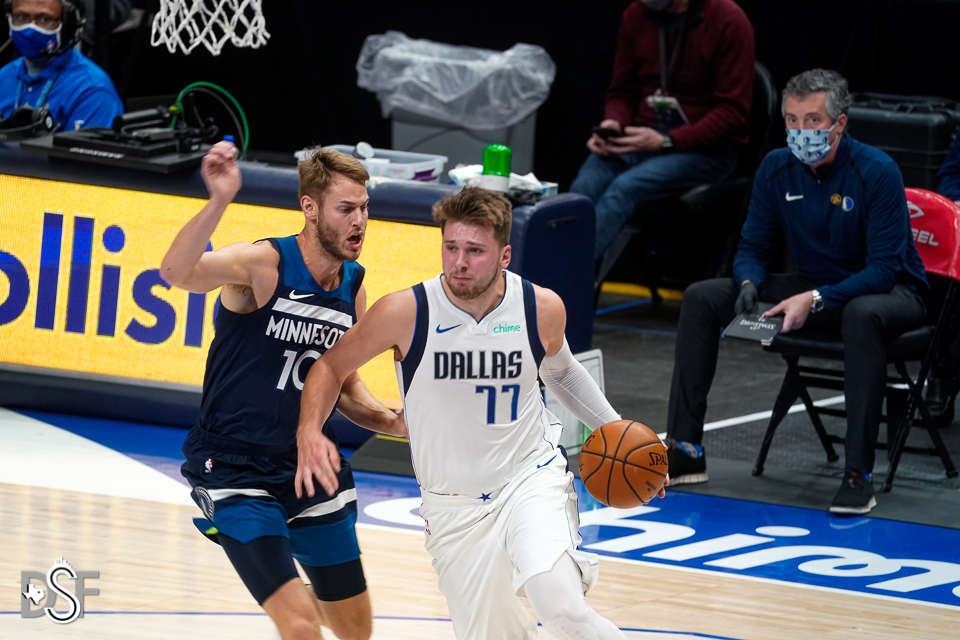 Three thoughts as Mavs pick up win against the Timberwolves

Three thoughts as Mavs pick up win against the Timberwolves

For a game that started so poorly, thing sure ended up just fine. The Mavericks were able to overcome a 16-3 deficit in the opening minutes of the game to pick up a win over the struggling Minnesota Timberwolves at the Target Center on Wednesday night.

No Luka at his best? No problem for one night
The Mavericks had a rare two days between games after their big win over the Trail Blazers on Sunday night in Portland. That didn’t stop them from coming out slowly against lowly Minnesota on Wednesday night. While the rest of the Mavericks eventually kicked it into gear, their best player never totally figured it out.

Luka finished with just 15 points, 4 rebounds and 4 assists on 6-16 shooting. While there were still some flashy plays, the hot outside shooting that had been present lately was nowhere to be found (2-9 from deep) and even the shots in the paint weren’t falling quite as frequently as usual. Dallas won’t be able to survive nights like this from Doncic very often, but they’re lucky to have several other quality players who stepped up on his off night.

KP’s big night
After a couple of tough games against the Trail Blazers, it was a great night for Kristaps Porzingis. The big man led the Mavericks with 29 points and looked great while doing it. The Mavericks started going to him often once they fell behind early in the first quarter and KP was ready to reward them. If you take away his 3-9 shooting from deep, Porzingis shot 8-14 on two-point shots on the night and looked nearly dominant in the paint against the Wolves defenders. There were a couple times where he wasn’t quite able to finish at the hoop, but at least drew a foul and then shot 4-4 from the line.

Bench comes up big
On a night where Luka Doncic scored half his usual point output, the Mavs needed their key role players to step up their point production. They got just that with a key trio off the bench as Tim Hardaway Jr., Jalen Brunson and Dwight Powell combined to score 53 points for the team off the bench on Wednesday night.

The Mavericks will make a quick trip home on Friday night to host the Indiana Pacers. It will