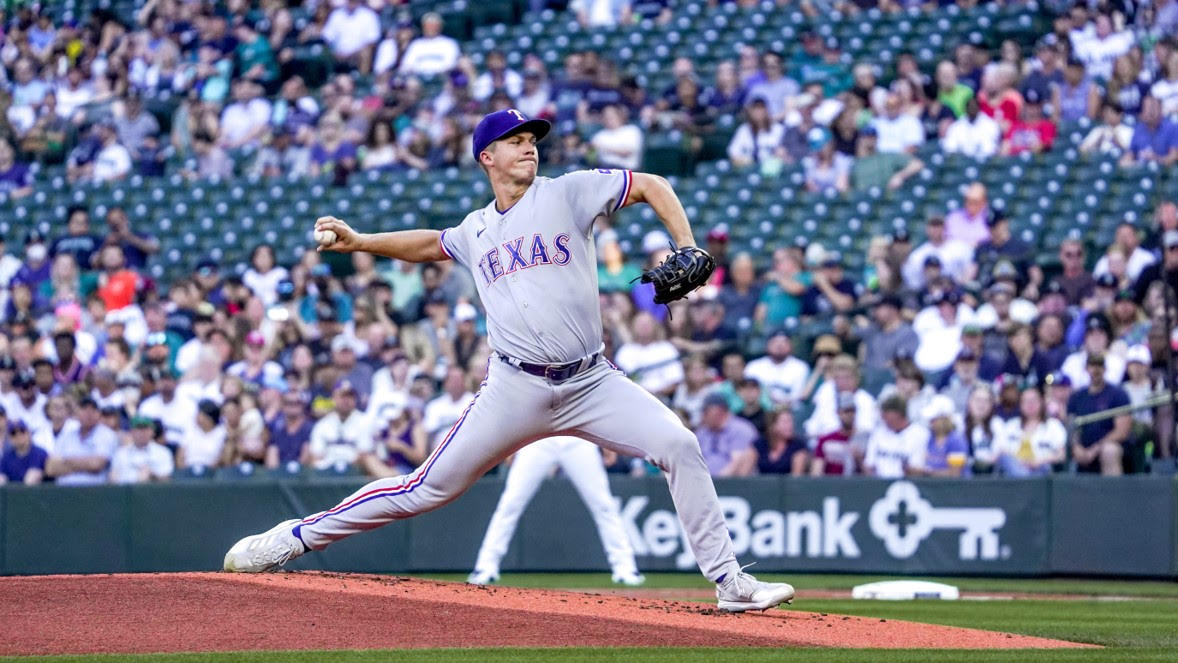 The Rangers had a goal of development for their starters in 2022. Cole Ragans is getting his first taste of the big leagues while Glenn Otto is navigating through his rookie season, and Dane Dunning’s 2022 comes with fewer restrictions. In the past weeks, all three have shown strides in their progress and areas of continued development.

Dane is the most established starter of the bunch. With fifty-six career starts under his belt, Dunning is showing signs of the quality pitcher the Rangers saw in the Lance Lynn trade but hasn’t kept the consistency Texas would like to see. “He’s being steady,” Rangers co-pitching coach Doug Mathis said. “We know he can be good, and he’s been good at times. [But] it seems like, at times when you think he’s getting over the hump [and] be a dominant force, he has a homerun he gives up.” One profound change I’ve noticed is the usage of off-speed in 2022 compared to 2021. Dunning has gone more to the slider and changeup rather than relying on the sinker over half the time. He talked about how much he’s learning how teams prepare for him. “I’ve learned a lot about myself about how teams prepare for me and how I need to go through my routine and go through what I need to be ready,” Dunning said.

A key for Dunning this season is being able to pitch more freely and not stress about limitations. “It’s great. It allowed me to be able to go and compete and do my thing,” Dane told me. “I know last year frustrated me a ton because [in] good games, I’m getting pulled out in the fourth and bad games getting pulled out in the third or fourth. It’s nice now that they’re allowing me to cruise through what I need to get done.” In 2021, Dunning averaged 74 pitches per start, while in 2022, he’s averaging 87 pitches per start. Now, Dane is still figuring out who he is as a pitcher, and with the evolution of his pitches, he is getting better. “Our goal is to get him better, and [Dane] wants to do better too. He’s dependable, covering innings, and he’s going to end up pitching over 150 innings this year which is huge,” Mathis said about Dunning. 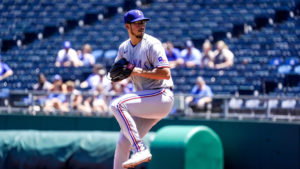 One significant comparison between Glenn Otto in 2021 and Otto in 2022 is the hits to walks ratio. Last season teams feasted on Otto’s pitches with an H/9 of 12.3. The ratio fell to 7.7, but his walks per nine from 3.1 to 4.9. Otto’s WHIP has moved down, but the first pitch strikes remain an area of opportunity (73 percent in 2021 compared to 54 percent this season). “He gets frustrated because a lot of time his tough situations are self-inflicted,” Mathis said. “He’s shown whenever he attacks guys on his own, he’s good, and the hitters have a hard time with him.” It’s an area that Otto continues to work on. “I’d like to go seven or eight innings these next five weeks if I can. I know I can do it, [but] it’s a matter of executing early, getting ahead, and not wasting pitches,” Otto told me after Friday’s game.

Confidence is vital for all young starting pitchers, but for Glenn Otto, it’s been an area he’s trying to work on throughout the season. One aspect in Spring Training Otto said was trusting his stuff. I asked him if he’s been able to do that. “It comes and goes to some degree. Some good days and some bad days, but overall I feel good about the progress I’m making. Now it’s time to take that next step [and] be able for my team to rely on me for at least six every time out,” Otto told me. Last season Otto was more of a two-pitch pitcher, rarely using his curveball and changeup. Now he’s used his slider less while mixing the other two complementary pitches. But, again, it all ties into confidence. “When he’s confident, he’s really good, but it’s the kind of trajectory of all young pitchers in general,” Doug Mathis said. “He’s got to find where if he believes in himself and find a way to go out there when he’s confident.”

A small sample size, but four MLB starts for Cole Ragans, and he’s shown impacts and strides against Major League hitters. “Kid battles, he prepares his butt off, very smart, [and] does his research on all the hitters he’s facing,” Mathis said. But, of course, it’s all a learning experience, and getting exposure to the Major Leagues in his second year back from double Tommy John is crucial. “He’s made some comments like, man, these are fouling off pitches. It’s like, yeah, it’s the big leagues,” Mathis chuckled. “He’s learning who he is and what works against certain hitters.”

Right now, the plan for Cole Ragans when he comes back is to continue to start. Mathis told me they wouldn’t push too hard with pitch count and innings and still have innings to work with. So whether his starts are limited, the Rangers will still have Ragans continue to start games. “Our goal is to get him to finish the season strong at the end of the year.” The Rangers placed Ragans on the 15-Day injured with a mild calf strain. Cole said he felt it at the end of his start Monday against the Twins, but it didn’t impact him leaving the game. 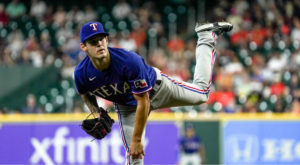 “It shows all the hard work they put in this offseason,” Jonah Heim said about the trajectories of all three guys. “Glenn was trying to fight for a spot on the team, and Dane was looking to get better as every pitcher should. When they can trust that their stuff is good enough and elite enough to get swings and misses in the zone, they’re going to be special.” Heim told me he’s noticing the confidence, which is never an issue. Struggles may be due to fatigue and whether the stuff moves one way one day and not as good the other. The key for all three is hooking to opportunities, finishing strong, and progressing.