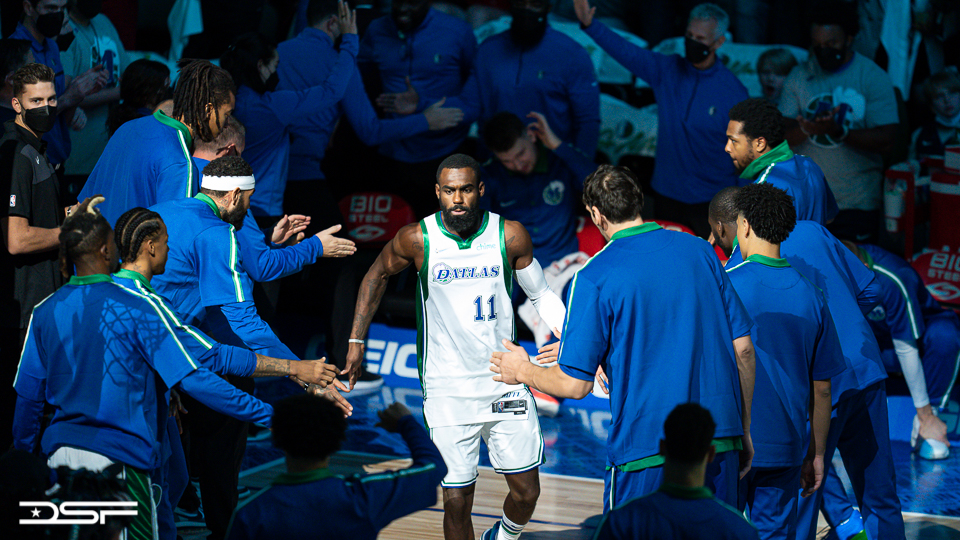 The 38-point loss to the Golden State Warriors was the least of the Mavericks worries on Tuesday night.

With under eight minutes remaining in the first half, Tim Hardaway Jr. went up for a lay-up and landed gingerly on his left leg. Following two attempts at the free throw line, Hardaway Jr. collapsed to the floor, forcing the Mavericks to foul for him to get helped off the floor to the locker room by trainer Casey Smith and teammate Theo Pinson.

Shortly after being ruled out for the game by Mavericks PR, it was announced that Hardaway Jr. suffered a fifth metatarsal fracture on his left foot, which puts him out indefinitely.

Tim Hardaway Jr. suffered a fracture of the fifth metatarsal on his left foot in tonight’s game at Golden State. Updates will be given when available.

Following the loss, Jason Kidd spoke on losing Hardaway Jr. “I just heard the news. It’s sad. Next steps is doing what he has to do to get that fixed,” Kidd said. “Don’t know if we can make up for Tim being out. He’s one of our veterans, one of our leaders. Frank, Theo, those guys are going to have to step up.”

Jeff Stotts, trusted NBA injury analyst, said on Twitter that the average games missed due to a fracture of the fifth metatarsal is 42 games.

The absence of THJ leaves a hole on the Mavericks bench, who despite having a down year shooting from deep, is leading Dallas in bench scoring with 14.3 points per game.

With the NBA trade deadline just over two weeks away, Nico Harrison and company have a decision to make.