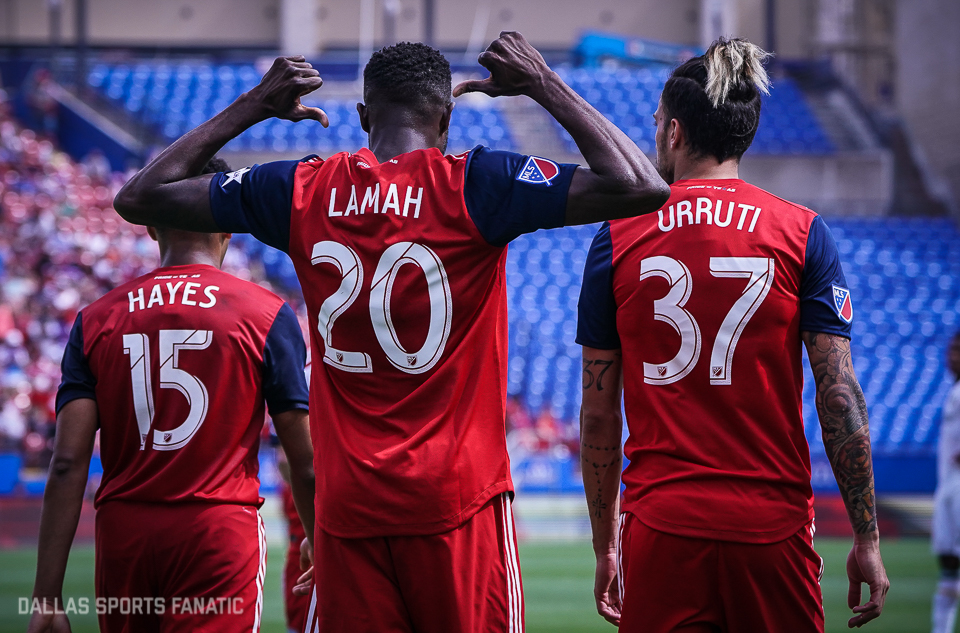 After narrowly escaping with three points and a 1-0 win over Toronto FC on Friday night, FC Dallas are set for a midweek battle in LA against the Galaxy on Wednesday night and a quick turnaround for a matchup with LAFC on Saturday night.

In the win over Toronto Friday night, we saw Maxi Urruti continue his great form with the lone goal, and an incredible performance in net from Jesse Gonzalez who was making his first start of the season in MLS play. FC Dallas got their early goal and did everything in their power to hold on to that narrow lead.

In Toronto we saw Maynor Figueroa get the start at left back for Anton Nedyalkov, who we now know will be out 6-8 weeks with a broken collarbone. FC Dallas will go into Wednesday night without their captain and anchor at the back as Matt Hedges will be suspended with yellow card accumulation, after picking one up against Toronto.

We’ve seen the depth in attacking options on this team throughout the season, now it’s time to test that backline and their depth. They’ll be missing two starters in Nedyalkov and Hedges, so we’ll likely see Maynor Figueroa make his third straight start, this time at center back next to Ziegler. I would expect Ryan Hollingshead to get a rare start at left back, but the changes might not be only on the backline.

We’ll see how Oscar Pareja rotates the squad with a busy schedule. Victor Ulloa got the start over Carlos Gruezo on Friday, and I’ll be curious to see if he rolls out that again, or if he returns to the Acosta-Gruezo pairing, or I wouldn’t be surprised if Acosta doesn’t get the start as he is still working his way back to full fitness. Maybe we see another start from Jacori Hayes in the midfield with Gruezo/Ulloa. The options are endless as that is definitely FC Dallas’ deepest spot on the roster.

One change I would not be surprised to see is Roland Lamah returning to the starting lineup, as he was on the bench against Toronto in what could have been a squad rotation move or just a tactical decision. Lamah returning would likely mean Michael Barrios, who is continuing to struggle this season, returns to the bench.

Mauro Diaz didn’t get the start against Toronto, but if I were a betting man (which I am), I would bet on him returning to the lineup against the Galaxy after putting in such a strong performance against them two weeks ago.

Oscar Pareja has some difficult decisions to make during this stretch, but no matter who gets called on I would expect them to be ready. Pareja preaches the importance of competition in training and guys fighting for their spots, but now these guys get to fight for those spots in competitive matches.