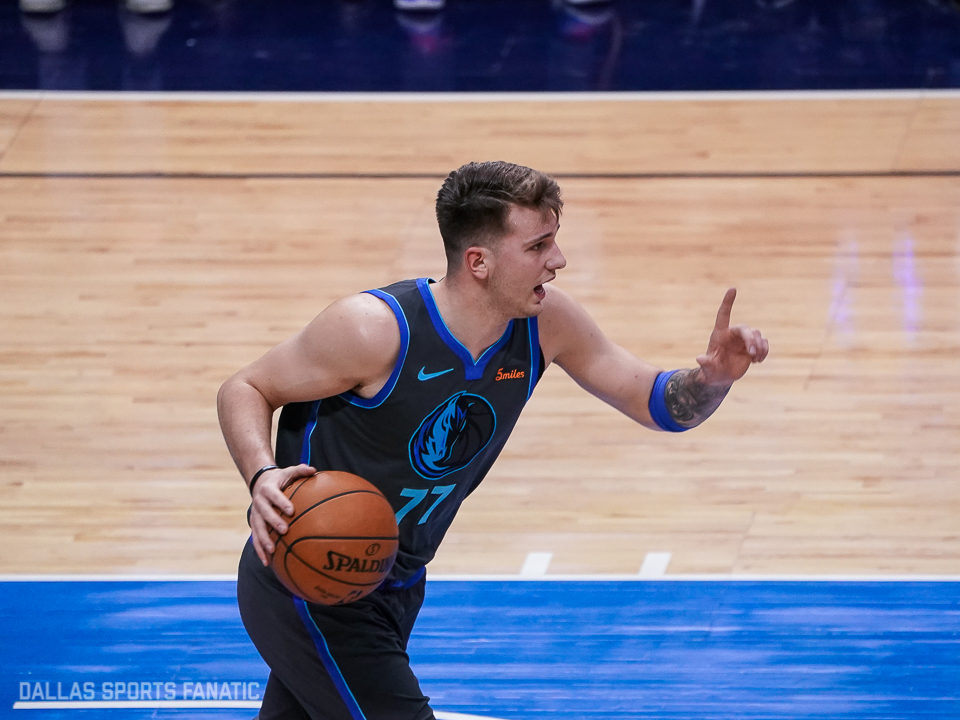 Trademark or not, Luka Doncic is still considered “The Matador”

Trademark or not, Luka Doncic is still considered “The Matador”

A few months ago, reports came out that the Dallas Mavericks were denied trademark copyrights on “The Matador”. It seemed to many Maverick fans relief that this might be a sign the nickname would not stick for Luka Doncic. After all, the young star has many names “The Chosen One”, “The Don”, “Cool Hand”; so why not “El Matador”?

Luka Doncic's trademark applications for EL MATADOR and THE MATADOR have been refused by the USPTO.

The USPTO found 20(!) other pre-existing MATADOR trademarks that it says are too similar to Luka's marks.

In sports, to be given a nickname is kind of a big deal. They are typically earned via consistent play or defining moments. Unless you’re Kobe Bryant and you decide to give yourself the nickname “Black Mamba”, which is almost the equivalent of throwing your own birthday party, or Will Ferrell asking to be called “Nighthawk” in Step Brothers.

So what makes a great nickname? The meaning, or how cool it sounds? Let’s take a quick look at some of the past best NBA names and why The Matador fits Luka perfectly. A few nicknames might seem a bit bland at first until you dive deeper into the origins.

When you think of the mailman, what image comes to mind? Is it monster dunks or physical strength bulldozing the opponent? Or is it the person walking door-to-door to drop off mail occasionally dodging a loose dog here and there?

To understand this name think of what a mailman does? They deliver! “Rain, snow, or shine the postman comes on time”, that was Karl Malone. He could be counted on to deliver night in and night out and there was nothing that was going to stop him. The two time MVP, 14x NBA All-Star was “The Mailman”

“Spud” Webb is the name most NBA fans are familiar with and why not? Anthony Webb played next to the “Human Highlight Reel” and won the 1986 NBA Dunk contest standing at 5’7″. To make it into the league at such a small stature is extremely impressive especially when he was told most of his life he was too small.

But how did “Spud” get his nickname? It must be something to do with being a “small fry” or his play on the court. It actually has nothing to do with basketball but the way his head looked when he was born…yep that’s right. Spud got his name from his grandma, who thought his head was a weird shape and looked like the Soviet satellite Sputnik.

Tim Duncan’s game, for the most part, was never flashy. Sure, he had some posterizing dunks, huge blocks but that wasn’t who he was. He was just solid in every way; footwork, positioning, angles, post control, etc. The nickname was bestowed upon him for having no weaknesses and was more than adequate in those areas he was ‘Big”. The five-time NBA champion was a handful for defenders as he earned the title thanks to his all-around game.

Watching Luka this season was a real treat for the entire NBA. With little doubt, he will soon be named the 2019 NBA Rookie of The Year on June 24th. He can control the game, play his style while playing at his pace. He dominates with his skill and savvy rather than freak athleticism. But most of all, he enjoyed the moment and played to the crowd as a Matador would.

Perhaps the American people are just unfamiliar or take for granted what a Matador does. First, it takes guts to stand toe-to-toe with a 500lb raging bull staring you down, with full intent on demolishing you. Then there is the flair for the spectacular, nothing is done by the performer without showmanship. The Matador is always in control, outsmarting the bull every step of the way.  All while doing this with what appears to be minimal effort and enjoying every moment. There is a real reason bullfighting has been outlawed in many counties and will hopefully soon be done all together. Matadors are deadly. They have the killer instinct that everyone wants in a star.

But above all else, they entertain! They get the “oohs” and “ahhs” no one else can. The moniker might never stick but considering Doncic’s game and history with Real Madrid, the nickname fits just right. He can’t be “The Wonder Boy” forever. Derek Harper said it best “Luka Doncic is like a Matador. He was born to entertain… he simply has it.”