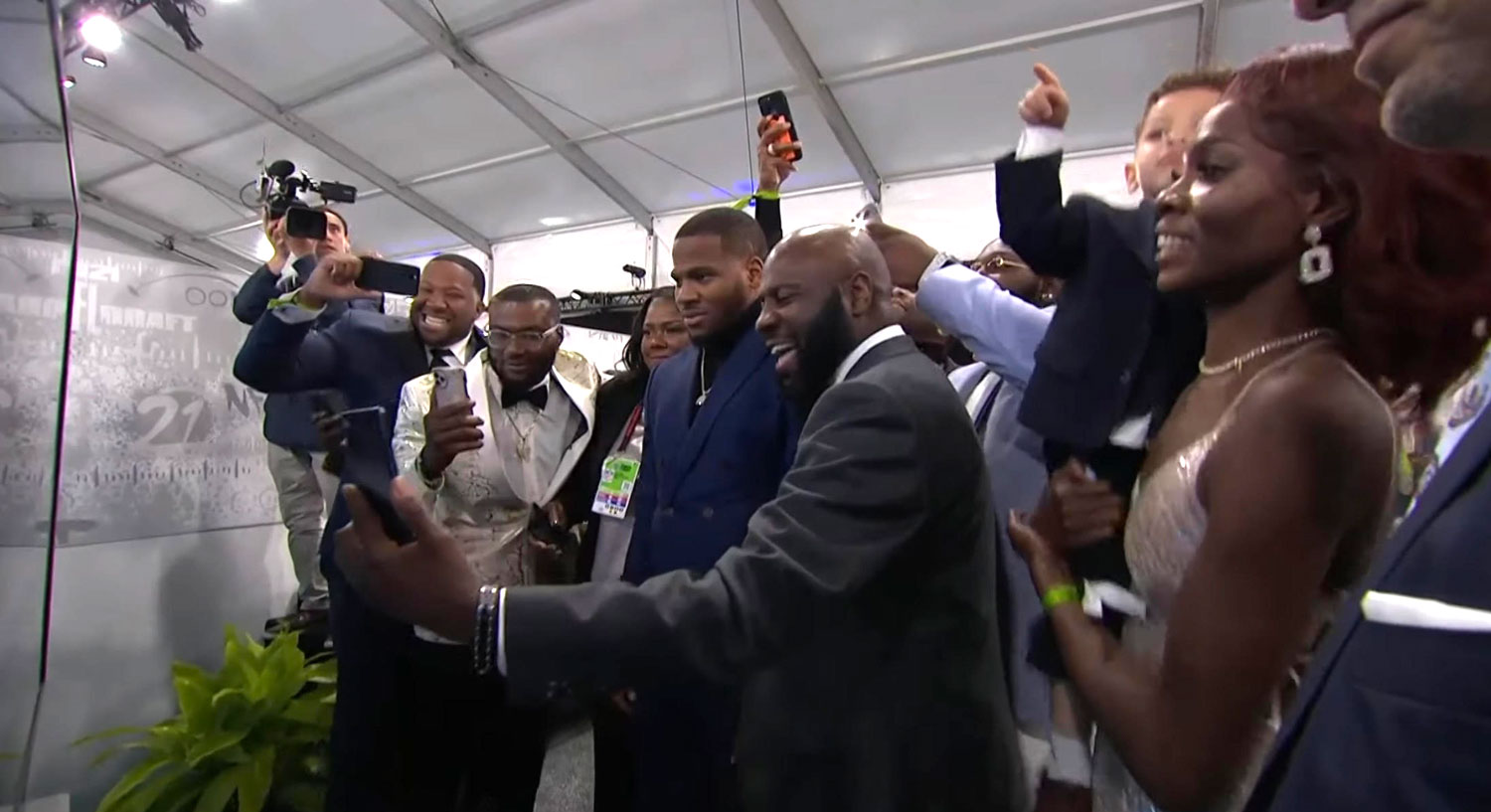 I slightly preferred Patrick Surtain over Micah Parsons, in part bc of CB need, but only slightly. Micah is high character, high motor, high talent. He will IMMEDIATELY be the best player on the Cowboy defense (which you can argue isn't saying that much). But he'll make Pro Bowls

Scoff all you want, Cowboys nation. This is an excellent pick. The guy is a baller with an attitude. #micahparsons

The Micah Parsons’ pick will be a good one for the Cowboys. He’s a difference maker and a LB with legit pass rush skills. Fast, athletic and explosive. #NFLDraft

Cowboys pick up a 3rd round pick AND get Micah Parsons. That’s a win.

Passing on Rashawn Slater for Micah Parsons is crazy to me.

Good for Micah Parsons. This is where he wanted to be.

And good for the Cowboys. They made lemonade when they lost the corners. Picked up another top 100 pick, and got a player they like a great deal.

Jerry Jones to Micah Parsons: "You don't think it's too big for you to be a Cowboy, do you?

Jerry: "Coach Dan Quinn is smiling from ear to ear."

Mike McCarthy: "Linebacker U, you got to keep the tradition going. You're a great fit for us, young man."

I wish we could've talked to Dan Quinn at some point this spring, but if I had to guess, he sees Micah Parsons as someone who can rush the passer in addition to having ridiculous sideline-to-sideline speed.

Cowboys upgraded their defensive talent. Now, let's see how they yse him

Micah Parsons tell us he's not even close to his ceiling. Mentions how he's never had the opportunity to just learn one position in his career and has only been an off ball LB for two years.

I'm 38. I've been doing this for 21 years. I've covered a ton of guys who have made it to the league. Some who had very good careers. The Dallas Cowboys just picked the best athlete I've ever covered. I don't think they're going to regret Micah Parsons.

Remember that one time Micah Parsons went to the #Huskers’ Friday Night Lights Camp and was the best LB, WR and DB there? That was quite the experience. pic.twitter.com/aq5KisQ8LV

Ultimately the Dallas Cowboys took Micah Parsons in the best possible way imo:
– Picked up a top 100 pick
– Kept DeVonta Smith away from the bigger division threat
– Maximized value on the fly after seeing both Horn and Surtain taken directly in front of them

Micah Parsons is expected to be the Cowboys' Mike linebacker for years to come. Could mean Jaylon Smith at Sam and Leighton Vander Esch at Will in 2021. LB convert Keanu Neal may be busy at safety for Dallas after all.

Micah Parsons has not scratched the surface on his potential as a LB (transition from DE in HS and 2020 opt out).

Dallas’ explosive offense was a draw.

“I think I’m gonna go against the best offense in America the whole season, so it’s only going to make me better.”

Can I come see luka?!