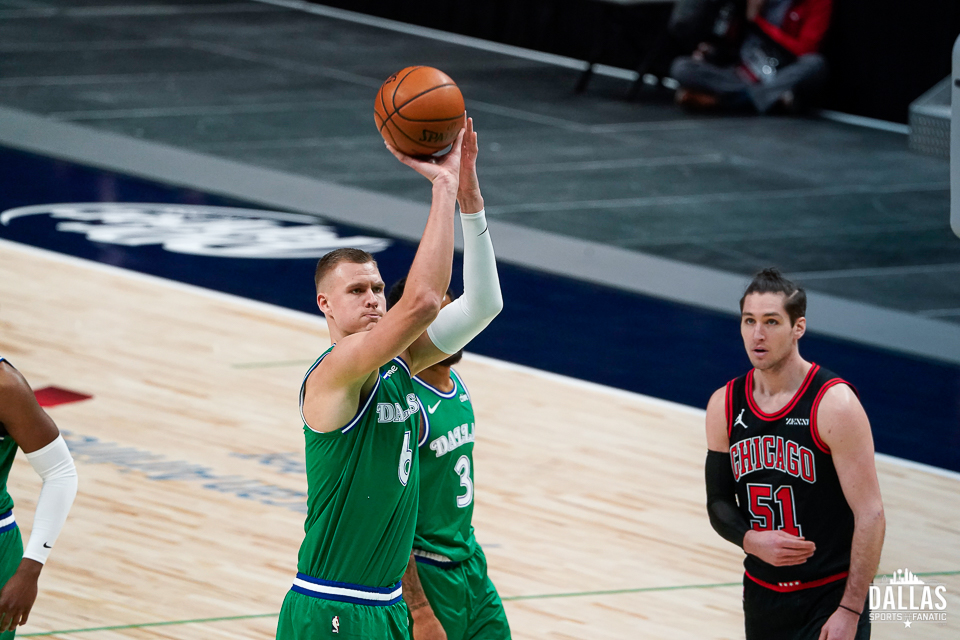 In a game where the Denver Nuggets (10-7) lost its dynamic guard Jamal Murray due to a flagrant two call after seemingly intentionally hitting Tim Hardaway Jr. in the mid-section, the Dallas Mavericks (8-9) were still unable to come away with the win, losing 117-113 after squandering a 106-104 lead with less than four minutes left.

Luka Doncic put on a show with a coast-to-coast slam and awe-inspiring alley-oops to teammates, finishing with his sixth triple-double on the season with a stat line of 35 points, 11 rebounds and 16 assists as well as a block and four steals.

But he also coughed up a costly turnover in the waning minutes, coupled with poor play from Kristaps Porzingis plus a dagger from Denver’s Michael Porter Jr. and the Nuggets ultimately came out on top.

What Luka Doncic brings to the court is a known commodity by now. The man has set every record you could imagine by young-person-age-’X’ and isn’t stopping soon.

Kristaps Porzingis presents the opposite side of the coin. Perpetually unavailable, Porzingis has never shown the ability to use his unique skill set consistently and showcase it for an extended period of time.

Over the last seven games the Mavs have two wins compared to five losses.

In the two wins, Kristaps Porzingis has averaged 65.6% shooting from the field while hitting 50% from behind the three-point line.

In the five losses, he was rested due to injury maintenance in one, he shot 41.4% from the field and 20% from three-point land.

With Maxi Kleber on the bench, the Mavs are relying on KP more than anyone else to draw the defense away from the paint, and when he can shoot efficiently the results are great.

But when he can’t find a rhythm, it craters the entire Dallas offense.

KP reentered the contest with 2:49 remaining and it resulted in two fouls (one offensive), two turnovers and a split pair of free throws down the stretch.

While no one man can be the cause of a loss in most cases, when Porzingis doesn’t play efficiently the Mavs have floundered.

Wrong side of the rebounding column

The Dallas Mavericks have struggled to rebound well over the past seven games, only gaining the edge once over the Indiana Pacers who were without Myles Turner, the league’s leading shot blocker and averages seven rebounds per game.

Over that seven game span, Dallas has lost the rebounding battle by an average of seven rebounds, which is seven less opportunities to score than the opposing team.

In tonight’s matchup, the Mavs gave up 49 rebounds compared to their lowly 34, easily the lowest over that stretch and lost by the widest margin, a whopping 15.

While some may point to the absence of Maxi Kleber and Dorian Finney-Smith as key reasons during this stretch, KP and Willey Caulie-Stein only managed to muster nine boards, an incredibly low number between the two seven-foot-tall starting members of the front court.

Yes, teammates willingly give Luka rebounds in order to push the ball in transition almost graciously, but without rebounding to end the possession, the recently improved defense played prior won’t matter.