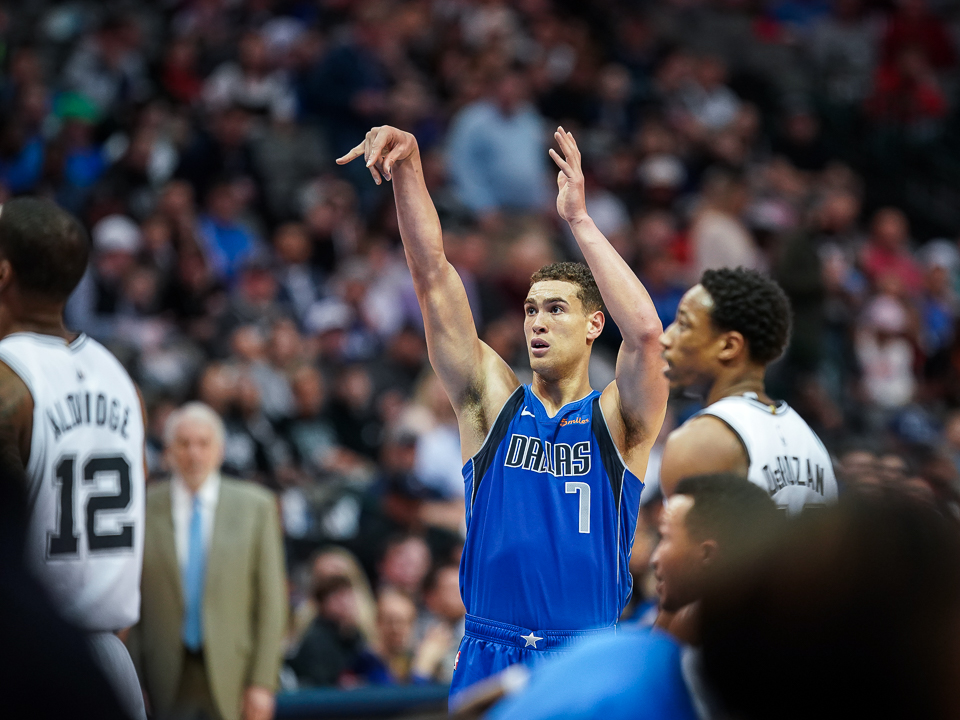 Two things to watch for as Mavericks visit Denver

Two things to watch for as Mavericks visit Denver

The 27-40 Dallas Mavericks travel to Denver to take on the 44-22 Nuggets tonight on TNT. Dallas is coming off of a 112-105 loss to the San Antonio Spurs on Tuesday. Denver also played their last game on Tuesday, a dominating 133-107 win against the Timberwolves. Since the All-Star break, Dallas has gone 1-9 and are currently on a six-game losing streak. In that same time, Denver has gone 5-4, including 2-4 record in their last six games.

Luka Dončić has been the Mavs go to guy since they traded away 80% of the starting roster at the trade deadline. It is no surprise that when he struggles so do the Mavs. In their last game, Luka struggled mightly while trying to battle through a sprained knee. He finished the game against the Spurs with 12 points, 7 assists, and 9 turnovers while shooting 28% from the field. The lowlight of his stat line was in the free throw column. Dončić went 1-9 at the free throw line. It was by far his worst game as an NBA player. The good news is that it only took 67 games for him to have a dud like this – not too bad for a rookie.

Luka is currently listed as a game-time decision. If the cannot go, or the Mavs hold him out, Dallas will rely on Jalen Brunson to run the show. Brunson had his best game as a rookie during Luka’s worst game on Tuesday. Brunson finished with a career high 34 points with 4 assists, 5 rebounds, and only one turnover. Keep an eye on the Mavs 2nd round pick to continue his impressive play as of late.

The Mavs went from a decent rebounding team with DeAndre Jordan to one of the worst rebounding teams in the NBA since the trade. Coach Rick Carlisle has mentioned rebounding to be an issue for this team many times after games and wants his guards to do a better job of rebounding. They will need to listen to his requests tonight as Denver is the sixth best team in the NBA at rebounding. Denver averages 48 rebounds per game to the Mavs 45 (40 in the last 15 games, good for 27th in the NBA). Giving Nikola Jokic multiple opportunities to score by getting beat on the glass will surely hurt the Mavs chances to win. The rebounding battle has plagued Dallas for years and is something to keep an eye on tonight.