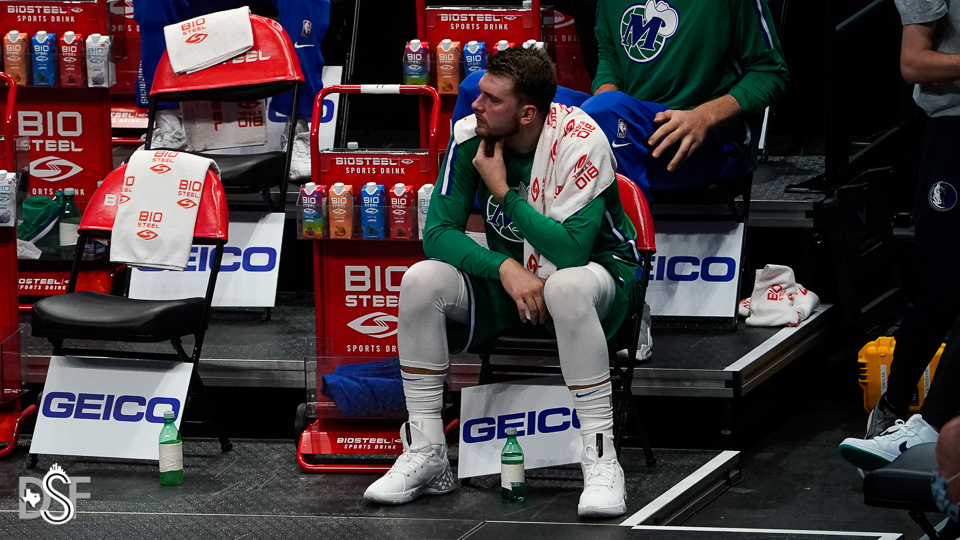 The phrase one step forward and two steps back has unfortunately become the motto of the Mavericks this month. After a 117-109 loss to the New York Knicks at home on Friday night, the Mavs fell to 30-25 on the season and just 5-4 in the month of April with several losses that have raised eyebrows.

While Friday’s loss to a Knicks team that is now 30-27 on the season isn’t a “bad” loss, it’s one most thought that Dallas could handle on their own court. The same could have been said about last Sunday’s loss to the Spurs, and there was no excuse for the April 7th loss to the Rockets who have lost five straight since beating Dallas and sit at just 14-42 overall on the season. For a team that is absolutely trying to rev it up and improve its postseason positioning, Dallas certainly isn’t playing with the intensity it needs to.

Friday night’s loss was the first game of a five-game homestand, so at least they’ll be able to get a little more rest with the lack of travel and late night moves from one city to another, but unfortunately Dallas plays worse at home than they do on the road. After Friday, the Mavs are just 13-13 at home and 17-13 on the road. Surely there are a ton of factors that play into that like quality of opponents on each side of that spectrum, but they often come out so flat in games at home and Friday was no exception.

“The start to the game really hurt us,” Rick Carlisle said after the game. “A nine point deficit at the end of the first was a big hole.”

“We just have to pick it up in that first quarter. We have to start coming out a little better,” Dorian Finney-Smith said. “When it is easy for us to score, and we are just trading baskets, that is never a good sign for us. We just have to step it up defensively.”

Playing defense is obviously important, but what’s standing out lately is that the Mavericks aren’t even looking that great on offense. The good times of February and March are gone and so many possessions feel like battles just to find a good shot.

For the season, Dallas ranks 26th in pace and 26th in team assists per game. So the offense moves slowly and the ball doesn’t move too well. Despite those two stats, they still rank 11th overall in offensive rating.  So is that the Luka Doncic experience? The ball is going to stay in the hands of an absolute half-court maestro and he’s going to use up the shot clock to find a shot for himself or a teammate. When it’s clicking, it’s great and elite. It’s not clicking right now.

The Mavericks have had to fight their butts off to get back to up and over the .500 mark after a 9-14 start to the season. That makes them now 21-11 in their last 32 games. You aren’t able to just cruise to that mark whether you’re the Mavericks or a title-contender like the Nets or the Jazz. A 21-11 winning clip over the course of a normal 82 game season would be a 54 win team and the Mavs would sign up for that right now if they could guarantee it. Unfortunately, they cannot. The Mavericks still have to play this final stretch of their season that is certainly easier when you just look at the opponents winning percentage, but it’s chocked full of challenges on the back-to-back front. It’s April 17th, but Dallas still has seven more games before the end of April.

The team is tired after such a strong stretch. While Luka Doncic and Kristaps Porzingis have been getting occasional nights off for rest, there are nights like Friday night where they both played over 38 minutes of a physical NBA game trying to handle the likes of Julius Randle who was absolutely on a mission. Rick Carlisle has also shortened his rotation and Friday was no exception with only nine players checking into the game.

The Mavericks are in a lull right now. They need to catch their breath for a minute. Unfortunately, they don’t really have the time to do it. With just a month left in the season, their finish will certainly be an interesting ride.