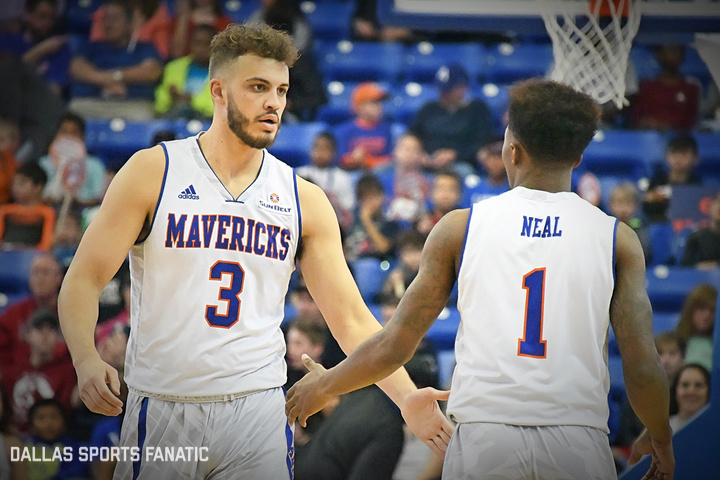 UT Arlington gets the job done against ULM, 71-55

UT Arlington gets the job done against ULM, 71-55

The UT Arlington Mavericks hosted the University of Louisiana at Monroe Warhawks in what resulted as a 71-55 victory for the Mavs Saturday evening.

Forward Kevin Hervey led the Mavericks (13-8, 4-4) in scoring with a total of 21 points and eight rebounds, including a three-point buzzer-beater at the half.

Forward Davion “Sticks” Turner finished the night with 10 points, three rebounds. Turner, who Hervey considers a little brother, is regarded as one of the most efficient players by Coach Scott Cross.

“He has a lot of potential and he’s extremely confident,” said Hervey. “I kind of see a lot of myself in him. I think he’s a tremendous player for us.”

The Mavericks put on a much more consistent performance after Thursday’s rocky loss to Louisiana. They were seemingly more focused and locked in, which may have been a factor in relieving pressure to redeem themselves.

UTAs defensive play was dominant throughout the game holding ULM to 31% in shooting and seven offensive rebounds.

“I felt like we had some toughness and grit,” said Coach Cross. “I’m very pleased with the way things went and hopefully this is a game we can build off of.”

Next up the Mavericks will travel to face Georgia State next Thursday night.