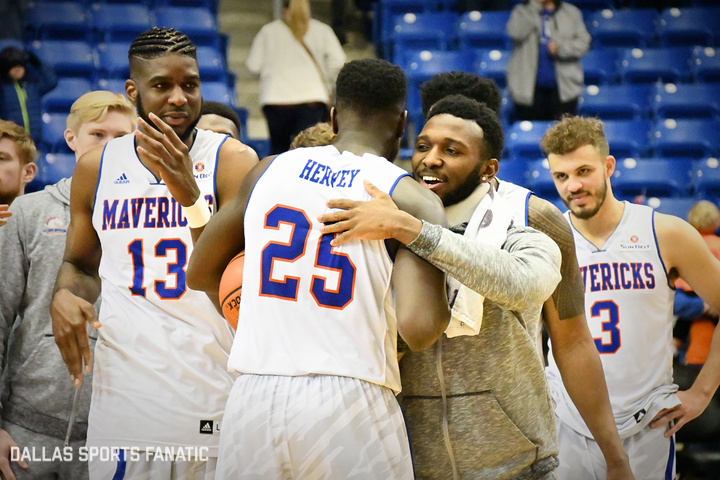 The UT Arlington Mavericks took on in-state rival Texas State in a 70-68 overtime thriller Saturday evening. The is the first time the Mavericks have taken a game into overtime since 2016 at home against Louisiana.

A 33-point season-high performance by senior forward Kevin Hervey led the Mavericks (16-10, 7-6) to victory against the Bobcats (14-12, 7-6), tying both teams for fourth place in the Sun Belt division.

Hervey set a new record after grabbing his eighth rebound during overtime making him the program’s all-time leader in career rebounds with a whopping 858.

“These guys are our rivals. They’re good people, but we don’t really like them,” said Hervey. “Their mantra is also being tough and getting physical so we wanted to be the more physical team tonight and the tougher team and I think we did that.”

This marks the third straight win for the Mavericks earning  them the opportunity to compete in the conference tournament.

“We needed one of these games,” said Coach Cross. “It’s a huge win for us. I’m very, very thankful that our guys have us the opportunity to do that.”

Senior guard Erick Neal finished the night with 17 points, eight rebounds and five assists. Senior center Johnny Hamilton had nine points, 12 rebounds and two major blocks that got the crown on their feet.

Next up, the Mavericks will travel to face the University of Louisiana at Monroe on Thursday night. Will the Mavericks claim their fourth-straight victory?

“It’s gonna be a tough game. They just beat Georgia State at Georgia State so we know we’re gonna have our hands full,” said Coach Cross. “But that’s the Sun Belt. At any given night anybody can win, so we better be ready to play.”