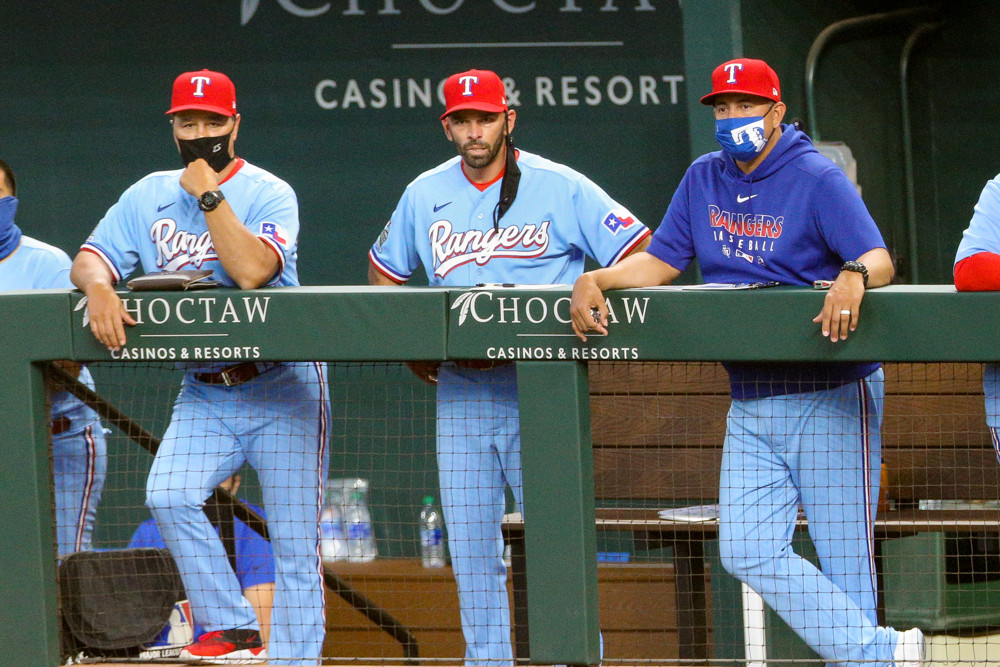 What does the future hold for Joe Palumbo with the Rangers in 2021?

What does the future hold for Joe Palumbo with the Rangers in 2021?

In June of 2019, folks showed deep excitement when the Rangers announced Joe Palumbo would make his major league debut. He is a lefty arm that could make his mark in either the rotation or possibly a future closer. At the time of his debut, the book on Joe was the filthy spinning four-seam fastball with a surprise breaking ball that he can throw at any count. In his six triple-A starts in 2019, Palumbo piled up 39 strikeouts in 27 innings while allowing nine runs. He made his debut, and it didn’t exactly go as planned. Eleven days later, Joe allowed seven runs in an outing against Cleveland. Finally, he left the August 20th game against the Angels with a blister issue. Palumbo threw six more innings to finish 2019.

Striking out the first batter you ever face in @MLB is a pretty big 💪.

Since 2016, Palumbo has dealt with ulcerative colitis. It’s an inflammatory bowel disease that causes ulcers and inflammation to the digestive tract (Mayo Clinic). Rangers’ pitcher Kyle Gibson also is diagnosed with UC. However, it didn’t become public knowledge until last year after the club placed Palumbo on the injured list in early August. “The flare-up that I had last year was the first time I’ve ever experienced any complications,” Palumbo said Saturday.

If you recall, Rangers fans Palumbo took over for an injured Corey Kluber on July 26th and dominated the first two innings. It was the third inning where complications came. “Even my Velo went down, I remember,” Joe told me Saturday. “I kind of just get fatigued and kind of lose energy. When I was pitching last year, I wasn’t feeling my best, but I tried all I can do. It came to the point where I couldn’t show up to the field anymore.” Palumbo pitched again five days later but only threw 15 pitches and recorded an out on two walks. Nine days later, Palumbo was rushed to the hospital by his cousin, Jeremy Larkin, and stayed there for five days. He began camp last year at an even 200 pounds and in a short period lost 35 pounds. On Saturday, Palumbo says he feels great physically and is good to go.

Where does the club see Joe Palumbo in the future?

It’s a tricky situation and one that the Rangers want to handle with care. Even in a case where Joe felt awful in 2020, he still managed to throw two excellent innings, including four strikeouts and getting now Cardinal Nolan Arenado, to groundout weakly. For Chris Woodward, Palumbo starting is not out of the question. “It’s tough to say. I would love not to rule out starting. I think that’s the progression to that, though,” Woodward told me. Palumbo could be a name utilized for a piggy-back role with another arm (like righty Kyle Cody). However, a little time may pass before the club gives that opportunity, considering Palumbo’s situation.

The stuff Palumbo brings to the table is fantastic. He can wipe out left-handers, which is essential for a lefty pitcher, and the Rangers have taken notice. “It was power stuff,” Woodward told me. “He introduced that slider. He always had that fastball and curveball with a really electric fastball, especially at the top of the zone. Once he got that slider, it changed things for him.” For now, it’ll be about getting on the big league roster for Palumbo and a two to three-inning bullpen arm. Who knows, if the success mounts, Joe Palumbo could be another closer candidate for the Rangers.