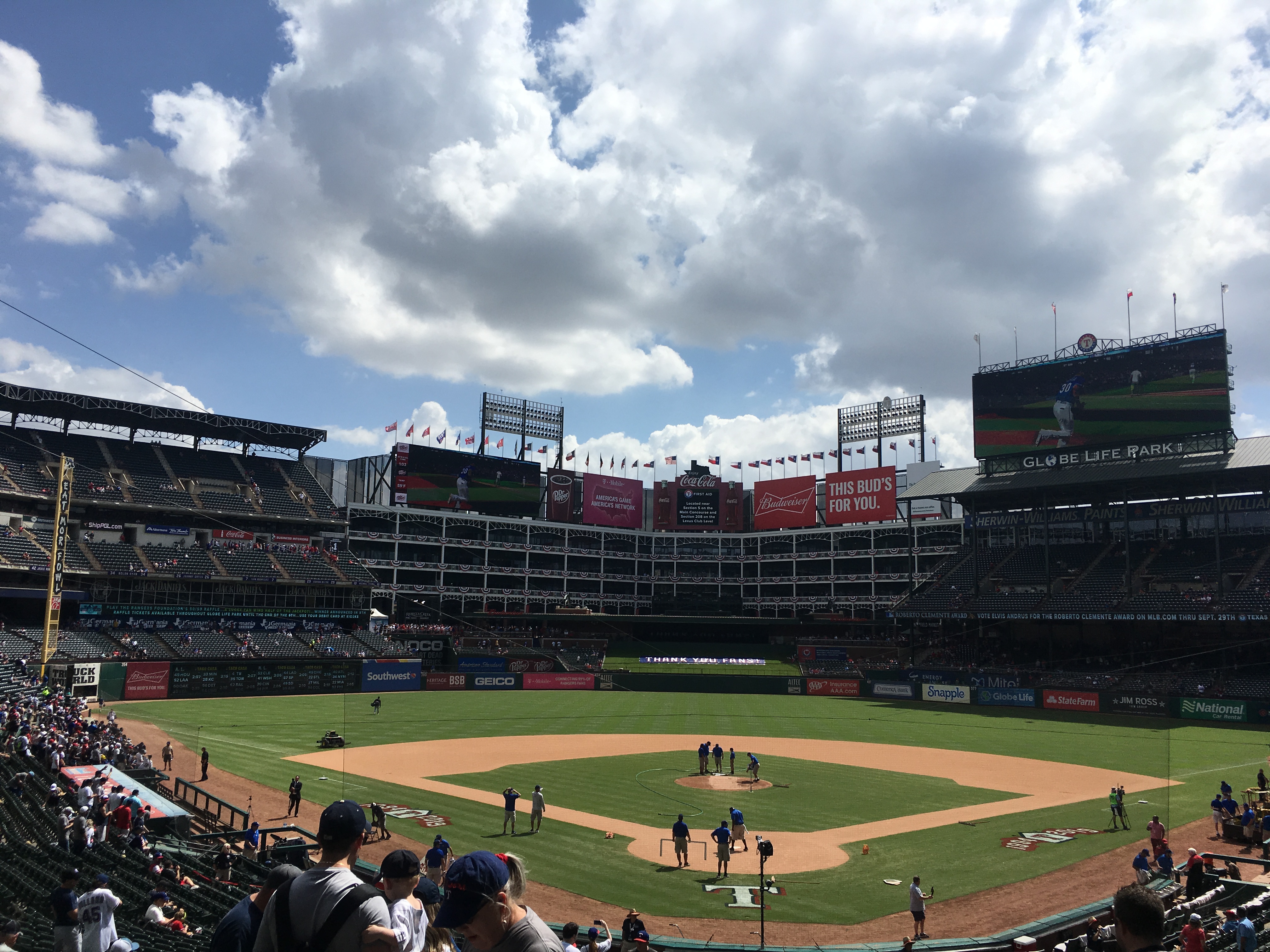 What does the future hold for the Rangers old Globe Life Park?

What does the future hold for the Rangers old Globe Life Park?

It’s strange what all can happen in less than a year. Eight months ago, the Rangers and their fans gave a hearty farewell to their home of twenty-six seasons. Since then, the park converted to a football field to support the Dallas Renegades of the XFL. However, due to the COVID-19, the XFL reached the likelihood of breathing its last breath. Next, an agreement met between the Rangers and Arlington ISD to host at least one high school football game at good ole Globe Life Park. At this point, the use for the old Rangers’ stomping grounds includes high school graduations for Garland ISD, but a lot of these events are temporary for a $191 million stadium, built twenty-six years ago. Where does this leave The Temple?

What’s going on in the XFL?

Well, rumors spread that the XFL isn’t dead yet. According to the Athletic, XFL president Jeffrey Pollack contacted both “The Dome at America’s Center” (St. Louis’ stadium), and CenturyLink Field (Seattle’s stadium) about reinstating lease agreements. Also, there’s a chance Vince McMahon looks to buy the same league he filed for bankruptcy. If this crazy chaos has a happy ending, there is your primary home for Globe Life Park. Still, it isn’t easy to gauge how any of the financial instabilities follow through, mainly since forty days ago, the league laid off its employees and halted any operations. Will fans be able to experience another Dallas Renegades game again at the ballpark? I’ll give the same answer a magic eight ball would say: “Ask Again Later.”

*reads rumor that Vince McMahon might buy the bankrupt XFL*

What about High School Football?

The old ballpark is hosting high school games, but it’s a difficult piece to sort out. Normally neutral sites for high school football take place in November and December for playoffs, but around the Metroplex, there are a vast number of quality locations to hold neutral sites. The sites include college football stadiums like at SMU, Baylor, and TCU with other large stadiums like Allen, McKinney Boyd, and The Star in Frisco. Finally, don’t forget the big papa of them all, AT&T Stadium. There’s little chance that Cowboys owner, Jerry Jones, will fall out on a revenue monster like high school playoffs and the crowd it provides every December.

Where does this leave Globe Life Park?

The ballpark has some use right now. According to Rangers’ general manager, Jon Daniels, the old stomping grounds may have to be used as a practice facility to accommodate the social distancing workouts due to the pandemic. The facilities at Globe Life Park still have support for baseball despite its converted changes, but that may postpone the ultimate plan for Globe Life Park’s future. The city of Arlington may be able to host some concerts and hold other football events, but the question is, will that be enough to keep a 49,000 seat park upright?

Texas @Rangers P&GM Jon Daniels says that GLP (old stadium) can be utilized for batting practice, throwing program, weight room, etc. in addition to the new ballpark. Seems like an option for taxi squad or ST Part 2 workouts. Doesn't sound like games would be an option.

Unfortunately, my fellow fans, the time may be up for our beloved old stomping grounds. The park will survive in 2020 and even stand tall in 2021. However, 2022 could be the year we should send our goodbyes literally. Parking is going to be somewhat of an adventure at the new Globe Life Field, and at this point, it’s hard to tell how game days will coincide with Texas Live!

Unless drastic changes happen, there’ll be only one Globe Life stadium standing tall in Arlington.