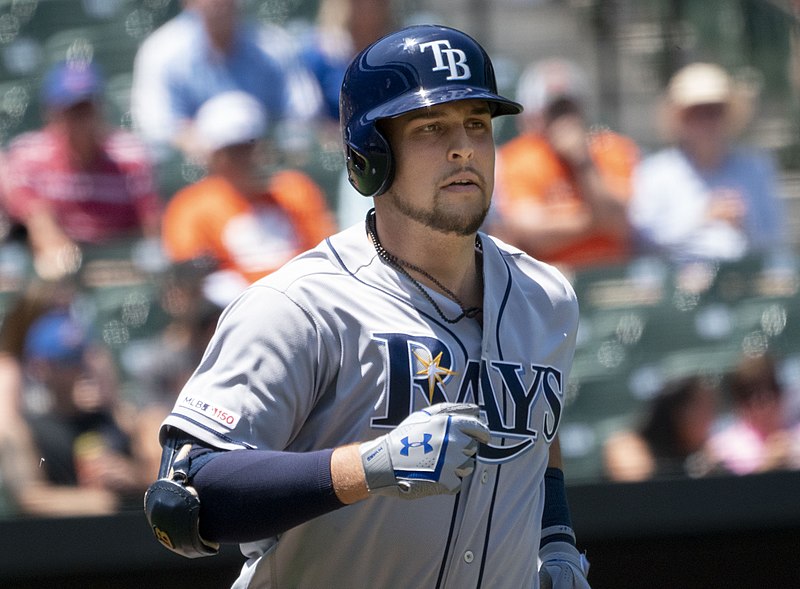 What does the Nate Lowe Trade mean for the Rangers and Ronald Guzman?

What does the Nate Lowe Trade mean for the Rangers and Ronald Guzman?

First base raised a question mark entering the offseason. My thought was that the Rangers would ride Ronald Guzman to Spring Training, where he was the lead dog at first base. On Thursday, the plans came clearer. The Rangers traded for a left-handed power first baseman in Nate Lowe with the Tampa Bay Rays. It was a curious trade considering Texas stamped themselves as “rebuilding” in a big fat neon sign.

#Rangers acquired 1B Nate Lowe, 1B Jake Guenther, and everyone's favorite, Player to be Named Later from the Rays for INF Oselvis Basabe, Herbiero Hernandez, and OF Alexander Ovalles.

Usually, a rebuilding club would look internally and the draft for future reinforcements, but Jon Daniels had other plans. “Nate is a player we have had an interest in for a few years in different conversations with Tampa. There was a point this summer where we thought something might happen,” Jon Daniels said on Thursday in a Zoom call with the media. On trade deadline day the past two years, rumors of the Rangers and Rays surfaced. In 2019, Hunter Pence was the main Texas piece, and in 2020, the murmur hit that the Rays showed interest in Joey Gallo. I’m not sure if any traction to those whispers or Nate Lowe was a Rangers’ piece, but the handshakes never touched.

Jon Daniels made one thing clear on Thursday. Nate Lowe is the front runner for first base. Lowe played in twenty-one games during the 2020 season and appeared in one postseason game (Wild Card Game 1 vs. Toronto). He also appeared in fifty-one games in 2019. Therefore, the big leagues aren’t new territory for Nate. Now that leaves Ronald Guzman. Currently, Guzy is playing in the Dominican Winter League for Gigantes del Cibao along with other big-league names like Odubel Herrera, Steven Souza Jr., and brief Ranger Carlos Peguero. As of December 10th, Guzman is third in the league in on-base percentage (.444).

Where does this leave Ronald Guzman?

Well, while Lowe is the front runner, Guzy isn’t given up on. If Ronald shows strongly in Spring Training, the Rangers may lean back to him based on his defense. On the other side, Texas may utilize Guzy as a trade piece to enhance their minor league system and think further down in the future. It’s a similar boat to Nomar Mazara, where the club tried all they could but could never reach the ultimate potential, despite the young age. It’s too early to hit the “give up” button on Ronald Guzman, but the patience is running out.

Any other similar moves?

First base was always a shoulder-shrug position, even in 2019. I don’t foresee the Rangers doing anything like going out and giving prospects for a ready-now position player. “We felt like we were dealing from an area of depth,” Jon Daniels said. Lowe, on the other hand, sounded super pumped in his interview Thursday. He felt excited and ready to showcase with the Rangers. “I’m so excited. I can’t wait to get out there,” Lowe said. He commented on the new Globe Life Field, “It plays fair. Look at the guys who were complaining about it being too big. It’s the guys who are used to hitting duck farts to get out of the yard.” The offseason is only starting, and the Rangers are already taking Fifth Harmony’s “Work From Home” too literally.

Nate Lowe's eyes lit up when discussing Globe Life Field. He did travel w/ the club for the World Series.