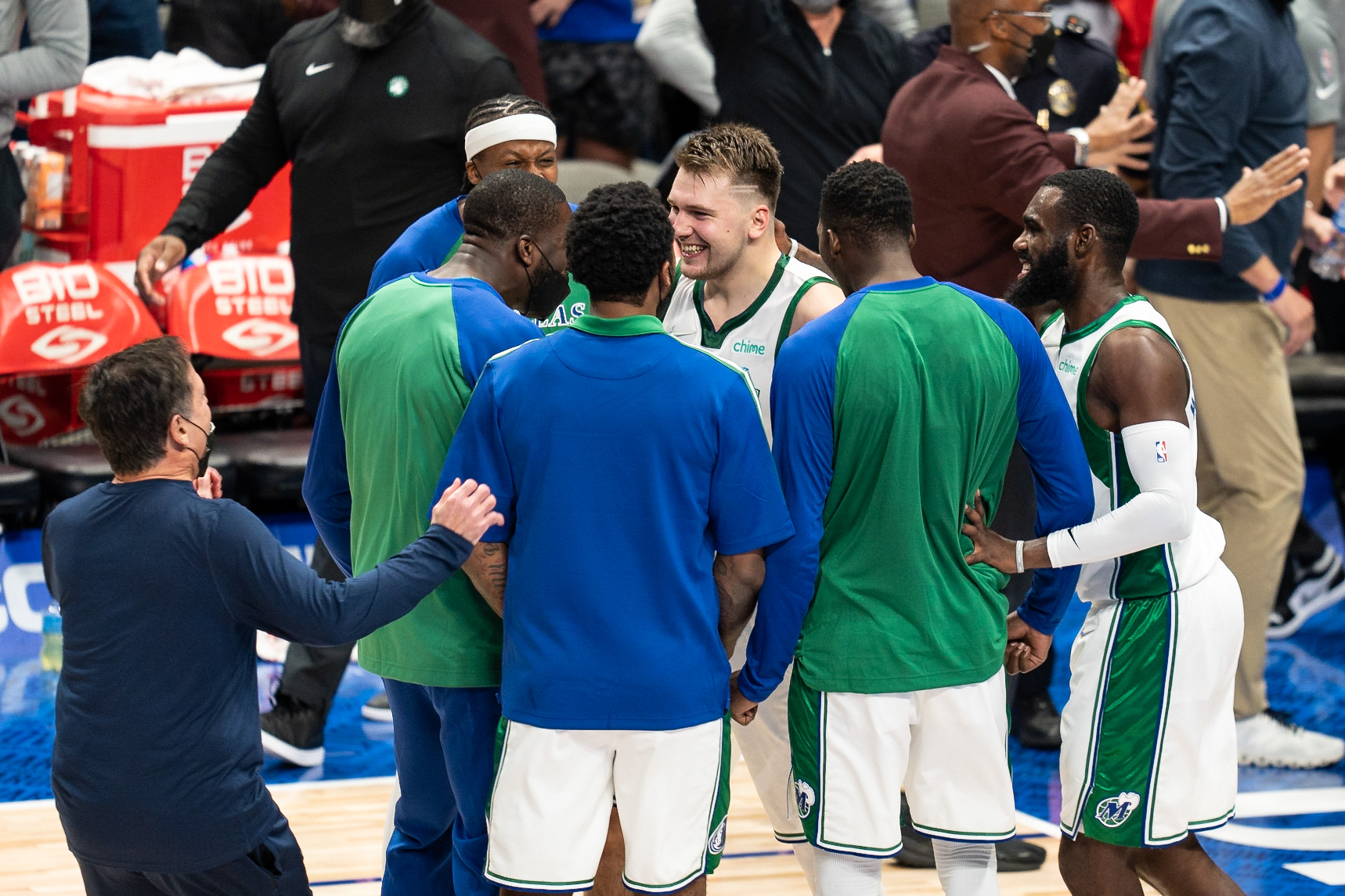 What looms for the Mavericks heading towards the playoffs and beyond

What looms for the Mavericks heading towards the playoffs and beyond

As All-Star Weekend has come and gone, the final stretch of the NBA regular season precedes us.

The Dallas Mavericks (35-24) currently sit as the No. 5 seed in the Western Conference, just 1.5 games behind the Utah Jazz for the No. 4 seed and home court advantage.

Prior to the All-Star break, the Mavs shook up their roster, sending the often-injured Kristaps Porzingis to the Washington Wizards for Spencer Dinwiddie and Davis Bertans, in what ended a disappointing pairing of Porzingis and Luka Doncic after just two and a half seasons.

What lays ahead for Doncic and the Mavericks in the final 23 games of the regular season will not only set the table for their postseason run but for this coming offseason as well.

Luka started the season out slow and overweight, we all know that. But, in the month leading up to the All-Star break, Doncic was playing at an all-time level, averaging 32.8 points, 10.1 rebounds, and 9.7 assists, including a pair of 51-point and 49-point performances over the last two weeks.

Plain and simple, Luka is playing at an MVP level and with the stout defense that coach Jason Kidd has this team playing (we’ll get to that later), the Mavericks look like a version of themselves that we haven’t seen during Luka’s tenure in Dallas.

If Doncic can continue his dominance into the playoffs, where he’s proven to be pretty damn good, alongside consistent role players knocking down shots and a steady defense, Dallas may be that team in the Western Conference that no one wants to see in round 1.

Brunson is having a career season as he’s supplanted himself as Luka’s backcourt running mate. This season, is averaging 16.3 points, 3.8 rebounds, and 5.4 assists, all career-highs.

With that, Brunson has earned himself a sizable raise this offseason, where he’s an unrestricted free agent and could see plenty of interest elsewhere.

Tim MacMahon of ESPN stated on ‘The Lowe Post’ podcast that Brunson ‘wants to get paid, period. Preferably in Dallas’ but that he won’t take a discount to do so.

Being that the Mavericks seemed to not seriously explore trading Brunson ahead of the trade deadline shows that he’s in their future plans, but at what price? Per Eric Pincus of Bleacher Report, Brunson is reportedly seeking a 4-year, $80 million offer this summer, which some may scoff at but the Villanova product has earned that kind of contract.

Paying an undersized, defensively hindered guard that much money can certainly raise an eyebrow, but there’s not another option for Dallas. And that’s fine, because that’s just how good and important Jalen has been to this team. Brunson’s offensive production alongside Doncic has been vital to the Mavericks this season and losing him for nothing would be a disaster for this team.

The hire of Jason Kidd was frowned upon by a lot of media and Mavs fans last summer. And, rightfully so. But Kidd has so far proven to be more than what his early coaching career woes showed.

The Mavericks currently rank second in the NBA in points allowed per game at 103.3, which is something no one could have imagined with this roster.

Kidd spoke highly of learning from Lakers head coach Frank Vogel in his two years in Los Angeles but man, to make this Mavericks team as consistent and assertive as they are on that end of the floor is honestly a miracle.

Spencer Dinwiddie was a disappointment in Washington, and that’s something all parties would agree with.

Now, a member of the Mavericks in a sixth-man type of role, Dinwiddie has the chance to re-establish his value for this team’s playoff chances and as a trade asset this summer.

When the Kristaps Porzingis trade was first announced, many raised an eyebrow at the questionable return for Dallas. But, it wasn’t about the return for this season more so than it was about having ‘flexibility’ going forward, which is a word GM Nico Harrison used frequently when describing the trade.

Slashing Porzingis’ $33M contract into two, more trade friendly contracts is what made sense for the Mavericks going into this coming offseason.

The hope for both Dallas, and Dinwiddie, is that the newly acquired Maverick can play like his former self prior to tearing his ACL, which would give the Mavericks a playmaking threat off the bench and a trade asset come summer time.