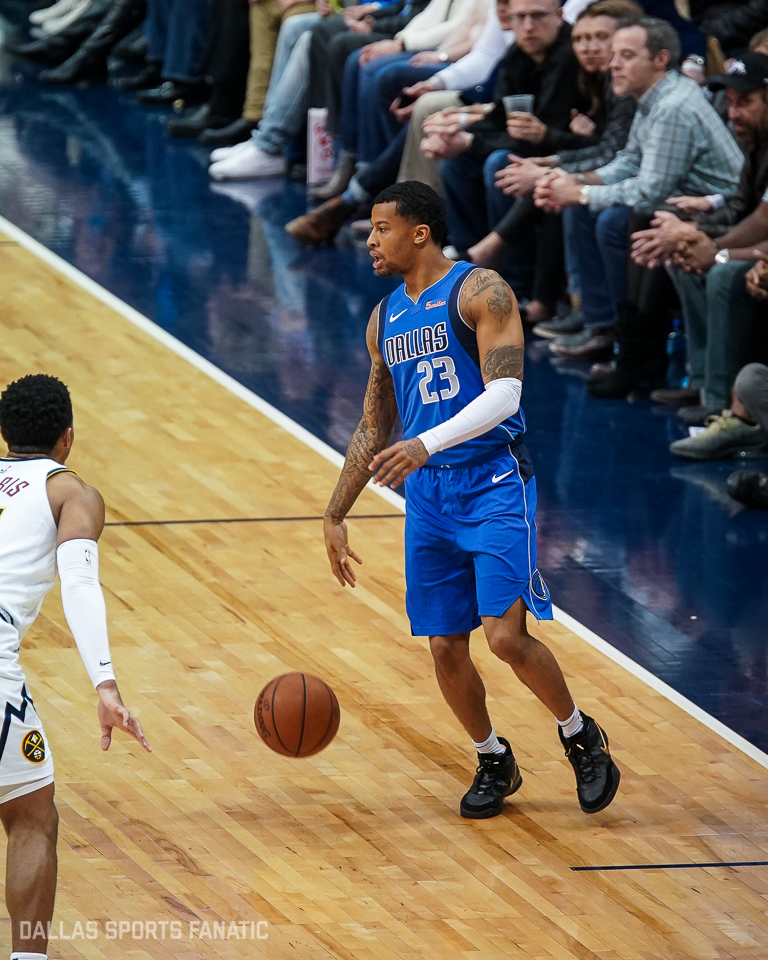 What to consider as Mavs travel to Utah

What to consider as Mavs travel to Utah

Following a 114-104 loss to the Denver Nuggets on Friday night, the Mavs packed up their bags to travel to Salt Lake City. Dallas Sports Fanatic’s Dylan Duell recapped last night’s game and highlighted the Mavs new reality: After trading away 4/5 of the starters, the Mavs just aren’t that good. Their road to being better doesn’t get easier with their match-up against the sixth best team in the Western Conference tonight. But maybe that is what is best for this team?

As has been the case since the trade, tonight’s game will be a continuing try out for next year’s team. Last night every player on the Mavs played over 10 minutes with the exception of Ryan Broekhoff. Tim Hardaway Jr. had a signature Harrison Barnes game by scoring 13 points on 5 for 12 shooting, including 2 of 6 from three, with 2 assists. Trey Burke did his best JJ Barea impression with 11 points in 18 minutes. Jalen Brunson looked poised with his 22 points on 8 for 12 shooting to go with 5 assists filling in for Luka.

Dallas trailed most of the game and at one point were losing by 20. But when you are in “try out” mode, games like last night’s are going to happen. These names and stats show you what kind of place this Mavs team is in right now – good enough to compete but on most nights not good enough to win. Dare I say it? It seems the Mavs are on the dreaded mediocrity treadmill at the moment.

A loss tonight would put them eight games back of the final playoff spot with only 22 games to go. Although Dallas could be without Luka Doncic tonight due to ankle soreness, they have a good opportunity to win this game even though they are only 1-8 on the second game of back to back sets this season. They get a little help tonight as Utah is coming off of a heartbreaking double over time loss to the Thunder last night. Utah is 4-5 in the second game of back-to-back sets this season, but none of those games have come after a double-over time loss.

When the trades happened, Mavs fans had two options in mind for the rest of the season; tank and get a better chance at keeping our pick or continue to play hard being only five games out of the final playoff spot and show Porzingis we are a team that actually tries to win regardless of roster situation, unlike the place that he came from.

But that was three weeks ago. Dallas has gone 3-4 in the seven games since the trade happened. They are now have a 1.6% chance of making the playoffs, leaving them stuck between a rock and a hard place. With a slim chance at landing in the top-5 in the draft lottery to keep their pick sent to Atlanta, I don’t see the Mavericks trying to lose. Though attempting to keep the draft pick is enticing, sending the wrong message to Luka and KP by attempting to lose isn’t an avenue I’d be willing to travel down.