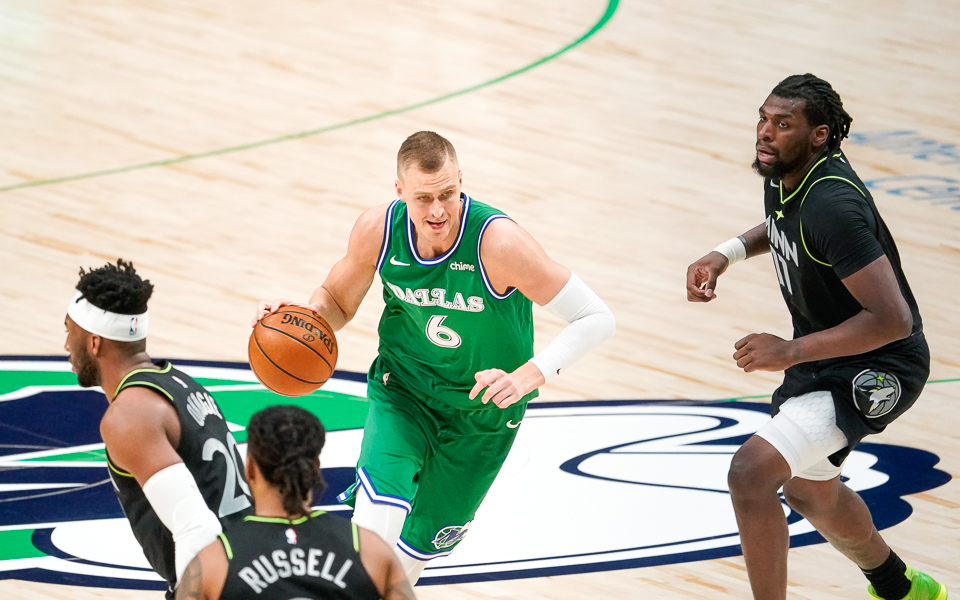 What to make of the latest Mavericks/Kristaps Porzingis trade rumors

What to make of the latest Mavericks/Kristaps Porzingis trade rumors

The Mavericks are prepping to take on the Boston Celtics on Tuesday night at the American Airlines Center and it will sure be interesting to see how the team will handle the mental distractions of trade rumors surrounding big man Kristaps Porzingis. Owner Mark Cuban came out Tuesday strongly denying any truth to the various reports that have been circulating since late Monday night. Porzingis now being ruled out for the second consecutive game on Tuesday due to lower back tightness is definitely not helping anything quiet down.

At this point, there is a ton of smoke surrounding this story, so there has to be a tad bit of fire, right? Our Mavs staff gathered to share our thoughts on this developing storyline.

What are parts of the reports surrounding KP are you buying?
Dylan Duell: One of the reasons why I think that these reports are slightly being overblown is because it shouldn’t be THAT big of news that the Mavericks are exploring what they could get in a trade for anyone on their roster besides Luka Doncic, right? I buy that 100% and don’t think it should be shocking at all. As much as I’d like for Porzingis to be playing so dominantly right now that he is absolutely untouchable, that’s just not the case. So the team is understandably turning over every stone looking for ways to improve the roster around their soon-to-be 22-year-old superstar.

Michael Mulford: We know the Mavericks’ brass keeps things in-house and whatever they want the league to know, they’ll drop some hints. Do I believe that Dallas has ‘gauged interest’ for KP? Sure, because why not try to better the team around #77? Where there’s smoke, there’s typically some sort of fire. Making a few calls in regard to bettering your roster is something every GM does. If you’re not, you won’t be a GM for long.

Reese Konkle: It’s tricky with the Mavericks because there have proven to be only a handful of reliable guys when it comes to scoops about the team. This story initially came from none of those, but multiple other credible reporters have picked it up and confirmed. And I believe them! However, this probably happens way more than it is reported, but because this is a big name, it’s likely being blown out of proportion.

Should the Mavericks trade Kristaps Porzingis sometime before March 25th trade deadline?
Dylan: I’m going to say no because I just don’t think there’s any move that the Mavericks can make including KP right now that will both A. garner a return that makes them a better team RIGHT NOW, and B. give a fair value for what Porzingis is capable of.  I think it’d be best to give this team the rest of the season to see what it is and if they can continue their winning ways of the last few weeks, plus allow for the entire league just to get an even better idea of what Porzingis actually is at this point.  Then I’d certainly be open to exploring things more in the summer when everyone in the league will be more open to different trade ideas.

Michael: Don’t just sell to sell. I get the disappointment in KP’s struggle to stay healthy and inconsistency on the court, but trading Kristaps to receive 25 cents on the dollar is not the smart move. But hell, if an offer is there that makes the Mavericks better not only this season but long-term and the front office/Luka is certain of it, sure, pull the trigger.

Reese: If the return is good, yes. However I doubt we get to a point where that becomes the case, at least not before the deadline. Selling too low on KP could be a disaster. You don’t want to move him for pennies on the dollar, and right now, I’d suspect that’s all you’d get. Need his value to be rebuilt through a stretch of good health and play before seriously considering.

Will Kristaps Porzingis be a Maverick after the trade deadline?
Dylan: Nothing is a 100% certainty in this league, but I feel like KP will be on the Mavericks throughout the rest of the season. Just too complicated of a piece to move and then there are so many teams competing for the increased amount of playoff spots, it’s going to be really hard to find a match in the middle of the season. The only thing that would change my mind would be KP suddenly pushing for his way out, something he has obviously done before.

Michael: I believe he’ll be in a Mavericks uniform for the rest of the season. Like I said previously, don’t make an irrational move because the season/KP acquisition hasn’t worked out as we all had hoped. And his value isn’t necessarily at its highest point either. If the Mavericks choose to move on from Porzingis, they can do so in the offseason.

Reese: Yes, he will be. Might take some massaging of the ego, but I bet he sticks around around until the offseason.