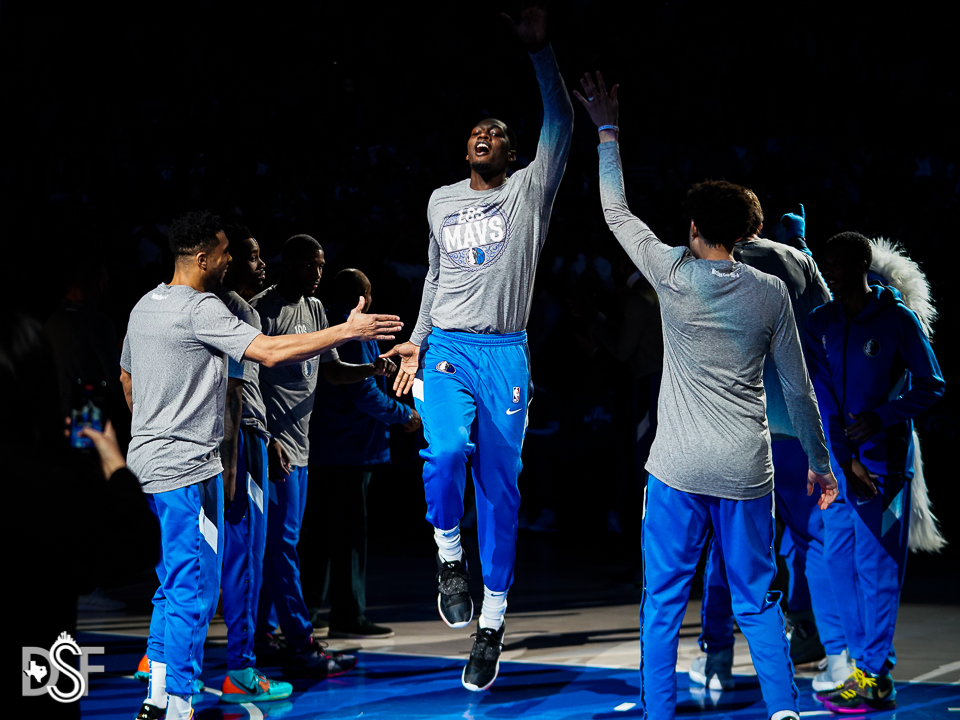 What to watch for as Mavs face Bucks on ESPN

What to watch for as Mavs face Bucks on ESPN

After the Clippers ran away in the fourth quarter on Thursday, the Mavs are pretty much locked into the #7 seed in the Western Conference playoffs. That means they will most likely be facing the Los Angeles Clippers in round one. The Nuggets also have a decent chance to inch themselves into the #2 seed ahead of the Clippers. Either way, matching up against the best team in the NBA and reigning MVP is a great “tune-up” opportunity for the Mavs to prepare for round one.

What’s Up with the Bucks?

Before the season ended Bucks had the best record in NBA at 53-12. Reigning MVP Giannis Antetokounmpo was averaging 29 points, 13 rebounds, and 5 assists while shooting 50% from the floor, 30% from three, and 68% from the free throw line. All-Star Khris Middleton, Eric Bledsoe, and Brook Lopez helped the offense with 21, 15, 11 points per game respectively. The Bucks came to the bubble with all of their key players and they have each picked up where they left off when the season was suspended.

The Bucks record in the bubble is 2-2, with quality wins against the Celtics and Heat. They suffered a “quality” loss to Houston 120-116, and found themselves victim to a trap game by losing to what might as well be the Nets “G-League” team. The Nets had only beaten the Wizards, who are also suffering from major injury issues, until they beat the #1 seeded Bucks.

Why does Milwaukee present a great opportunity to tune-up, or refine, some of the Mavs defensive schemes or offensive rotations? Because they are the most dominant team the Mavs are going to play for the remainder of the seeding games and they were better than the Clippers and Nuggets throughout the season. The Bucks also present similar match-up issues that the Clippers and Nuggets will give the Mavs in the playoffs.

Giannis Antetokounmpo and Kawhi Leonard are both freaks. They both play on the wing, can dominate the ball and the game, and will take over when necessary. Getting a few more reps in against a wing player as dominate as Giannis will only prepare our wing players and main defenders (we are looking at you DFS and Maxi) for a grueling series of games against Kawhi. Both of these guys are having similar statistical seasons, with Kawhi being the more efficient shooter and Giannis grabbing more boards.

Khris Middleton is a good litmus test for what will most likely be Paul George. Middleton’s usage is a little lower in the Bucks system than George’s in the Clippers, but they are still relatively similar and their stats and role are also similar. I would argue that George has even more offensive/defensive responsibility then Middleton does simply because the Clippers want to take as much work off of Leonard as possible. As you can see below, both players are very efficient shooters, contribute in all areas of the game, and get a steady amount of work behind the lead guy on their teams.

Outside of Middleton and Antetokounmpo, the Bucks also have depth that mirrors both the Clippers and the Nuggets. The Bucks aresenal includes 2019 All-Defensive team guard Eric Bledsoe, former All-Star and outside shooting big Brook Lopez, and former Maverick and defensive expert Wesley Matthews. Their bench rotation includes veterans George Hill, Kyle Korver, Ersan Ilyasova, and Marvin Williams along with youngsters Donte DiVincenzo and Pat Connaughton.

All of these teams have former, current, and potential future All-Stars on their teams. They both have size on the inside that is nimble enough to step outside and hit the three. They each have at least one superstar that can take over games if necessary. The Bucks present a great opportunity for the Mavs to get one last look to prepare for their potential Clippers/Nuggets match-up.

Mavs what to watch for

Luka Doncic and Kristaps Porzingis have been playing lights out during the bubble. It is the Mavs role players that have left Mavs fans with more to be desired. Fan favorites Maxi Kleber and Seth Curry have had rough starts to the bubble. Kleber yet to find his shooting touch in the bubble. He has only scored scored in double digits (10) in one game while averaging roughly 20 minutes. However, Kleber has held up on the defensive end. Maxi’s defensive versatility will keep him on the floor. Look for him to get his shooting on track against the Bucks.

Seth Curry has been hobbled by a right leg soreness and his scoring punch has been obviously missed in Coach Rick Carlisle’s offense. Curry could be held out again as a precaution. JJ Barea got the start in his absence, but Trey Burke has been the main beneficiary. Burke came out firing in his first game with 31 points on 8 made threes. Since then he has cooled off but managed to maintain around 20 minutes a game. If Tim Hardaway Jr. is having an off night, Burke will be called upon to help out Luka and KP in the scoring department.

Check out how Dorian Finney-Smith and Maxi Kleber fare against defending Giannis Antetokounmpo, along with the rest of the team. It should give us a glimpse into how the Clippers series will go with Kawhi and Paul George as our most likely playoff opponents.