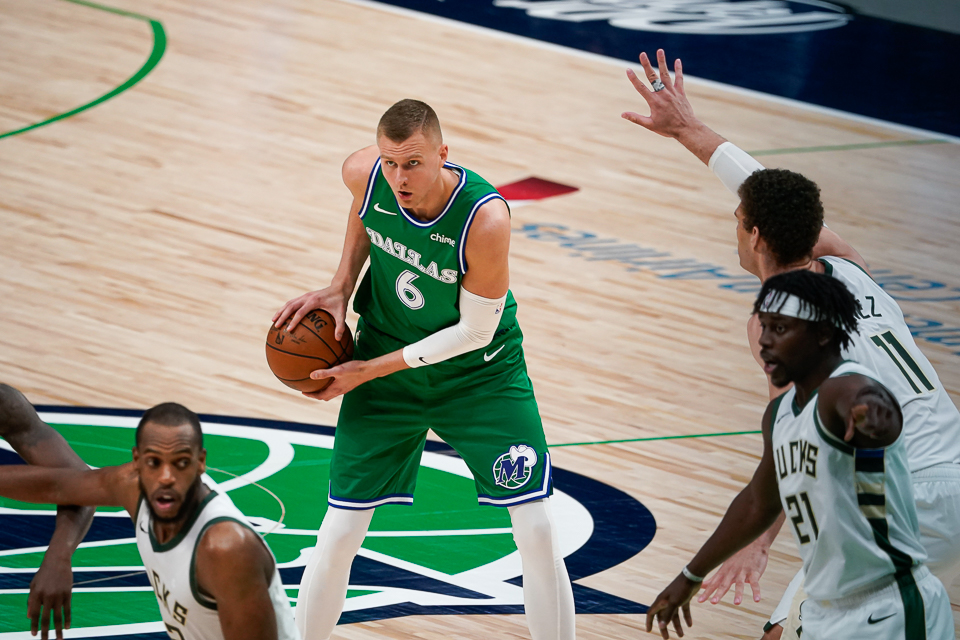 What to watch for as Mavs host the New Orleans Pelicans

What to watch for as Mavs host the New Orleans Pelicans

The Dallas Mavericks (40-29) dropped to 6th place in the West after Tuesday nights beatdown in Memphis. On Wednesday, they will look to bounce back agains the New Orleans Pelicans (31-38) in another very important matchup.

Heading into this matchup, the Pelicans will be without Lonzo Ball, Zion Williamson, Brandon Ingram.

Getting KP in rhythm

Kristaps Porzingis is listed as questionable heading into Wednesday’s game. The expectation is that KP will suit up for only the 2nd time since April 22nd.

With three games remaining in the regular season, it is going to be important for KP to find his rhythm in these three games heading into the playoffs. If the Mavs take care of their business, the team is looking at 6-7 days off before playing game 1 of the first round.

In his only game agains the Pelicans this season, Porzingis had one of his best games along side Luka since being acquired by Dallas. He poured in 36 points and 7 rebounds in that matchup.

I mentioned earlier that the Mavericks dropped to 6th on Tuesday night.

The Mavs have a one game lead over the 7th seeded Lakers, who they own the tiebreaker over. Lakers will play the Rockets Wednesday night. Mavs magic number to clinch at least the 6th seed is 2.

Dallas is tied with Portland, who they do not own the tiebreaker against. Portland takes on Utah Wednesday night and Phoenix Thursday night. If the Mavs are able to take care of their business Wednesday night, they could be looking to clinch the 5 seed when they take the floor Friday night against Toronto.