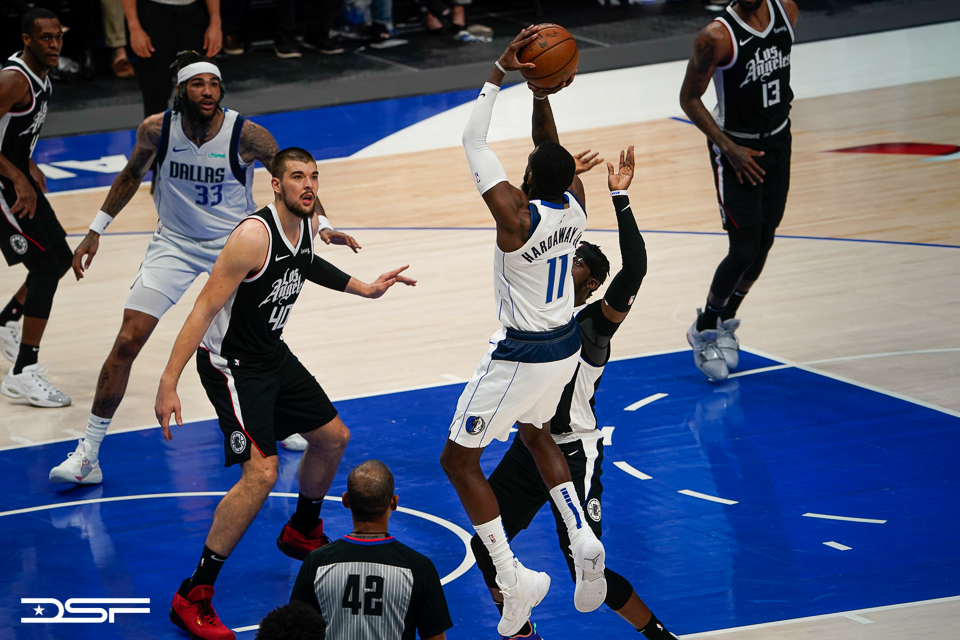 The Dallas Mavericks and Los Angeles Clippers will square off in Game 5 in Los Angeles Wednesday night.

It feels like years ago that Dallas jumped out to a 30-11 lead in the first quarter of Game 3. Since then, it has been all Clippers. With the series tied 2-2, there is still an opportunity to turn it around. For this weird Mavs team, there is no better place to turn it around than on the road.

As you can see from these numbers, the defense has not been very good the entire series. If Dallas is going to win two more games during this series, it will be because the offense finds its rhythm again.

Can the role players please stand up?

It was painfully obvious Luka Doncic was not himself in Game 4 on Sunday. With that being said, it is not a coincidence that the role players did not play well since they rely a lot on Luka to set them up.

Three players that need to step up on Wednesday night are Dorian Finney-Smith, Maxi Kleber and Tim Hardway Jr. It would also be nice for Kristaps Porzingis to make an appearance.

If these trends continue, the Mavs will be facing elimination at home on Friday.