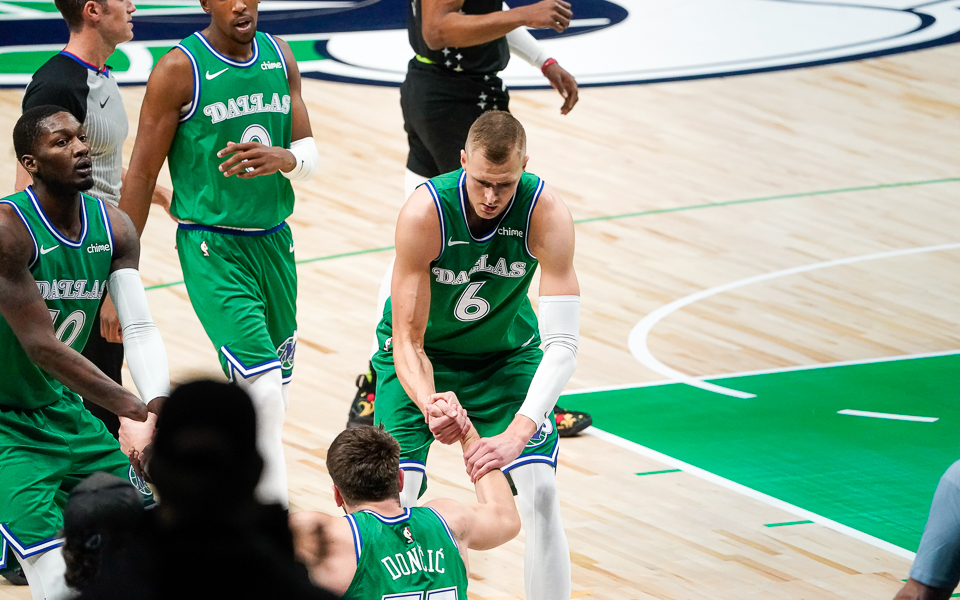 The Dallas Mavericks will look to build on the heroic performance from Luka Doncic on Wednesday night’s last second victory against the Memphis Grizzlies tonight as the New York Knicks come to town.

Doncic hit an off-balance floater from the downtown as the clock expired to steal the game from the Grizzlies on Wednesday night.

The Knicks are coming off a 10-point victory against the New Orleans Pelicans on Wednesday, winning their fourth-straight game, as they currently sit as the 6th seed in the Eastern Conference.

For tonight’s game, the Mavericks will need to match the physicality and defensive mindset of the Knicks as they did in the first matchup two weeks ago, beating the Knicks, 99-86. The Mavs held All-Star and Dallas native Julius Randle to just 14 points on 5-of-20 shooting from the floor.

Kristaps Porzingis has been playing some of his best basketball of the season as of late, averaging 25.3 points and 12.5 rebounds over the last four games while shooting 53.4% from the field and 45.8% from downtown. In the April 2 matchup against his former team, KP struggled to start the game, finishing with just 14 points on 6-of-17 shooting.

The Mavericks and Knicks tip-off tonight at 8:30.