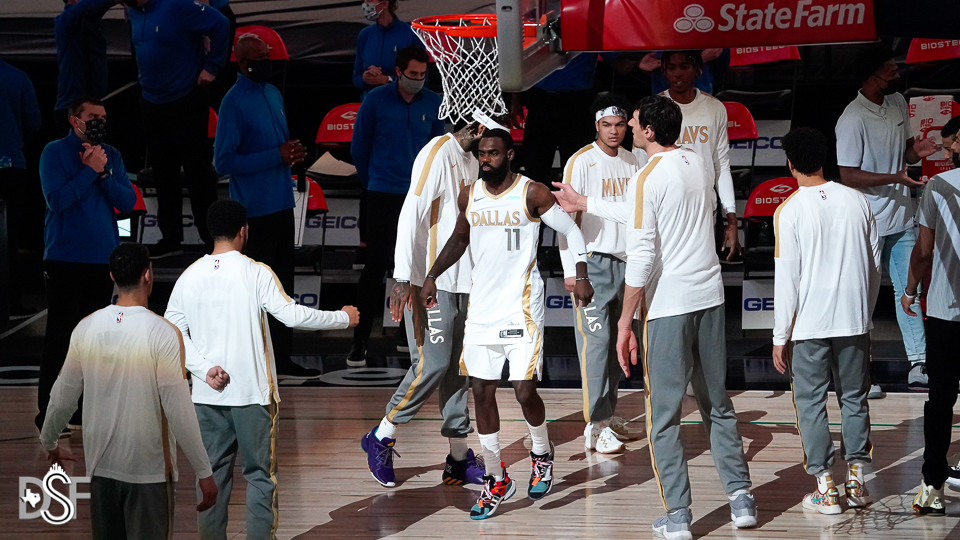 What to watch for as the Mavericks travel to Denver

What to watch for as the Mavericks travel to Denver

Coach Carlisle made a change to the starting lineup on Monday against the Rockets, swapping Dwight Powell and Tim Hardaway Jr. for Willie Cauley-Stein and Maxi Kleber.

And that change worked out well for the Mavericks. With Dwight Powell off to a struggling start to the season, Willie Cauley-Stein stepped in and played well as a starter, finishing Monday’s game with 15 points and 7 rebounds. WCS was active on both ends as his impact has surely been felt when on the floor this season.

For Tim Hardaway Jr., moving to the bench may not have been preferred by him but he surely made the most of it, scoring a season-high 30 points on eight made threes. Tim was on fire from the jump. He came into the game and just let it fly and consistently made big shots or got the Mavs out of an ugly possession with a made three.

Though coming off the bench isn’t what he necessarily wants, it looks like that might be the move going forward for THJ and the Mavericks. We’ll see how Carlisle stacks the lineup tonight but if I had a guess, I’d say it mirrors Monday’s lineup.

After a slow start to the season, Luka had easily his best game on Monday against the Rockets, finishing with 33 points, 16 rebounds, and 11 assists as he began to look like the Luka we know and love. Hell, he even hit a few threes while he was at it which was a beautiful thing to see.

Luka has had some notable games against the Nuggets throughout his young career and with Denver struggling out of the gate and losing a few good defenders this offseason to free agency in Jerami Grant and Torrey Craig, Luka may be in for another big night.