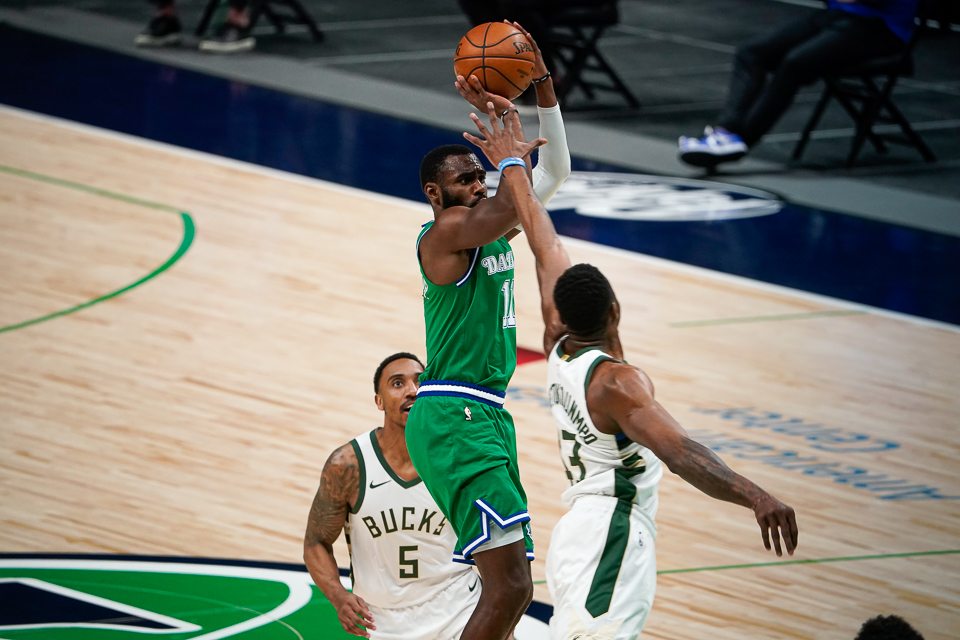 The last time the Dallas Mavericks (37-28) faced the Brooklyn Nets (43-23), the Mavs had their full starting rotation intact while the Nets were with only James Harden on the floor as Kyrie Irving and Keven Durant were both out due to injury.

Luka Doncic and Kristaps Porzingis each put forth efficient offensive showings while Tim Hardaway Jr. and Jalen Brunson performed well in their usual duties off the bench to the tune of a 115-98 win.

Unfortunately for the Mavs, roles have reversed for round two as they will be without KP and Maxi Kleber, its two most prominent frontcourt players.

The Nets are still without Harden on the floor, but with KD and Kyrie now in the lineup, the last matchup is essentially a wash when trying to compare potential game plans.

Can THJ continue his flamethrower ways?

Over the last four games Hardaway Jr. has suited up, he’s canned an impressive 20 out of 38 of his three-point tries, up to a blistering 52.6%.

This past Tuesday, he tied the franchise’s record for three-point makes in a game with 10 while also setting his own career high, shooting 10/18 from deep en route to 36 points in a win over the Miami Heat.

In the nine games before this recent hot-streak though, THJ hit a woeful 16 of 60 three pointers, good for 26.7%.

Hardaway Jr. has always fully embodied the essence of a streaky shooter, but seems to be trending out of a slump right during the final stretch of the season.

With the Nets currently nursing a three-game losing-streak, the Mavs will need Timmy to hit from deep to keep up with Brooklyn’s high volume three-point attack, good for fifth in three-point shooting percentage at 39%, sixth in makes with 14.3 and 10th in attempts at 36.5.

Rookie wing Josh Green has seen a rollercoaster of a first season.

First off there was no real offseason training camp, then he was forced into game action due to COVID-19 health and safety protocols and performed admirably.

He then earned G-League minutes and showed flashes of his potential, all to be called back up to the big leagues to be buried on the bench.

Without a consistent role on the team while dealing with shuffling teams and meeting new teammates, the life of a rookie can be testing.

However, Green proved against the Heat May 5, the same night THJ hit his career-high 10 threes, that energy and stateless contributions can be invaluable to a team that seems to only be lacking the certain “It” factor in the team’s overall personality.

The rookie only finished the game with four points, four rebounds, three assists and three steals, but was given the starting nod in the second half and was a force felt on both sides of the court.

Without the inside presence of KP and Kleber, the hustle and dirty work Green provides in the paint and around the basket may be key in keeping the team afloat.