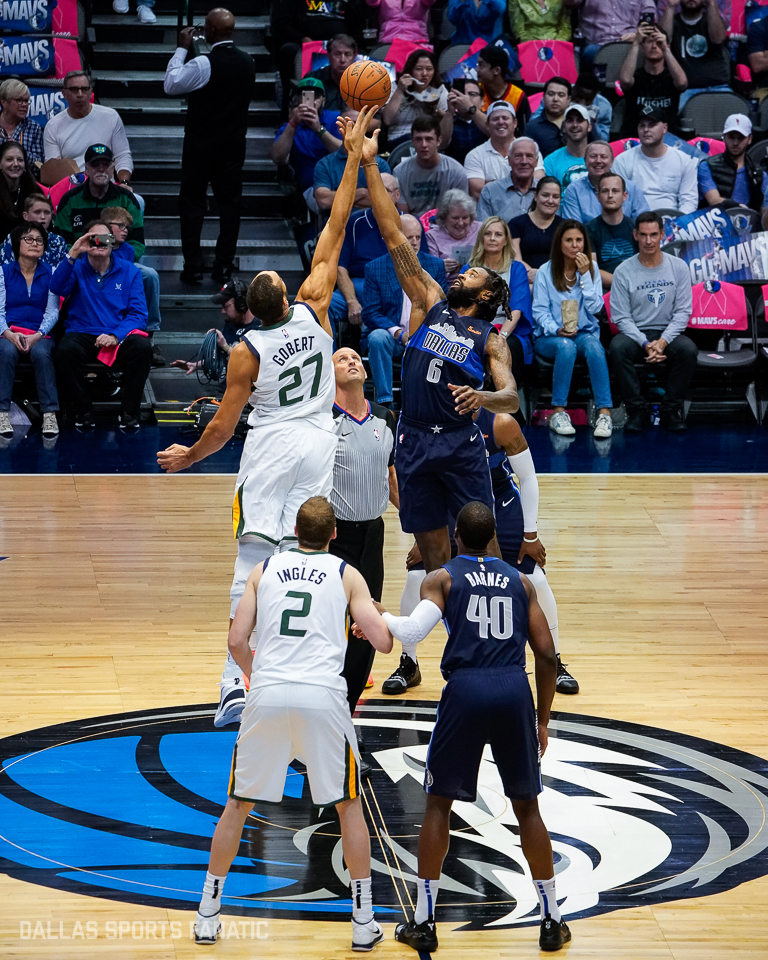 What to watch for as the Mavs visit the Jazz

What to watch for as the Mavs visit the Jazz

Fresh off a 119-110 win against the Washington Wizards, the Mavericks travel to Utah for a quick home and road back-to-back on Wednesday night. The Mavericks look to build off Tuesday night’s win, which was the first in the last two weeks – snapping a six-game losing streak. The Mavs enter Wednesday night’s matchup winless on the road, dropping their first five games – with Utah winless at home, losing their first four home games. Something will have to give tonight, let’s run through three things to watch for as the Mavs take on the Jazz for the second of four matchups this season.

In all three of the Mavericks wins this season, the Mavs have hit at least fifteen three-pointers. Last night the Mavericks went 15 of 34 from distance, including five from Wes Matthews. During their first meeting in October, the Jazz held the Mavericks to 9 of 28 from the three-point line. Only 30% of opposing team’s shots come from behind the three-point line against Utah which ranks 7th in the NBA, per Cleaning the Class. Teams are hitting 36.7% of their attempts – which is slightly below league average. The Mavericks are top 5 in the NBA in 3-point attempts and 16th in the league in percentage – they need to continue to find ways to generate open looks from behind the arc. If they can do just that, they’ll have a chance to stay competitive with a struggling Jazz team.

The bench did not perform up to standards during the first meeting with the Jazz. Head Coach Rick Carlisle’s gamble to play the bench extended minutes back on October 28th did not pay dividends. No member of the bench had a positive plus-minus rating when out on the court during that night. Carlisle has since tweaked his minutes distribution, most notably staggering Wes Matthews & Dorian Finney-Smith’s minutes to start the game. The Mavericks need solid production from their bench tonight to have any chance of stealing their first road win of the season.

Holy cow, this kid is good. He’s a 19-year-old that plays like a 10-year veteran out on the court. Through his first ten NBA games, Doncic is averaging 19.8 points on 47.7 percent shooting, 6.5 rebounds, and 4.4 assists. He joined rarified air after last night’s performance:

Per Mavs PR, Luka Doncic has totaled 198 points, 65 rebounds and 44 assists through his first 10 career games. The only other player in NBA history to reach those numbers through 10 games is Oscar Robertson.

The Mavericks road back to the playoffs looks less and less likely after their 3-7 start but watching Doncic night-in-and-night-out has been quite the treat. The Jazz have won four straight and seven of the last eight games against the Mavericks. Catch the game on FSSW at 8:00pm.