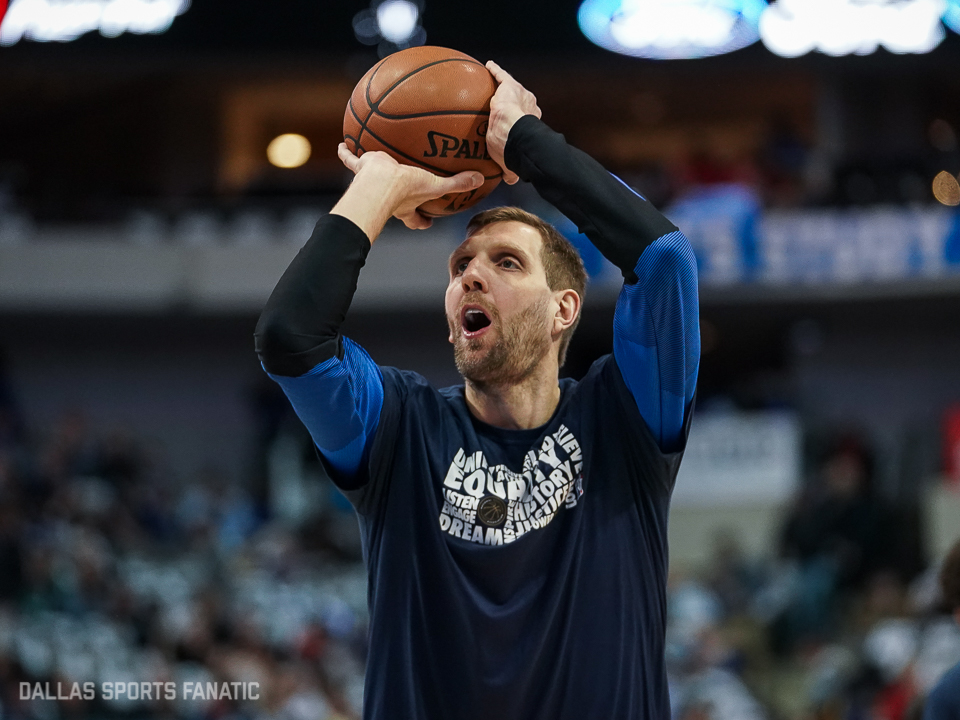 What to watch when the Mavericks take on Lillard, Trail Blazers

What to watch when the Mavericks take on Lillard, Trail Blazers

The Dallas Mavericks (25-29) will try to end this two-game homestand on a positive note as they play host to the Trail Blazers (33-21). With only 28 games left, every game becomes more and more vital to making the coveted 8th playoff seed. With an early tip-off, today here are a few things to keep an eye out for.

Points in the paint

After allowing 80 points in the paint against the Bucks, Dallas will have to make adjustments. Rick Carlisle was sure it was a new record for points allowed inside, however, the Bucks also scored 84 in paint earlier this season. It’s very hard if not impossible to slow down the “Greek Freak” especially considering the Mavs have a lack of depth at Center. The Bucks outrebounded the Mavericks 57-46 and this could be a trend for the rest of the season.

Dallas has missed DeAndre Jordan’s 13.6 rebounds per game along with his inside presence. Yet, the Mavs announced this morning that they have resigned Salah Mejri, who was waived after that Harrison Barnes trade to the Kings. The Mej should get some run to help strengthen the paint defense.

These two make one of the most dynamic backcourts in the league, the duo combined for 54 points in their win against the Spurs 127-118 on Thursday. Led by their 2019 All-Star Damian Lillard, Portland currently sits fourth in the tight Western playoff standings.

Without a true rim protector, Dallas will have to find a way to contain the penetration of their guards. They could try to implement the zone defense which seemed to work temporarily against the bucks, and this has been something Rick use to implement more a few seasons ago. The Mavericks will need to rebound by committee and tighten up the defensive rotations to put themselves in a winning position.

One of the few bright spots for the Mavericks on Friday was the instant offense off the bench from Burke. He really gave the reserves a much needed shot in the arm with 18 points, 5 rebounds, and 5 assists. He is a natural scorer and will continue to hunt for his shots. Burke has bounced around a bit in his NBA career with many teams attempting to make him a traditional point guard.

It looks like Rick has put him in the position he is meant to be in creating points off the dribble and relentlessly attacking the basket. No one can replace the hole left by JJ Barea, not the way he orchestrated the pick and roll with Powell and Kleiber, but Trey can lead the bench to success in his own way.

With only 28 games in what is likely Dirk Nowitzki’s last season, he only trails Wilt on the all-time scoring list by 130 points. Dirk is currently averaging 4.4 points per contest and would need to score about five per game to pass the scoring legend. Considering how many games the Big German has missed this season due to injury and rest, this would be the perfect cherry on top of his already legendary career.

If the Mavericks continue to struggle and fall further in the Western Conference standings, look for Dirk to get more minutes and more shots. If I had to put money on it, I’d say Nowitzki takes over the #5 all-time scoring spot. Kobe Bryant famously took 50 shots in his last game and if he needs to, I’m sure Rick will let Dirk do the same, maybe 41 shots.