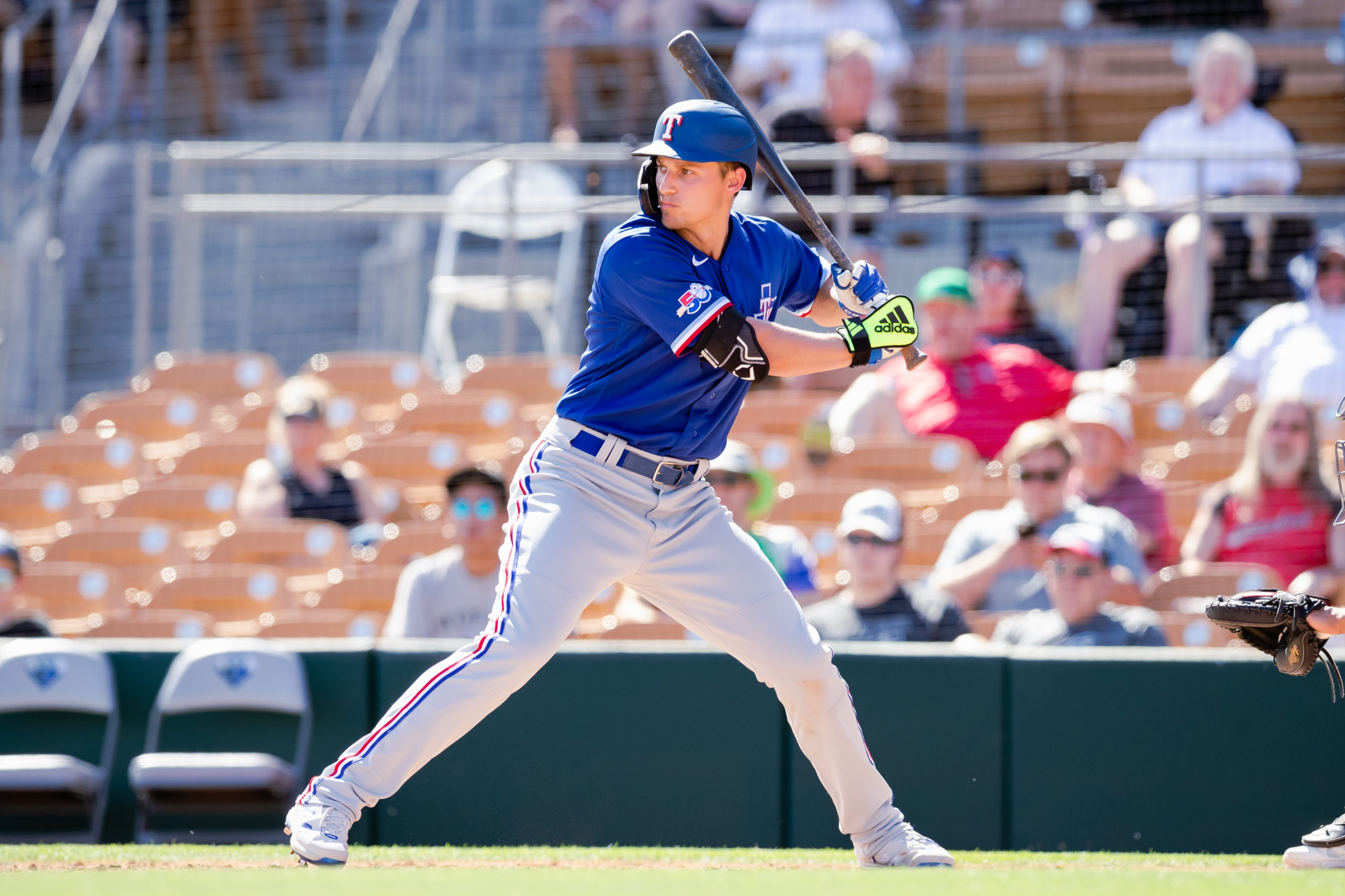 What we learned from the Rangers weekend to start 2022

What we learned from the Rangers weekend to start 2022

The Rangers dropped two of three to the Toronto Blue Jays this weekend, but there’s a different feel to the series loss. Both of the Rangers’ losses were by two runs or less. They blew out the Jays on Sunday and outscored one of the most potent offenses in baseball. The Blue Jays are viewed as the American League favorite for the World Series, so winning one game was satisfying for most fans. What all did we learn this weekend, though? Well, it’s time to go to school and re-watch the tapes. Here are the notables from Friday-Sunday:

23 runs in three games is impressive, regardless of any offense you bring out on the field. Last season, the Blue Jays’ pitching staff were no slouches with a 3.91 ERA (10th in MLB). They added Kevin Gausman, who had a terrific season with the Giants, and the Rangers pushed this rotation around like a ragdoll. Texas scored three or more runs in four separate innings this weekend. While late in the game on Friday and Saturday, the at-bat quality didn’t match the start. Texas has an offense that feeds off each other. Rogers Centre is known as a hitters’ park, but the more impressive part was that eight of the twenty-four runs came on the home run ball. Texas manufactured runs with quality at-bats, something no ballpark is immune to.

The Home Opener awaits. See you at Globe Life Field.

It’s written in stone. I said Corey Seager would struggle in the first month, not the majority, but still struggle. I know we’re three games in, but I’m perplexed by how wrong I was and thrilled about it. Corey Seager is another multi-hit game away from Vladimir Guerrero Sr.’s streak of four straight multi-hit games as a Texas Ranger in his first four games. All of this is done without using the home run ball. His defense looks good (not too many chances), and the leadership shows in the clubhouse. Maybe down the road, Kyle Seager can be a coach for the Rangers, just a thought.

That’s it, Corey Seager is officially the Hulk.

Literally snapped between the hands.

The Pitching staff was a mixed bag.

It was good seeing a few bullpen arms come out with scoreless frames after a rough Opening Day. Jon Gray hit the injured list with a blister, and the Blue Jays burned Spencer Howard with the home run ball. I thought Dane Dunning pitched okay on Saturday and Joe Barlow showed a little rust in his first outing Sunday. For those screaming at the bullpen, the pen was ranked seventeenth in MLB in 2021, with most guys returning this year. The question is consistency which bullpens tend to be the most inconsistent when it comes to season-by-season. Remember, it was a shortened Spring Training too.

The offense can play any style of baseball.

The most impressive aspect of Sunday’s offensive barrage is the walks from Chris Woodward’s perspective. The Rangers’ walked seven times which forced Blue Jays pitchers to go into the zone. However, you’ll notice that the Rangers’ on Opening Day changed their style from a stagnant offense in the first to an aggressive offense in the second. It’s a club with hitters that can adjust to the type of play that the pitcher brings. If a pitcher is going to wiggle outside the zone, Texas hitters have the discipline to lay off, but if a pitcher attacks the zone, the hitters can zero in right away. It’s a simple concept but difficult to maneuver around within the game.

Chris Woodward will manage the fourth like it’s the ninth inning.

Pinch-hitting in the fourth inning? Teams typically don’t do this unless you’re playing by old National League rules (weird saying “old”). However, Woodward lifted ninth hitter Eli White for left-hander Brad Miller and Miller didn’t disappoint on Sunday. Eli started the game with the left-hander Ryu on the mound (plus didn’t get many at-bats on Friday and Saturday), but with right-hander Julian Merryweather on the mound for Toronto, Woodward opted to go with the left-hander Miller after one White at-bat. Of course, the issue is that Eli White is lost for the game; therefore, I don’t anticipate these types of moves every night in a close game in the fourth. However, Chris Woodward is ready to manage aggressively, and on Sunday, it panned out. It also helps with Donnie Ecker and his time with the Giants last season, along with Gabe Kapler, who I’m shocked never played the California Lottery.

The Cowboy Hat is Back!

It’s back y’all! At the end of the last year, Woodward said he was considering it as it received positive reviews. Indications were it would, but you know Woody hates to be trendy.

For Rangers’ previews and recaps all season long, you can follow me here. I got you covered for all 162 regular season games, and hopefully postseason (but let’s not get ahead of ourselves).