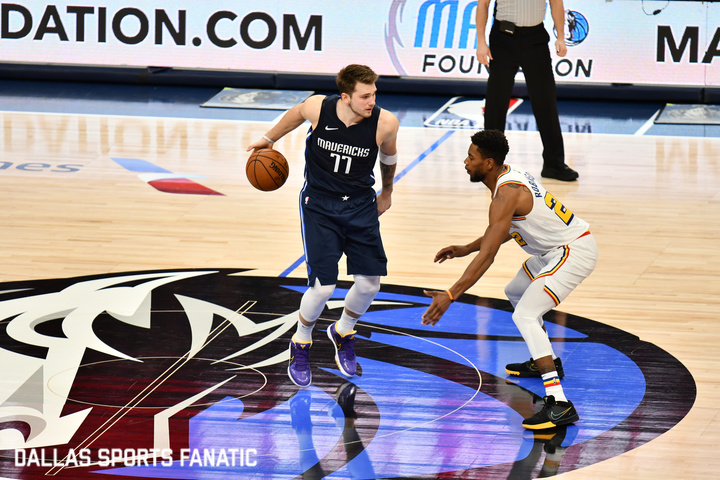 Where does Luka Doncic rank amongst his peers?

Where does Luka Doncic rank amongst his peers?

Another night, another terrific performance for the Mavs Slovenian wonder kid.

It seems like no matter what teams do, there is no real answer for him. Tonight the Cavs elected to go with smaller, peskier defenders in guys like Colin Sexton and Mathew Dellavedova.

It went about how you’d imagine.

Luka tallied 30 points, 14 assists, and 7 boards on the night while shooting a crisp 11/18 from the floor. Measly numbers by his standards.

It’s getting harder and harder to put off him being a top 5 caliber player. Heck, some people already have him up there.

When a guy is having this type of historic start to his career, you’re forced to ask the question, however badly you might not want to.

Luka ranks in or near the top 10 of your three major stat categories: Points, rebounds, and assists. Analytics seem to love him, as evidenced by him posting a league high in BPM. Higher than the greats like Harden, the Greek Freak, and Lebron.

His game also has mass appeal. Sneaker companies are sending him kicks every night in hopes they land the budding megastar to a shoe deal. If last years fan voting was any indication, Luka might be on his way to being an All-Star captain as well.

He’s putting together all-time great credentials at age 20. It’s insane to really think about, but even the most objective observers seem to be acknowledging his status amongst the league’s elite. The question now isn’t about ”if” he’s up there, it’s about “where.” Top ten? Top five? With each passing game, it’s getting harder and harder to deny the ladder.

His notoriously bullish head coach has been raving about his game all season, and he was even more effusive with his praise after Luka’s dissection of the Cavs.

“He has the tools to counter what defenses throw at him,” Rick Carlisle said. “He’s seen everything this year…Toronto came in here and threw in two different zones, a box-and-one, big defenders, small defenders, trapping in open court situations…You know, he just plays the game the right way and moves it to the right people.”

Love how in detail Rick got about why Luka is so effective as a number one option. “He has the tools to counter any defense they throw at him….” Is maybe the best descriptor of Luka’s game I can think of. pic.twitter.com/EGkn0X5wXz

The hallmark of a franchise player, a top-5 type player is their ability to handle scenarios like that. And Luka is already excelling there at age 20.

Nobody thought it to be unreasonable he would one day reach this level. After all he did put together one of the most prolific rookie seasons in league history.

But there was clear room for growth. He needed to address the consistency of his jumper, cut down the turnovers, mature mentally, and most certainly improve physically.

With 15 games in the book in 2019, it’s safe to say he made significant gains in every area.

His teammate and fellow international player Maxi Kleber had long known of Doncic and his talent. He said he was really impressed with him when he first saw him at the beginning of last year.

But not even he foresaw this kind of leap for the kid.

“I think it’s surprising for everybody,” Kleber said. “I expected him to do good because I’ve been following him since he was in Europe, but nobody could have predicted this. This is outstanding.”

Reasonably, this level of play has to be sustained before Luka throws his name in the “best player in the world” conversation. But anyone who has watched him this year knows it’s only a matter of time.