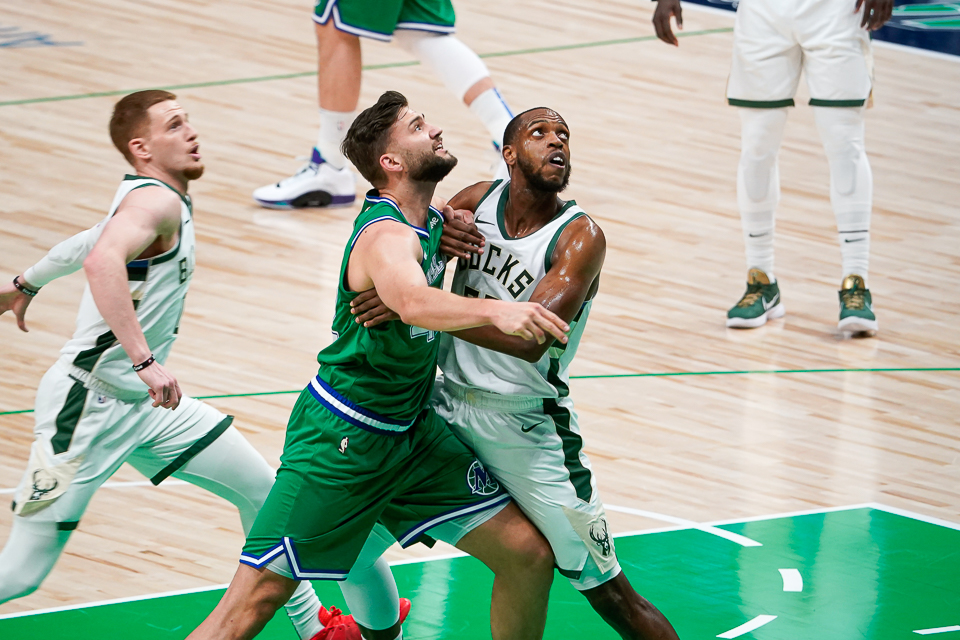 Whether it’s now or in the future, championship aspirations mean the Mavs must be prepared to part with favorites at any time

Whether it’s now or in the future, championship aspirations mean the Mavs must be prepared to part with favorites at any time

As the Mavericks’ seemingly incomplete offseason heads into mid-August, there have been ongoing rumors for the past week or so that Dallas has interest in restricted Bulls free agent big man Lauri Markannen. The 24-year-old native of Finland was the seventh overall pick of the 2017 draft when the Mavs selected Dennis Smith Jr. with the ninth pick.

Markannen has made it clear to media outlets overseas that he is not interested in returning to the Bulls, but he seemingly hasn’t found too much interest from NBA teams on signing him to a deal that meets his desires. Lauri reportedly said earlier this year that he’d want to team up with Luka Doncic and Kristaps Porzingis in Dallas, but now with Dallas’ cap space being used and having limited assets, a road to a deal for Markannen is going to be difficult.

Difficult, but not impossible.

The Athletic’s Tim Cato reported on Monday that the Bulls were possibly interested in Mavs big Maxi Kleber as a return piece in a potential sign-and-trade deal for Markannen. This was followed by Mavs Twitter being divided between their love of Kleber and whether or not he’s worthy of parting with for a player whose value is so up in the air like Lauri Markannen’s.

It is a very fair question to ask what exactly is a restricted free agent who is yet to sign any sort of offer sheet over two weeks into free agency worth? Surely Markannen is expecting at least $15 million per season over at least three or four years. Coming off a turbulent year in Chicago where he posted career lows in minutes, field goal attempts and overall points per game, it’s understandable that he is looking for a new place to call his NBA home. Markannen will likely have to ask if the money is more important to him than a change of scenery at this point in the offseason.

So what is he worth? And is Maxi Kleber a fair asking price as the bulk of a return in a trade? That’s obviously debatable, but whether it’s for Markannen or any other player in the league… after two first round exits with mostly the same cast in place, the Mavericks and their fans need to be ready to part with just about anyone if they think it makes their team better.

After so much of the 2010s saw Dallas flipping their entire roster each summer around Dirk Nowitzki while they missed out in free agency and signed role players to short-term deals in order to maintain flexibility, Mavs fans never really had the chance to get too attached to anyone. Over the last five years, the team’s look has become more and more stabilized and familiar.

While these players all certainly have their flaws, there’s no dispute about one thing: they’re all really good guys to have in a locker room. But at this point in the team’s trajectory, they need to prioritize acquiring as much talent and upside as possible.

Going back to Markannen, while he has a lot more question marks and a higher price tag than Kleber’s $9 million salary for the next two seasons, he unquestionably has a higher ceiling as an NBA player. At the All-Star break next season, Kleber will be 30 years old and Markannen still just 24. It’s really a no-brainer before you get into Kleber’s unfortunate performance for Dallas each of the last two postseasons.

Again, this trade may never even be anything more than just a rumor in the middle of the offseason. The main idea still stands, though: If Dallas is as committed to putting a championship-contending team around Luka Doncic as they say they are, players who are beloved in the locker room and by the fans are just as expendable as anyone. If a deal is held up by them being included, it has to happen.

Acquiring maximum talent and upside has to be the number one focus of the new Mavericks front office regime. The old regime had been developing “their guys” for quite a while, and while they’ve been successful in turning them into quality NBA role players, they’re just not difference-makers when it comes to helping Luka Doncic take this franchise back to true championship contention.