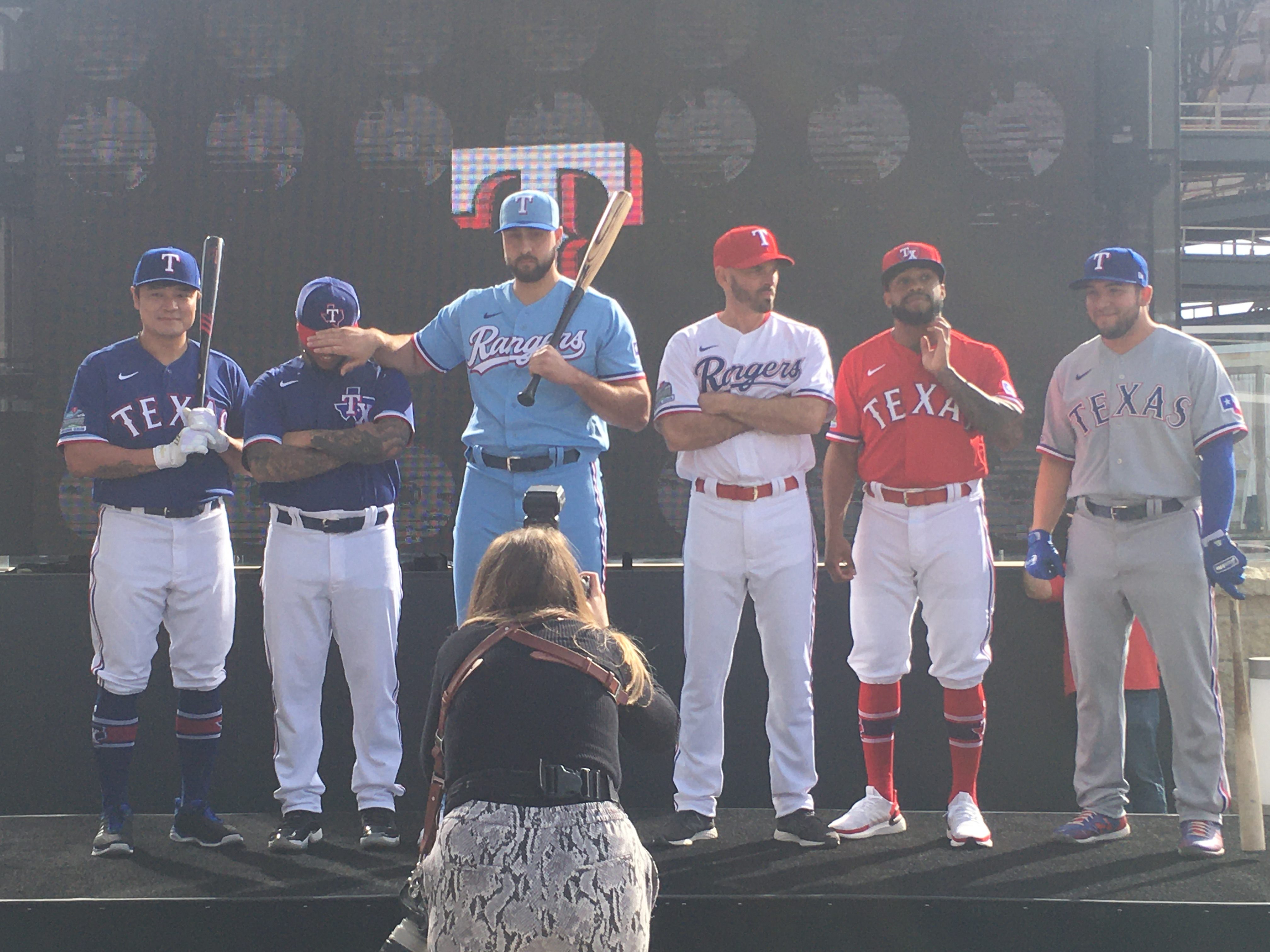 Which Rangers infielder has the most to prove in 2020?

Which Rangers infielder has the most to prove in 2020?

The Rangers roster made their way to Surprise, Arizona this week and the Spring Training schedule starts on Friday against the Kansas City Royals. After a 78-84 season last year, the Rangers aim for a winning 2020 and possibly a trip to the postseason. First things first, the Rangers infield core needs a better output than it did in 2019. Unless something absurd happens or an injury occurs, the starting four infielders for Texas include Todd Fraizer at third base, Elvis Andrus at short, Rougned Odor at second, and Ronald Guzman at first.

I looked at the past season for all four Rangers’ infielders and saw one trend; they all ended the season on a positive month of September. September was by far the best month for Odor, Guzman, and Fraizer, while Elvis improved after a rough July and August. Hopefully, it creates momentum to the spring, where all four can get locked back in. All four players ended September with on-base percentages over .300

Here’s a look at a quick breakdown each month for each infielder:

The question is: which one has more to prove in 2020? Let’s take a quick look.

Fraizer comes to Texas on a one-year deal in the same role that the Rangers signed Asdrubal Cabrera to last winter: a security blanket at third base. Fraizer is not the long term solution but is a transition piece to either a significant trade or the development of a prospect like Josh Jung. With those pieces in order, there’s not much to lose for Todd Fraizer and the Rangers. If Todd progresses to a solid third baseman, it gives a longer timetable for Texas with less urgency. On the other hand, if Fraizer struggles, it’s déjà vu with inserting options at third, and I’m sure another team will pick him up.

It was a strange 2019 for Elvis. The overall stats suggest a typical season, but it feels like the production went down for the Rangers long-time shortstop. I mean, it did go down from 2017, but not significantly. From previous conversations with Elvis last season, it took him a while to adjust to the analytics train that Chris Woodward pushes. The transition period is over and the club is accustomed to one another. The line hasn’t thinned for Andrus. If Elvis puts out another declining season, the Rangers may go another direction in two years when Elvis’ contract is up (there is a vesting option for 2023.)

Mentioning Rougned Odor to Rangers fans is like mentioning broccoli to kids or a bath to your dog. Throughout the offseason, Odor was working down in Miami and some coaches from the organization provided positive reviews. Odor’s production seemed to increase once Nick Solak emerged on the roster, providing Rougie’s September with his best OPS in a month since July 2018. Odor has the capability and talent to become a force on the field and in the box. However, consistency is what hurts him. The only way I see Odor not getting the starting role on Opening Day in Seattle is if Rougie has an awful and treacherous spring, and someone like Solak dominates the Cactus League. However, patience is running thin from the organization.

There’s no question on Ronald Guzman’s defensive glove and flexibility at first base. What Guzman needs to show is he can be consistent with the bat. The Rangers sent Guzy down in mid-July to work on his swing and technique, and it proved to be successful. Guzman’s September became a career-best for batting average and on-base percentage for any month. Guzman looks mentally tougher now, and the talk about sharing time at first base with an unknown player seemed to motivate, denying any questions at first base. I see a new Ronald Guzman.

Nick Solak is a compelling case for an outsider making their way into the anticipated starting infield and a good one at that. Solak is a prime candidate to make the club, but where to place him is the question. Chris Woodward’s options are to play the Danny Santana role where the lineup question is not “if,” but it’s “where?” However, Solak’s success in his rookie season brings up one possibility: the Sophomore Slump. Ronald Guzman proved in 2019 that it could affect you and even told me that last season’s struggles were mental, where the information of struggling the second year fed into his mind. Though Solak’s demeanor doesn’t suggest it, it’ll be something to watch.

Nick Solak on this being the last game at Globe Life Park and what he’s learned this season #Rangers #FarewellGLP pic.twitter.com/idSYd1yW9s

For the first time, the door is open for at least a couple of infield positions. In the past, it was pretty easy to determine the main infielders, but now there’s a threat that the starting job is in jeopardy. Chris Woodward said last year, “Healthy competition is a good thing.” It’s a notion that drives Shin-Soo Choo, and it’s a notion that Woody and the staff wants to create around everyone else. Let’s get Spring Training going!