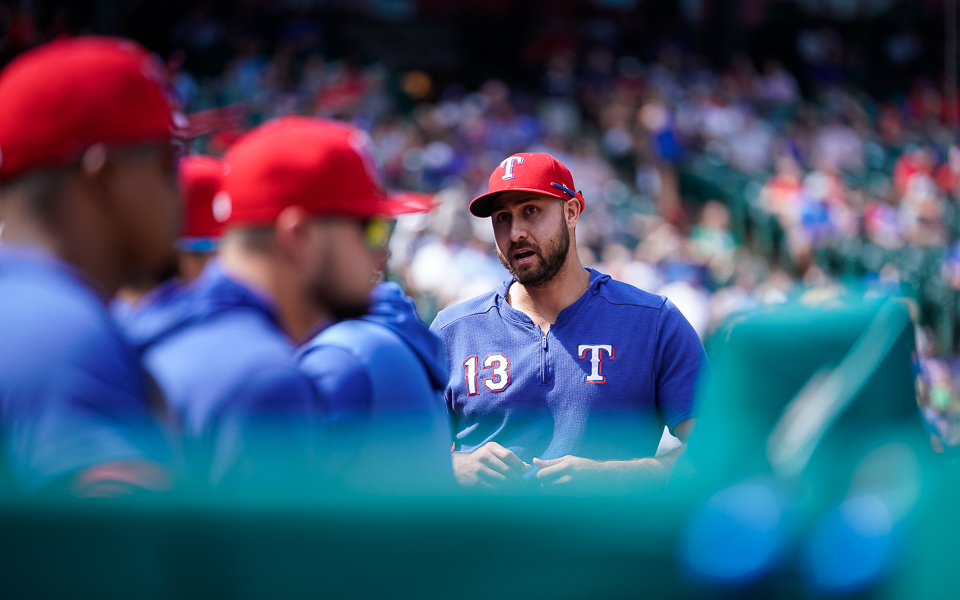 Whose stock is up and whose is down after the first Rangers series of the season?

Whose stock is up and whose is down after the first Rangers series of the season?

The Texas Rangers opened their 60 game shortened season by losing two of three to the Colorado Rockies this weekend. The Rangers opened the season with a 1-0 win behind Opening Day starter Lance Lynn and a sixth inning RBI double from Rougned Odor.

On Saturday, the Rangers couldn’t get anything close to a timely hit and lost 3-2. Mike Minor started and went five innings only giving up one earned run.

Finally on Sunday the Rangers lost 5-2 and the biggest story to come out of this game was Corey Kluber leaving after one inning due to tightness in his shoulder.

The two “aces” from the 2019 season picked up right where they left off for the most part to open the 2020 season.

Although Lance Lynn didn’t have his best Friday night, he still managed to pitch six scoreless innings. Lynn collected 9 strikeouts in those six innings and picked up his first win in 2020. Nolan Ryan (1991), Colby Lewis (2012), and Matt Harrison (2013) are the only starters in club history to strikeout 9 batters in a season opener.

Despite Mike Minor not feeling in rhythm coming out the bullpen before the game, he only gave up one earned run and struck out six in five innings pitched.

All in all, I think you can feel fairly confident in Minor and Lynn going forward.

Before the season started, Hernandez was one of three Rangers I said would be important for the Rangers if they were going to play past the 60 game regular season schedule. Hernandez pitched twice this weekend pitching one inning in both appearances. When he came to the big league club in 2019, walks were a bit of a problem and while he did walk two in his appearances this weekend, I am pleased that he was able to work around those baserunners without giving up any runs.

Over the weekend, the Rangers didn’t do much to quiet the offensive concerns that some had coming into the season. The Rangers offense only scored five runs in the 27 innings played. After a breakout 2019 campaign, my biggest concern is Danny Santana through three games. Santana went 1-13 and struck out five times in this series against Colorado and looked really out of sorts in most of those at bats striking out on three pitches on more than one occasion.

After the game Sunday, manager Chris Woodward reiterated he will not wait around for guys to get hot during this shortened season.

As I mentioned earlier, Kluber was only able to pitch the one inning in his Rangers debut due to right shoulder tightness. Corey will be further evaluated on Monday to see exactly what is going on. Woodward said after the game that there is concern there but is hopeful that Kluber will come in Monday feeling better than he was when he left the game.

After being limited to 7 starts in 2019, Kluber was eager to get back on the mound in 2020 so hopefully the Rangers and Kluber receive good news Monday.