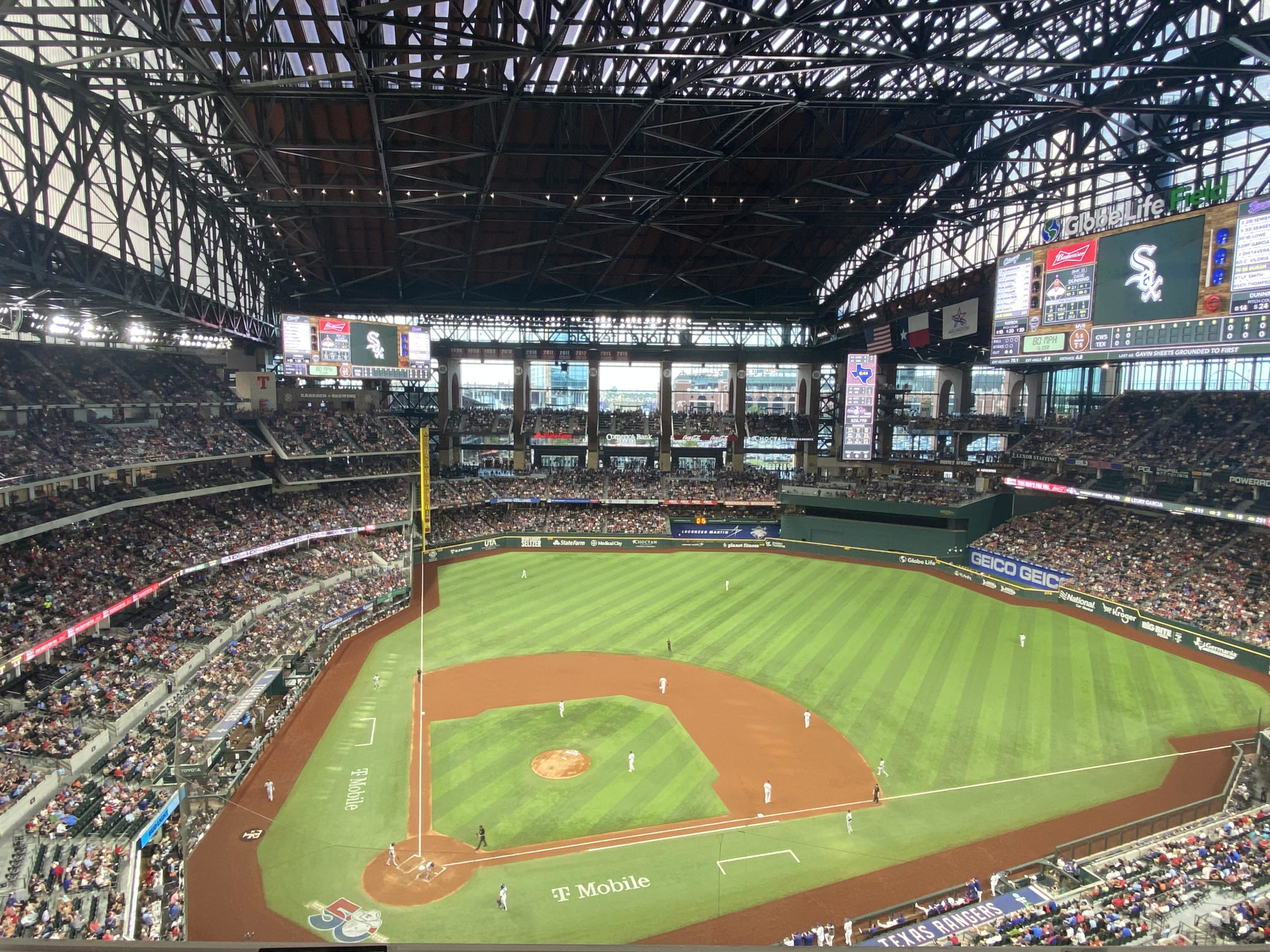 “I was hoping it would do exactly what happened; provide a little jolt in the locker room and [the] clubhouse.” That was Chris Woodward on Sunday talking about the call-up of Bubba Thompson and Cole Ragans. Following those call-ups, the Rangers strung a spirited 3-2 win against the White Sox along with an 8-0 victory Saturday. Friday was a roadblock facing The Sox’s Dylan Cease, who’s on a historic run, but the bottom line is the Rangers needed a spark, and they’re getting one from both Ragans and Thompson. “[It] changes things up a little bit, but then you’re excited for new players getting the opportunity in the big leagues,” Charlie Culberson told me. “It’s an exciting day, and it’s something that they’ll remember for forever.”

Rangers Cole Ragans is scheduled to start tonight vs White Sox. Had two Tommy John Surgeries and pretty much had the choice to hang it up. He fought through, worked hard, & made it to the show.

Asked him yesterday who he turned to help him get through the process. #StraightUpTX pic.twitter.com/5eZemFTVfq

Before Thursday, the Orioles outscored the Rangers 21-7 in a three game sweep at Globe Life Field. It came while they lost their number two starter, Jon Gray, and a trade deadline where the club traded Matt Bush to the Brewers, coming off a 5-6 road trip on the west coast. The Rangers went 10-17 in July after nearly hitting the .500 mark at the end of June.

“We’ve been on a bad stretch. We got to where we were in one game under .500 and feeling good, and then it kept creeping away from us,” Culberson said. “We haven’t played well enough to win, and now it’s about worrying about one game.” A mantra from Charlie Culberson is taking each day at a time, and regardless of the outcome (a dominant win or a devastating loss), you turn the page to the next day.

For Martín Pérez, it took him back to his Major League Debut in 2012. “I was in that process to [and] waiting for the opportunity, and now they have it,” Martín said. “[I] faced Detroit [with] Miguel Cabrera, Victor Martinez, and Prince Fielder. Three days after, I made my debut as a starter against Oakland, and they had a really good team. I pitched five innings and gave up two runs, and we won the game. I won that game, and it was special for me.”

Culberson and Pérez exemplify the type of culture and leadership veterans bring into the Rangers clubhouse, especially for the younger core that is brought up. “I told them anything you guys need for me, I’m here to help you guys, and any question I want to answer [and] I’ll give you my best answer.” Martín said his main advice to the young group was to respect their teammates and play hard. Cole Ragans came in to watch Martín’s latest bullpen session and watch what Pérez does. “I brought [Cole] to the bullpen to watch my bullpen, and I taught him my routine, where I like to throw the balls, why I throw a lot of fastballs, where I throw these pitches, and what kind of result I’m looking for,” Pérez said. “[Ragans] was there, and it was a good time. I want him to learn from [and] what I’ve been doing.” Think of it like a new employee shadowing someone at work.

For Charlie, in the meantime, it’s about staying positive. “[It] shows them that hey, this is the big leagues too, and it’s still baseball. Let’s go out there and play for one another. As long as you have a jersey and you’re going to the clubhouse [and], you’re playing baseball, that’s a positive thing. I’ve seen it time and time again where guys don’t get the chances that you should get. [So] each day you’re able to come to the park is a positive thing.” It’s about not taking opportunities for granted because tomorrow, that chance has the possibility of being gone. “That’s part of the job [and] it’s tough. Everyone goes through something like that. If you can push it to the side and worry about one day at a time, especially at this level, the highest level, in our sport, it’s pretty cool.”

Bubba Thompson yesterday on the near collision with Leody Taveras, "I forgot I wasn't in center field."

Today he's in center field and just ran down a deep drive like he was doing a morning jog. #StraightUpTX #Rangers

Ragan’s debuted against a Chicago White Sox team that feasts against left-handed pitching. However, Cole shut them down and told me Sunday that he didn’t even know how good Chicago was against left-handers. Cole had the scouting reports and saw on video how they attack pitches but didn’t see their numerical success. “He’s really mature,” Martín Pérez said. “He knows what he’s doing, and I think for him, it was easy because he has good command. The way he moved the ball was really good.” Plus, Ragan’s brother-in-law caught a baseball too.

Bubba Thompson is already impacting the field and even the clubhouse which the energy he brings. “He brings it, the youthful exuberance, [and] don’t take a day for granted,” Chris Woodward said. “We preach every day [but] to see it. All the things I’ve heard, that’s how he plays every day. He brings a lot of joy to the game that we need right now. I don’t think I’ll ever get tired of watching [Bubba].” For Martín, it brought him back to when he watched Byron Buxton firsthand during Pérez’s time with the Minnesota Twins. “[Bubba] is going to have a good career. He’s quiet, he knows his plan, and the good thing for him is that [Bubba] uses his legs when he needs it. When you know, you have the ability to run fast, and he’s a good bunter. He’s going to get to the base quick and give a chance to score runs.” Then, of course, Charlie Culberson played with Billy Hamilton in 2019. “Seeing Bubba get down the line a couple of times was pretty impressive,” Culberson said. “Having guys like that and on the same team is fun to watch.”

I asked both who is faster, Bubba Thompson, Leody Taveras, or Eli White?

Charlie, “No idea. They’re all faster than I am. But those three guys are elite, and they’re fun to watch.”

Once Eli gets fully healthy, we may have to have a contest at the end of the season to prove this question. As Pérez stated, the outfield speed creates more comfort for the pitcher. “You’re not going to get scared if somebody hits the ball. You’re going to say, “oh, this ball may be going out,” or “they’re going to catch it,” but they’re going to go fast.” While the youth movement is exciting, it is about taking one day at a time. As Charlie Culberson points out, mistakes will happen, but that’s part of the game and turn the page.

You can also check out Thursday’s Rangers recap here.