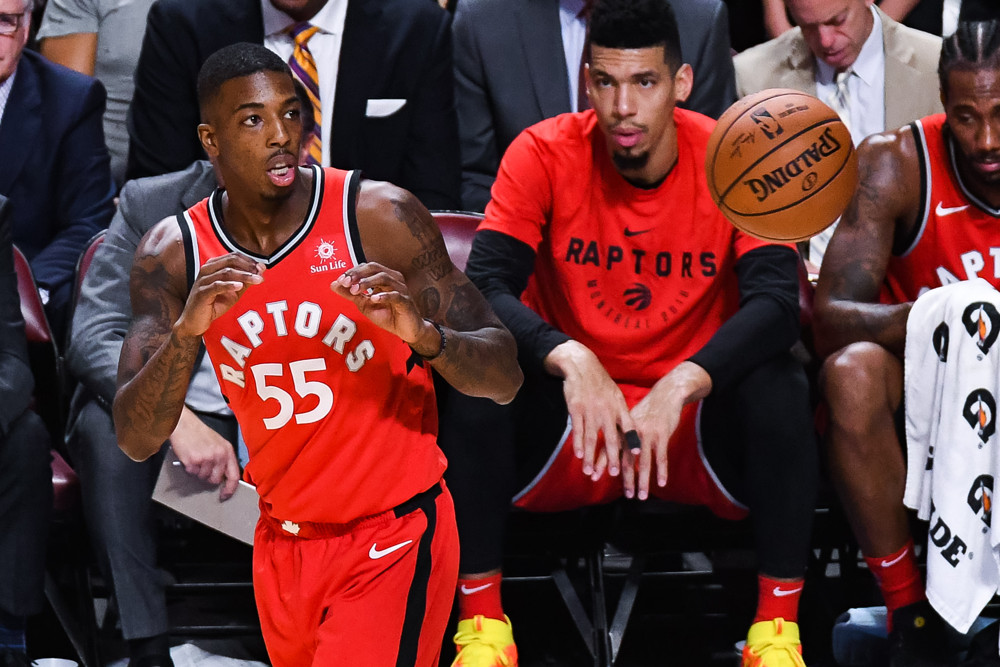 When Free Agency kicked off on July 1st, both the Mavericks and their fans were dreaming big. They were talking names like Kemba Walker, Kris Middleton, and Tobias Harris. There was little buzz about them potentially landing a player like under-the-radar Memphis point guard Delon Wright. Part of that is the fact that he was a Restricted Free Agent, meaning Memphis would have the right to match any offer sheet Delon might have signed. But more than anything, he’s just not a popular or household name. That partially stems from the fact that until his trade to Memphis last year, he’d been nothing more than a really good backup point guard. It also has to do with his game, which certainly isn’t the most flashy or eye-popping. What it is however, is highly effective.

Delon has career averages of 7.2 PPG, 2.8 RPG, and 2.7 APG while playing 19.2 minutes per. Rather pedestrian numbers for one of the Mavs big offseason gets. However, in his 26 games with Memphis last year where he was cast in a much larger role, he posted averages of 12.2 PPG, 5.4 RPG, and 5.3 APG in just over 30 minutes a night, a significant improvement.

But with Delon, it’s never going to be about his raw production or scoring output. That’s not his game. Where you can see his impact, aside from the film, is in some of his advanced metrics. Aside from his rookie season, he’s never posted a negative BPM or Net rating. Given his length and size at guard, his defensive impact stands out in particular. He’s posted at least a 1.1 Defensive BPM the last four seasons, peaking at 1.9 in his stint with Memphis last year; a very impressive number for a guard. And in spite of being a below average shooter from the guard spot, thought to be a spacing killer for a team’s offense, he has posted a career offensive rating of 113, a number that would fall in the top 50 all-time should it be posted by a whole team.

What does all this numerical mumbo jumbo mean? Simply put, Delon’s teams have always been better when he’s on the court. And that trend continued last year when given more responsibility, something that bodes well for he and the Mavs.

For a lot of folks, those fancy metrics hoops nerds like myself like to use need some context. How will he fit? What’s his role? Will he get along with Carlisle? All of these are relevant questions, and they should shine a light on what is likely Delon’s greatest asset: His versatility. He comfortably can play multiple positions on the perimeter on both ends of the court. He can handle the ball and run your team, or he can play off the ball and find opportunities spotting up in the corners or cutting to the rim. He’ll defend the other team’s primary initiator, or can conceivably check the other teams top wing scorer. He does all these things while completely playing within himself and knowing his limitations, something Carlisle is sure to appreciate.

This is why this move made sense for Dallas. Everything is about fitting in with cornerstones Luka and KP. A player like Wright is the chameleon they need on the perimeter. He’s not going to blow anyone away with volume production. What he will do, is consistently make winning plays and decisions, while filling in the gaps a particular lineup might have. That could be taking some playmaking burden off Luka, taking the toughest perimeter assignment, or it can even mean helping KP and the bigs out cleaning the glass, an area he’s very good in. Having two oversized guards with varied skill sets like Delon and Luka should make for an intriguing backcourt.

The addition of Wright to the team was excellent in an of itself. But getting a guy who fills a need and fits like a glove for just two second rounders? That’s a home run. And comparing his deal to other guys in his tier, it appears they payed him less than market value.

So without the burden of expectations, Wright nor the Mavericks will feel obligated to make him something he isn’t like we’ve seen in the past.  He will have the freedom and trust to play his game, and I feel confident the fan base will take a liking to the Mavs new starting point in short order.