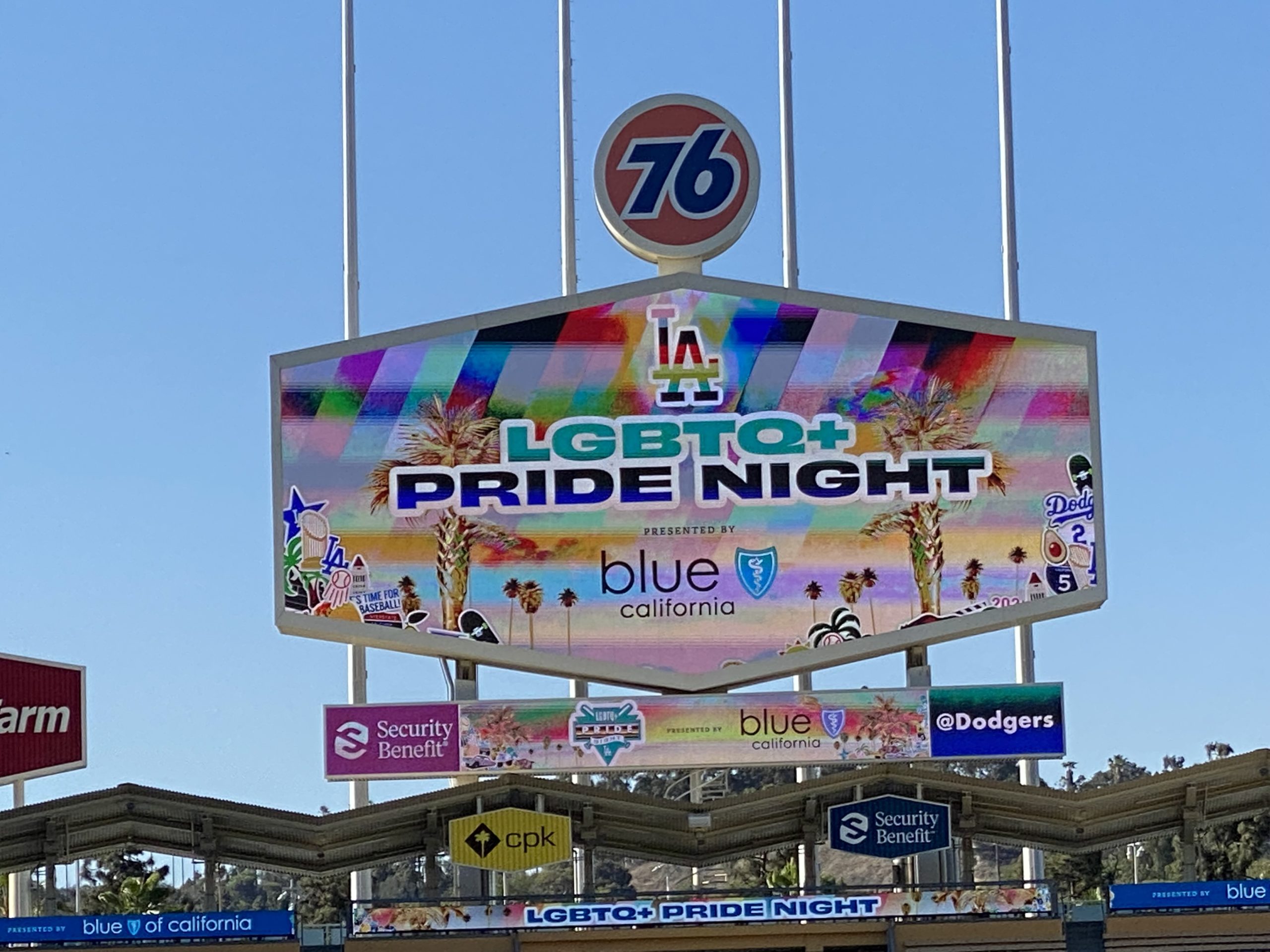 When I heard that the Dodgers’ annual pride night occurred the same weekend the Rangers were in town, I knew I had to scramble to arrive. I came out publicly as part of the LGBTQ+ community about 363 days ago (Sunday will mark the one-year anniversary) for those that don’t know. From what people told me, Dodgers’ Pride Night is fantastic in itself.

“It’s an exciting atmosphere,” Chris Woodward told me when I asked about anything that stands out during Dodgers’ Pride Nights. “When you look around, its colors you’re not used to seeing. Usually, it’s all Dodger blue and white, and all of this sudden, you see different colors.”

Friday also became the first time Chris Woodward returned to Dodger Stadium since the 2018 World Series loss to Boston. Unfortunately for the Rangers, the night on the field was a disaster that started with a six-run first for Los Angeles. It didn’t get better as the night went on (from the field’s perspective) and ended with a 12-1 Rangers loss, although Charlie Culbreson pitched a scoreless eighth.

The Dodgers went all out Friday night, ranging from Billie Jean King on the field to an excellent National Anthem rendition by Vincent. Pride flags waved with the California State flag and the Dodgers’ flags Friday night. Each in-between inning activity had a pride theme from dancing, cap shuffle, and rainbow gear showcased on the jumbo Tron all night long. Yes, Los Angeles added Kiss Cam Friday night too. The Dodgers’ reputation of going all out on Pride Night was delivered with flying colors and ended with a fireworks show.

20,220 here on #Dodgers Pride Night 🌈🏳️‍🌈. It's a sellout and a season high in attendance for the Dodgers.

For many of the Rangers’ players, it was their first experience playing on a Pride Night.

“I think we were supposed to have one scheduled last year in Anaheim, but that was the only place,” Isiah Kiner-Falefa told me. Nick Solak and Joey Gallo also said they haven’t been on the field on a pride night.

For Charlie Culberson, he recalls a Dodgers’ Pride Night when he was a visitor with the Colorado Rockies.

“I was here one night when I was with the Rockies as a visitor, and it was a big ordeal in a good way,” Charlie told me. “In the outfield, a lot of people on the field enjoying themselves. I got some relatives that are gay. Just love everybody, enjoy every day, [and] treat everybody with respect.”

While the Rangers will witness two Pride Nights on their current road trip (Wednesday at Houston), the Rangers, themselves, will again turn their backs the other way, leaving them as the only team without a Pride Night (as of June 16th).

“It’s a tough conversation. “I don’t make the decisions, so I’m not going to comment if we should or shouldn’t” Chris Woodward vocalized.

Has Major League Baseball done an excellent job to promote diversity and inclusion?

“Internally, we’re extremely inclusive, who represents our organization, we do not discriminate against anybody,” Chris Woodward said.

For Nick Solak, he feels the league is heading in the right direction regarding diversity and inclusion.

“I think the league is getting better and doing a good job of promoting it,” Nick told me.

Isiah Kiner-Falefa meantime, talked to me about Asian Pacific Islander Month and what Major League Baseball did to honor that in May.

“It’s pretty cool to have the Asian Pacific Islander month. That’s something I’ve never had before,” Isiah said. “Being very few, normally it’s overlooked, especially the players’ alliance. I feel like they’re doing a great job with African American players. [So] having that for a guy like me who misses out on events like that, it was nice to have that last month as well as this month.”

For Charlie Culberson, he doesn’t overthink it because he’s always learned to be inclusive to everyone.

“I don’t try to single people out, single groups out. I have best friends that are gay, best friends that are black, Asian, Mexican, all of the above,” Charlie expressed. “I grew up with everybody, and I wasn’t taught anything different. [So] for me, I haven’t looked at it in that light. Everybody is the same to me.”

For the themed jerseys that the San Francisco Giants used on Saturday, June 5th against the Cubs, it pegged an idea that I bounced off of from Isiah and Joey. Is that something teams should use to promote diversity and inclusion?

“Teams should do whatever they can to get more fans and to be out with the community. If that’s what the community wants and the community needs, then I like it,” Kiner-Falefa said.

“It’s always cool to have the special hats and special jerseys,” Joey Gallo told me. “It spreads awareness and what not to whatever that day is, or cause is. It’s always cool to come into the locker room to have a different jersey.”

While my first Pride experience ended with the Rangers shellacked by the Dodgers, it was great to witness and be a part of. One thing Chris Woodward noticed in Dodgers’ Pride nights is the atmosphere.

“There’s a ton of energy in the building, probably more so in those nights. Obviously, in Dodger Stadium, you’d get 50,000 fans a night, but those nights there seem like there was a buzz because it was different.”

Now, if only a Pride night existed at Globe Life Field. Unfortunately, it doesn’t appear in any future Rangers’ promotion plans.