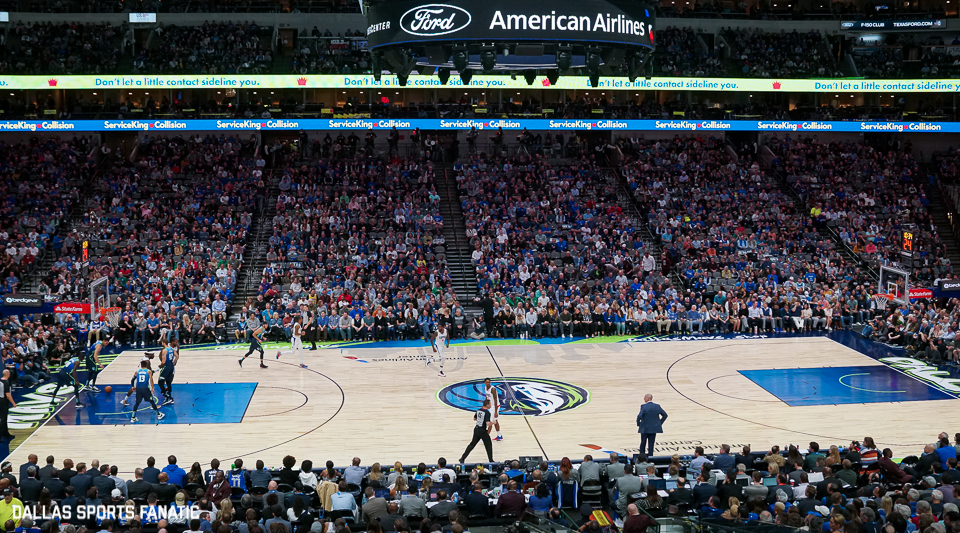 We’re roughly a week away from draft night in the NBA. Soon after we will be treated to a host of free agency signings and trades that likely set the stage for what will be an interesting ‘21 season.

The Mavericks sit in an incalculable position as we approach the commencement of the offseason. They’ve got the NBA’s Golden Goose in Luka Doncic. A 21-year-old superstar playing for pennies on the dollar. It’s a great spot to be in, but it’s also what makes them one of the teams to watch this cycle. They’ve got so many way to build around him.

The first box that must be checked off in piecing together a winning roster around him is nailing the draft. That can mean a lot of different things. Either standing in and picking the right guy, trading up or down, or acquiring proven talent with said asserts.

For Dallas, all things are on the table. And according to basically every reputable national news source, their no. 18 & 31 picks are certainly in play.

Names like Jrue Holiday, Spencer Dinwiddie, and Victor Oladipo have been kicked around for the Mavs. Those are possibilities that should excite people, as they all would provide immediate help.

However, I think the Mavericks should tread carefully. As noted earlier, the window of Luka is a large one. The possibilities are endless. And while grabbing some immediate help sounds appealing, the asset pool on this team is already depleted due to the Porzingis trade. A necessary evil no doubt, but the Mavericks will only have a couple available first rounders for the next several seasons to make in-season moves.

The overarching point is, the Mavericks have a few viable chips left to cash in, so what is the rush? Why do they have to move now? Being reckless in this situation could wind up hurting your long term outlook.

The Philadelphia 76ers are a great example of this. Think back to the ‘17-‘18 season. They were coming off a surprise 50-win season and a second round playoff appearance. They boasted two of the brightest young stars in the league: Rookie of the Year Ben Simmons and All-Star Joel Embiid. Both under the age of 25.

They were set up for a decade, at least that was the perception. A pressure that likely pushed the front office to make some questionable moves, including: Giving up valuable assets for Tobias Harris, renting Jimmy Butler for a season, and inking an aging Al Horford to a lucrative 4-year deal worth nearly $30 million annually.

Now take a look at them. They’re practically begging teams to take the Horford/Harris deals, they’ve changed GMs and coaches, and there seems to be a growing discontent in the organization. A team with what was once considered the brightest future in the league, now stuck in mud. Possibly at the point of trading one of their cornerstones to try and fix the mess.

Obviously it’s a stretch to say trading their picks this year will morph the Mavs into the Sixers. Certainly not, but it’s a good cautionary tale about what cashing your chips in too soon can do. Especially when you have young stars and a large title window.

It’s why investing in the draft is such a sound strategy, regardless of what timeline your team is on. You’re not going to be on the hook for an injury prone and/or highly expensive player. Worst case, you pick a guy who doesn’t pan out, but he’s cheap and easy to move on from. Best case? You’ve added a cost-controlled player who both helps your team win and restores your depleted asset pool.

This approach becomes doubly viable when you consider the incoming class. It’s short on star power, but stocked with role-player potential. Just what the Mavs are in the market for.

Will this be the way the Mavericks play their hand? History tells us that’s unlikely. Traditionally, the draft has been an afterthought for them when they’re in contender mode. But investing there now could pay great dividends for them down the line.