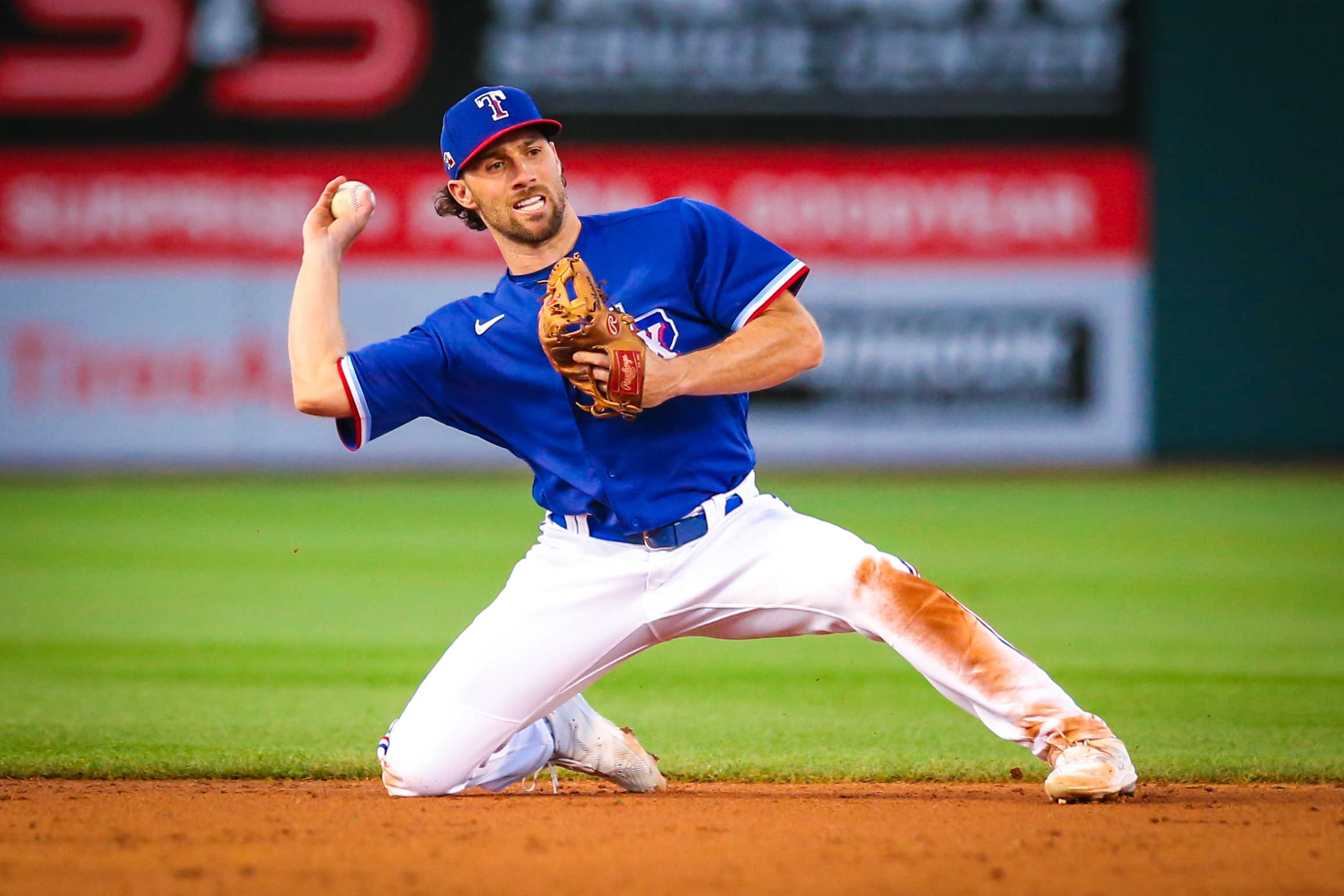 Why the Rangers should bring back Charlie Culberson for another season

Why the Rangers should bring back Charlie Culberson for another season

Before you start throwing tomatoes at me, let me get my goggles and a shower cap (just kidding). Listen, as the Rangers continue their rebuild, and while fans are hopeful 2022 will ultimately turn the corner, the realism is that next year the team will still be in the thick of a rebuild. The unfortunate truth means that guys that Rangers fans want to see on the field in the smoke of contention may still get minor league work in, especially to begin the 2022 season. One thing a young and rebuilding team needs is a stable veteran like Charlie Culberson.

If the plan is to sign another one-year low-salary veteran in the offseason, the Rangers might as well bring back Culberson. Charlie knows the younger guys. He was around even some of the minor leaguers in Spring Training and could represent the culture well for the newcomers. While the season doesn’t look phenomenal stats-wise for Charlie, the influence he’s providing to the young core isn’t quantifiable. “[Charlie and Brock] have been around a long time, so they’ve helped me out on and off the field with a lot of positive information [for] not just me, but the entire clubhouse,” Adolis García told me. “I’m blessed and thankful to have guys like that in our clubhouse.”

Culberson today on his outing last night:
"I guess it's still a joke, no one takes me serious."

He also said that he hasn't said anything about CF or Catcher. If he knew it was his final season, he may say something, but he's anticipating playing after 2021. #StraightUpTX https://t.co/bEXr7O4zep

Look, being the veteran in the clubhouse, modeling yourself to the younger players in the clubhouse, not every veteran in the game is equipped for that. “I’ve been around some veteran guys on younger teams that were annoyed that they have to be on a young team,” Chris Woodward told me. “There’s a lot of things that come with having a young inexperienced team.” So many teachings go on behind closed doors daily, like what and how younger players should be taught, what they can wear, what they can’t, etc. One thing that stands Culberson out, it’s not a chore for him. He embraces his role. “He loves coming to the field every day, talking with these guys, sharing stories, leading these guys, and mentoring,” Woodward said. “I think that’s the thing he’s taught me. His ability to do that with class [and] integrity. I’ve never quite seen that out of a player.”

For Charlie, what he’s learned from watching the younger players is not to take the chance to play every day for granted. “Guys that are having a chance to play every single day, consistently as a starter in the big league level, is pretty cool, and I hope they don’t forget that,” Charlie said to me. “I’m thirty-two years old now, and I wouldn’t trade my career for anybody else’s.” Culberson’s career-high in games played is 113 in 2018 with the Braves, while four Rangers have surpassed that in 2021.

Instead of sulking about the idea of not playing every day, he’s turned to a support system for the younger Rangers to go out and never take a beat off while continuing to play at the Major League level, too. “I’m super happy for the [younger players] and rooting for each and every one of them on this team to do well,” Culberson said. “The fact that guys are getting a chance to suit up and be in that starting lineup every single day is an accomplishment of its own.”

If the Rangers go out and get a big-name shortstop and have to do shuffling, leaving guys like Holt and Culberson out of the mix in 2022, that’s fine. I’m not advocating that extending Culberson is at the top of the list. However, if the Rangers feel that Josh Jung isn’t ready and needs a veteran position player on the roster to mentor a similar or even younger core come 2022, then extending Charlie Culberson is a path the Rangers may want to pursue. Teammates love him, and he installs the culture the Rangers are trying to hone in on the organization.