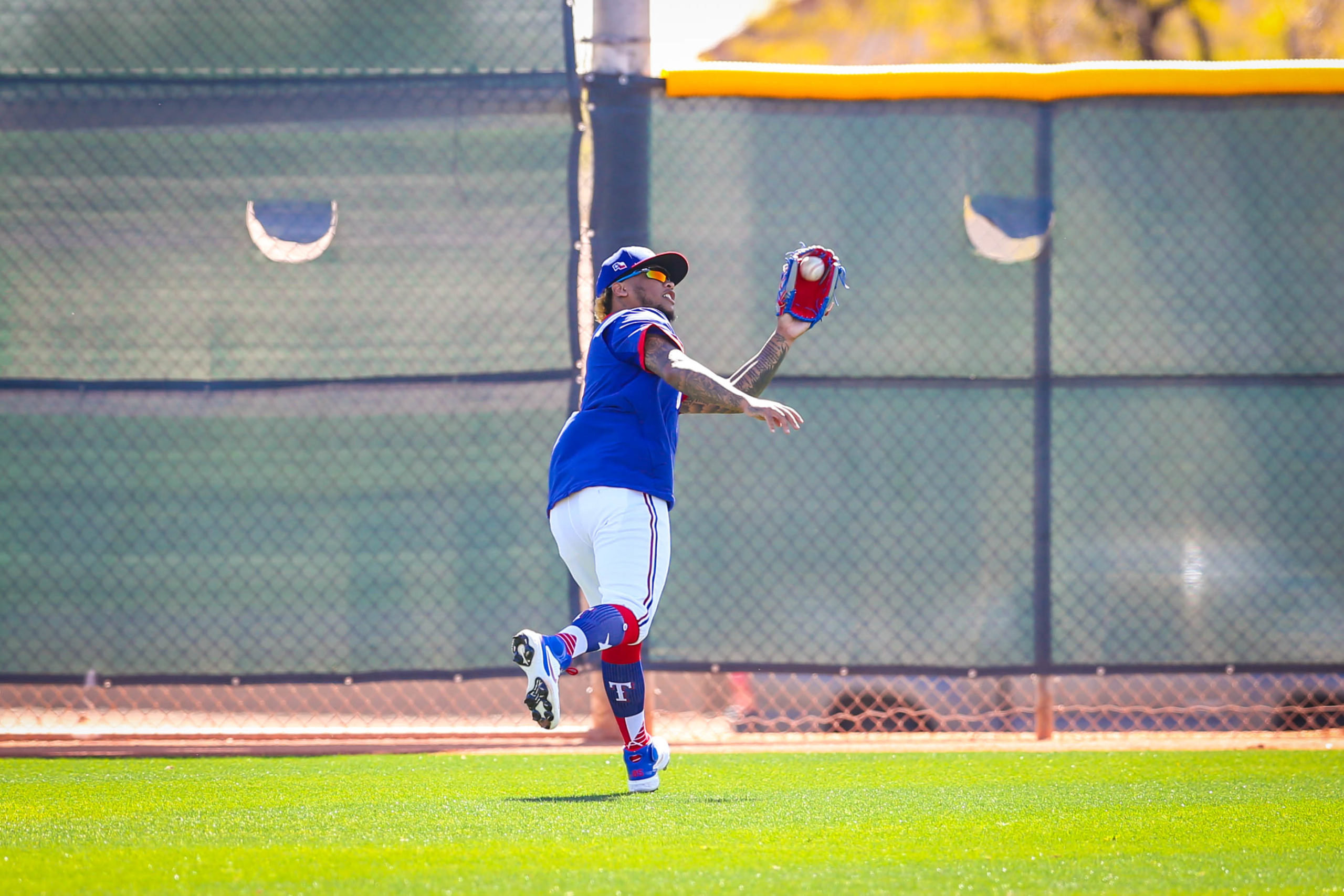 Willie Calhoun is not your prototypical leadoff hitter or at least the old school definition of one. The game defined the top spot in the lineup as the speedster that can create chaos with his legs. He’ll hit for a decent average, maybe walk a little, but have little power and run like the Freeze does in Atlanta. But, times have changed.

Let me make something clear, Willie Calhoun fits a few of these categories, and he isn’t a slouch in the sprint speed department. He’s not one of the fastest on the club, but Willie has good baserunning techniques, despite being 0-2 stealing bases this season.

“I would like him at the top,” Rangers manager Chris Woodward told me Sunday. “He’s one of our better hitters.” Woodward placed Calhoun lower in the lineup for the past four games to ease his mind a bit. “I wanted to take a little heat off Willie,” Woody said. “I can see his head spin a little at times where he’s trying to do too much.” Woodward started putting Willie in the leadoff spot on April 23 at Chicago and giving Calhoun many reps during Spring Training.

For Willie, he’s embraced the leadoff spot when he’s been there. “I like leadoff,” He said. “It puts pressure on the opposing team right away. When I hit the ball hard, it shows we’re coming out as a team aggressively.” Calhoun pointed out that he was skeptical initially because he never hit in that spot (starting a game). Willie also witnessed one of the best bats leadoff during his reign with the Rangers, Shin-Soo Choo.

e”Choo is a great leadoff guy. Being able to learn from a guy like him is cool,” Willie said. “Seeing the quality of at-bats that he’s taken over the past three years helps me out a lot to get a visualization of how I need to prepare to hit leadoff.”

Before Willie batting leadoff, the Rangers placed Isiah Kiner-Falefa in the top spot in the lineup. Isiah and Willie have held the leadoff spot outside of two games (April 17 vs. BAL and Sunday’s game). While the stat slashes are similar (Kiner-Falefa started in seven more games first in the lineup), one thing to note is that Willie Calhoun has sixteen strikeouts in the leadoff position. That ranks him at the top of fewest strikeouts among MLB leadoff hitters who’ve played in twenty or more games. For Willie, it’s keeping it simple, “For me in the leadoff spot, it could be 1-0 after one pitch or one out after one pitch,” Calhoun said.

“I think every spot in the lineup has changed,” Woody told me. Interestingly, Chris Woodward talked about seeing a poster, or something, on the wall talking about each spot in the lineup. For example, the leadoff being the fast guy, the second guy hitting behind the runners, etc. Nowadays, you’ll see Mookie Betts, Mike Trout, and Ronald Acuña Jr. hitting leadoff or second. “You put your best hitters up there you want to hit more often,” Woodward told me. “How we get runs is different than we thought when we look at real data. Traditional lineups weren’t constructed to produce the most runs back in the day. The way it was designed was this was the way it should be because it’s always been that way, and we’ve proven that wrong.”

Today, the leadoff hitter is about the table-setter, whether it’s putting a lengthy at-bat, a home run, or a walk. All three of those aspects are characteristics Willie Calhoun brings to the table. So did Willie bask in what Choo did when Shin-Soo was in Texas? Sort of. “I didn’t really envision myself as a leadoff hitter, so I wasn’t really looking at Choo’s at-bats and saying that’s what I’m going to be doing next year so let me take notes,” Willie told me. Batting lower in the lineup is temporary for Calhoun. Later down the road, expect Willie to anchor himself back into the leadoff spot and start a game with a bang. Oh and his defense has jumpstarted in 2021 too.

THIS GAME IS TIED 💥

Willie Calhoun with a CLUTCH home run for the @Rangers: pic.twitter.com/dZMUEPYiWv