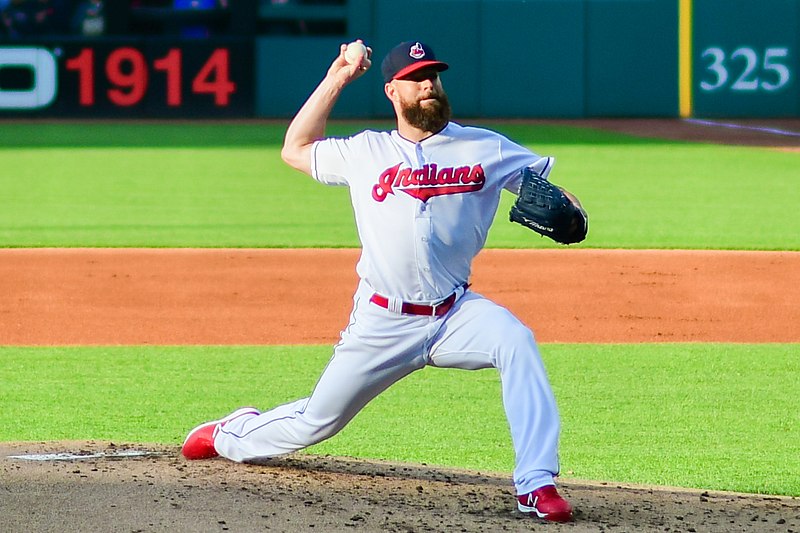 On December 15th, 2019, the Texas Rangers made a bold move by trading for two-time Cy Young award winner Corey Kluber.

I emphasize “bold” for many reasons but allow me to highlight three of those reasons. First of all, to go along with Delino DeShields, the organization gave up arguably its best pitching prospect – certainly their most electric prospect, in Emmanuel Clase. Second, Kluber is 33 years-old, so many say he is beyond his prime years in this league, and lastly, his most recent season wasn’t a good one. He pitched only seven starts while plagued with injuries including his broken forearm and tightness in his left oblique.

In those seven games Kluber appeared in, he went 2-3 while posting a 5.80 ERA in 35.2 total innings pitched. Sure, that’s a small sample size, but these are all career lows for Texas’ new starting pitcher nicknamed, ‘the Klubot’.

Enough of the bad. Let’s go deeper into why the Texas Rangers really traded for him.

Mike Minor or Lance Lynn would be enough of a one-two punch at the top of a Rangers staff. Considering how each of their seasons went last year, both of them make a solid case for Opening Day starter.

Based on last season, no one could argue that Kluber is the Rangers current ace. There’s no way he could be considering his competition in the rotation. However, could he surpass them as the year goes on? (Whenever that will be) I believe he can and I believe he will.

“I think we have a chance,” Manager, Chris Woodward said, “to have three aces.”

Corey Kluber has a diverse set of pitches including the sinker, cutter, four-seam fastball, changeup and a slider, which all have their very own distinct movement. The control he possesses is unmatched across the league. Just watch for yourself.

Is Kluber nearing the end of his career?

The three-time All-Star will be 34 years-old on April 10th, which makes you “old” in the world of pro sports. However, allow me to explore a few comparisons (in the form of current or former players) for you before we jump to any conclusion to this question.

The first guy who comes to mind is Justin Verlander. Talk about a guy who has had a dominant career, winning multiple Cy Young Awards including one last year. Just three years ago, Verlander was hit with a tough injury that could have ended his career early – at least many people thought it was the case. Verlander didn’t though, and he alone proved that pitchers can carry their careers into their late 30’s with success.

You look at Roger Clemens – I get it, he’s arguably the greatest of all time. However, he took his career well into his 40’s with success. I mean, for goodness sake, the guy won a Cy Young at the age of 41 and was an All-Star the following year. Talk about disrespecting ‘father time’. Kluber’s former pitching coach with the Indians even compared him to Clemens.

Lastly, Max Scherzer, who has had a very similar career to Kluber. They both took a while to burst onto the scene, but when they did, they became dominant really quickly. They both won their first Cy Young at age 28 and gained much success following that. If it weren’t for the injury to Kluber last year, both guys would have been in the Cy Young race every year since 2014. Some players happen to bloom late and have most of their success come in their 30’s. I see that being the case with Scherzer and Kluber.

If these guys can remain relevant with success well past 34 years-old, then I believe Kluber can (and will) too.

Lately, anyway, the Rangers seem to have ‘a thing’ going for reviving pitchers later in their career, so I’m remaining optimistic over every other circumstance here.

Mike Minor and Lance Lynn, who are both 32 years-old, finished in the top-five in Cy Young voting last year. If they can revive their careers with the Rangers, I’ll bet your Cracker Jacks that the ‘Klubot’ can too.

Kluber, who is a Coppell High School graduate, is back to his home state to carry on his professional career. He grew up in the DFW metroplex while attending many games at Globe Life Park, then, The Ballpark in Arlington. From all of us at Dallas Sports Fanatic, welcome back to Texas, Corey Kluber!