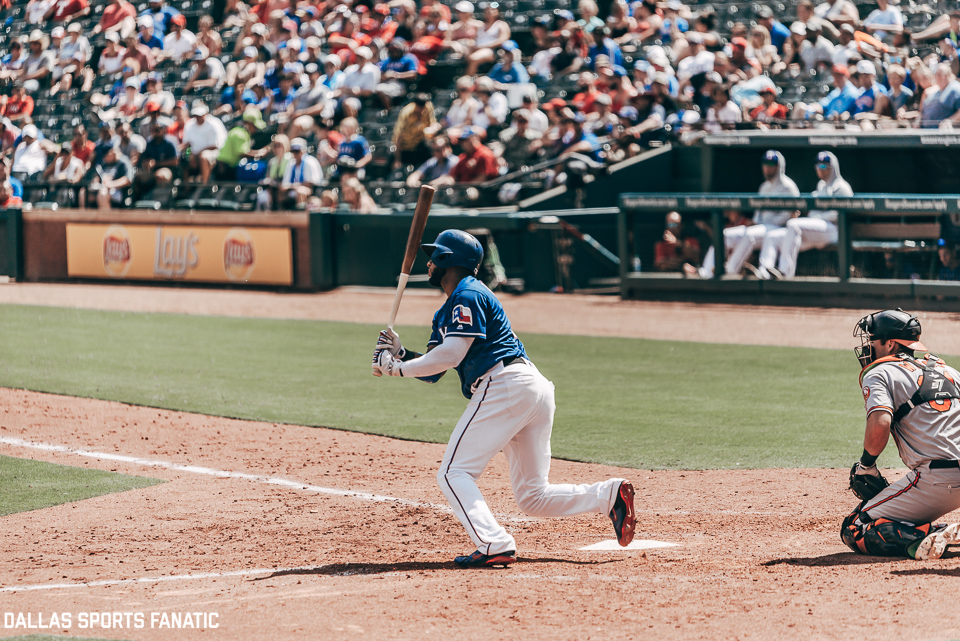 Will Elvis Andrus opt-out of his contract this offseason?

Will Elvis Andrus opt-out of his contract this offseason?

This season, he was set to prove those doubters wrong and establish himself as a top-three player at his position in the American League.

He was set to maintain the Gold-Glove caliber defense that’s been there since day one for the Ranger fan-favorite.

He was set to emerge as the face of a Texas team firmly establishing its infield core, yet in a transitionary, rebuild phase.

And then he got hurt.

On April 11, just 13 games into the season, Andrus was hit by a 97 MPH fastball from Los Angeles’ Keynan Middleton on what could’ve been the final pitch of a 7-2 home loss to the Angels.

It was an unfortunate break- he suffered an olecranon fracture in his right elbow- which is not a right handed batter’s outward-facing elbow- after checking his swing on the pitch inside.

No matter the circumstances, this was Andrus’ first “injury season.” It didn’t require surgery, and he returned to Texas’ lineup June 18 in Kansas City.

This first “injury season” came at a horrible time for Andrus- a year in which he has an opt-out clause in his contract.

Prior to the 2018 season, Andrus told Jeff Wilson of the Fort Worth-Star Telegram “(In 2018) I’m going to try to be better than last year.”

“That’s my mentality,” he told Wilson. “I want to be here. I want to retire here. Everyone knows that.”

Setting that aside, if Andrus could’ve mirrored or improved on his 2017 campaign, he could’ve opted out of the remaining 5 years and $58,000,000 guaranteed left on his current deal, and tested his value on the market. If nothing else, he could’ve used another solid year as leverage to negotiate a new deal with the Rangers.

After a season marred by injuries, Andrus’ value has dropped significantly. Even so, he’s recorded solid numbers in limited action- batting .270 with 6 home runs and 31 RBI over 78 of a possible 140 games.

Those certainly aren’t the All-Star-level numbers he recorded a year ago, but all things considered, they’re above-average MLB shortstop numbers. And, when compared to an abysmal 2015 season, steady improvement.

That was the same season Andrus batted a career-low .258 and hit a pedestrian 9 home runs with 58 RBI. He also botched several key defensive plays in the 3-2 ALDS loss to Toronto in the Playoffs that season.

Since that fateful series, Andrus has made significant changes and been a valuable asset for Texas. The results show in his batting stats.

This year cannot and will not be the measuring stick on whether Andrus can recover from his injury, return to that same, strong level of play, and give Texas some semblance of value in his lucrative contract.

That will be next year.

Elvis Andrus will not opt-out of his contract for next season. And for a player that’s been a shooting star in his time throughout the organization, the pressure is on for a fan favorite to get the most out of his prime and re-establish himself as an offensive weapon.