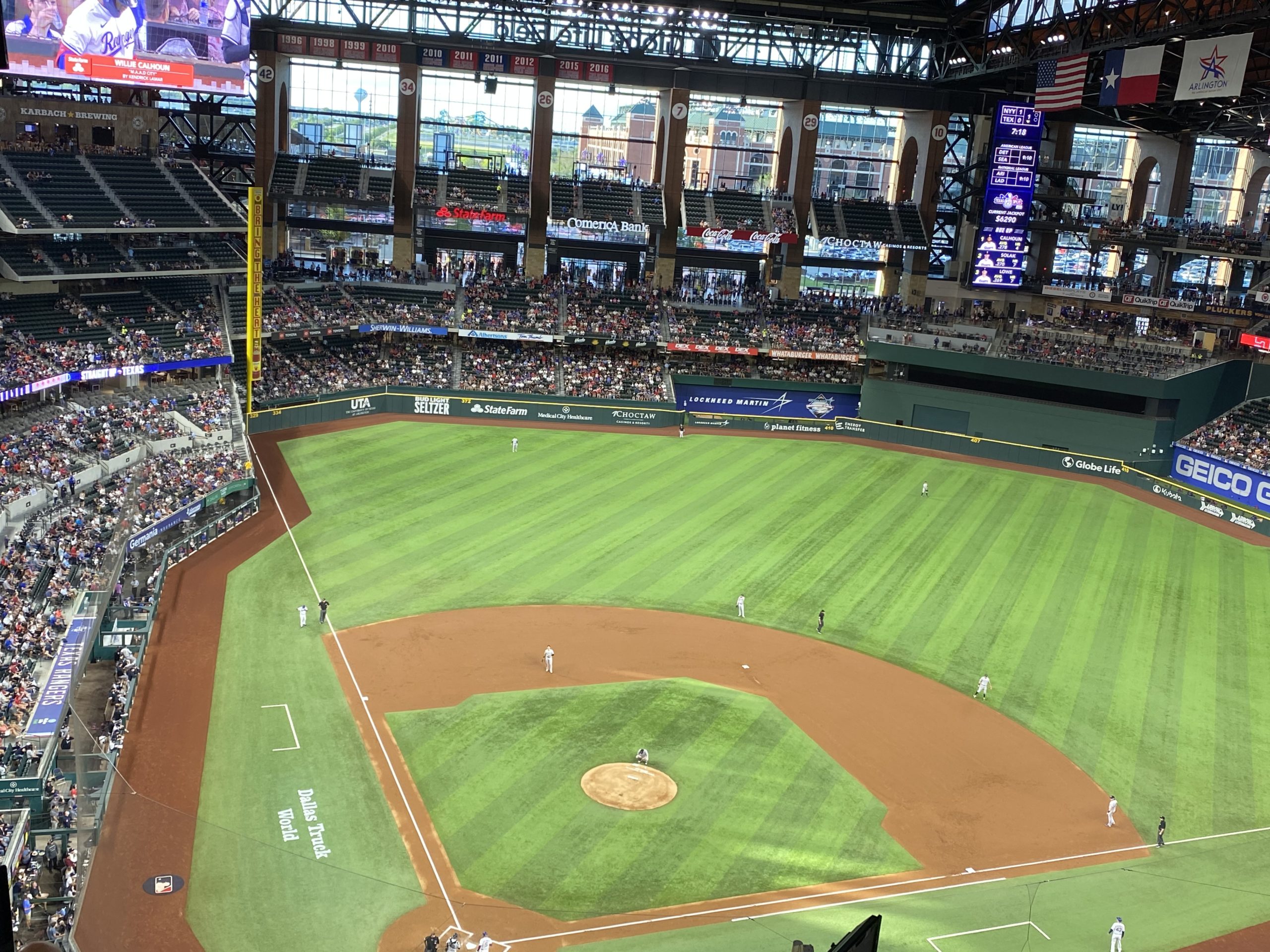 Will the sights and sounds of home rejuvenate the struggling Rangers?

Will the sights and sounds of home rejuvenate the struggling Rangers?

The Rangers’ worst road stretch in team history is in full swing. They lost all nine games of a road trip to Anaheim, Seattle, and Colorado, along with Houston sweeping Texas in Houston and the Rangers dropping both games in San Francisco on a six game road trip back in May. The bright side to this mess is that the road trip came to a close Thursday, where the Rangers said goodbye to the Mountain and Pacific time zones. The club returns to Arlington for a five-game homestand before they head to Los Angeles and Houston. Texas is on a three-game home winning streak entering Friday.

While the outside feeling (and possibly inside) is sad, the last homestand provided a lift from the crowd and created an atmosphere that some players never felt before. “The atmosphere, everything going on in the stadium and the fans, it’s surreal,” Isiah Kiner-Falefa told me. “It feels like the big leagues again.” Texas enters Friday 13-13 at home but were 8-4 at home in May (3-13 on the road in May). “The closest playoff experience a lot of us get to have, it’s crazy,” Isiah said.

This place is BUZZING! pic.twitter.com/RxxIf82fjk

The Rangers welcome the Tampa Bay Rays this weekend, a team that witnessed the Los Angeles Dodgers raise the World Series trophy at this palace less than eight months ago. While the Rays may not bring the same amount of heat that the Astros and Yankees brought in, the crowd noise may become a factor for the Rangers and not against. “The crowd brought it,” Kolby Allard told me after asking about the atmosphere during the Astros series. “It was fun, the fans have been bringing it all year, and it’s been super fun.” The Astros series brought nearly 105,000 fans and a total attendance of 218,776 during the last seven-game homestand.

Experiencing the atmosphere myself, I can say I haven’t heard anything like the three-game series against the Astros. It felt much louder than Globe Life Park, the Rangers’ previous building. Yes, the roof was closed and that made it feel louder than if the roof was open, but it wasn’t my instincts.

“It’s insane. It’s a palace,” Isiah told me. “I’m glad the organization did what they had to do to get the stadium up and running.” The crowd fed into the players too, they feel it. “We felt the pressure. We wanted to win in our home park,” Joey Gallo told me. The Rangers are becoming more comfortable at Globe Life Field. The club has won ten of their last sixteen home games and won series against the Red Sox, Mariners, and Astros.

Look, it’s difficult to determine why the club struggles on the road. From the start of 2019, the Rangers are 48-94 away from Arlington, which opens up a case of concern. However, the team is taking advantage of their games at home. The club is 74-63 at home since 2019. “It’s been awesome to see the fans come out and support us,” Jose Trevino told me. “I live over in Frisco, and I see people wearing Rangers stuff all the time. It’s awesome.”

It could be a visit back home is what the Rangers need to escape the skid and have the crowd cheer for you instead of against you. “It makes you excited when you got a bunch of guys pulling for you,” Kolby Allard told me. “It makes you want to go out there and do it for your teammates and your club, but it’s also fun to have the fans pulling for you on your side.” Times are tough; players give it their all, and maybe coming back home will cure the sadness. We’ll find out Friday against the Rays.