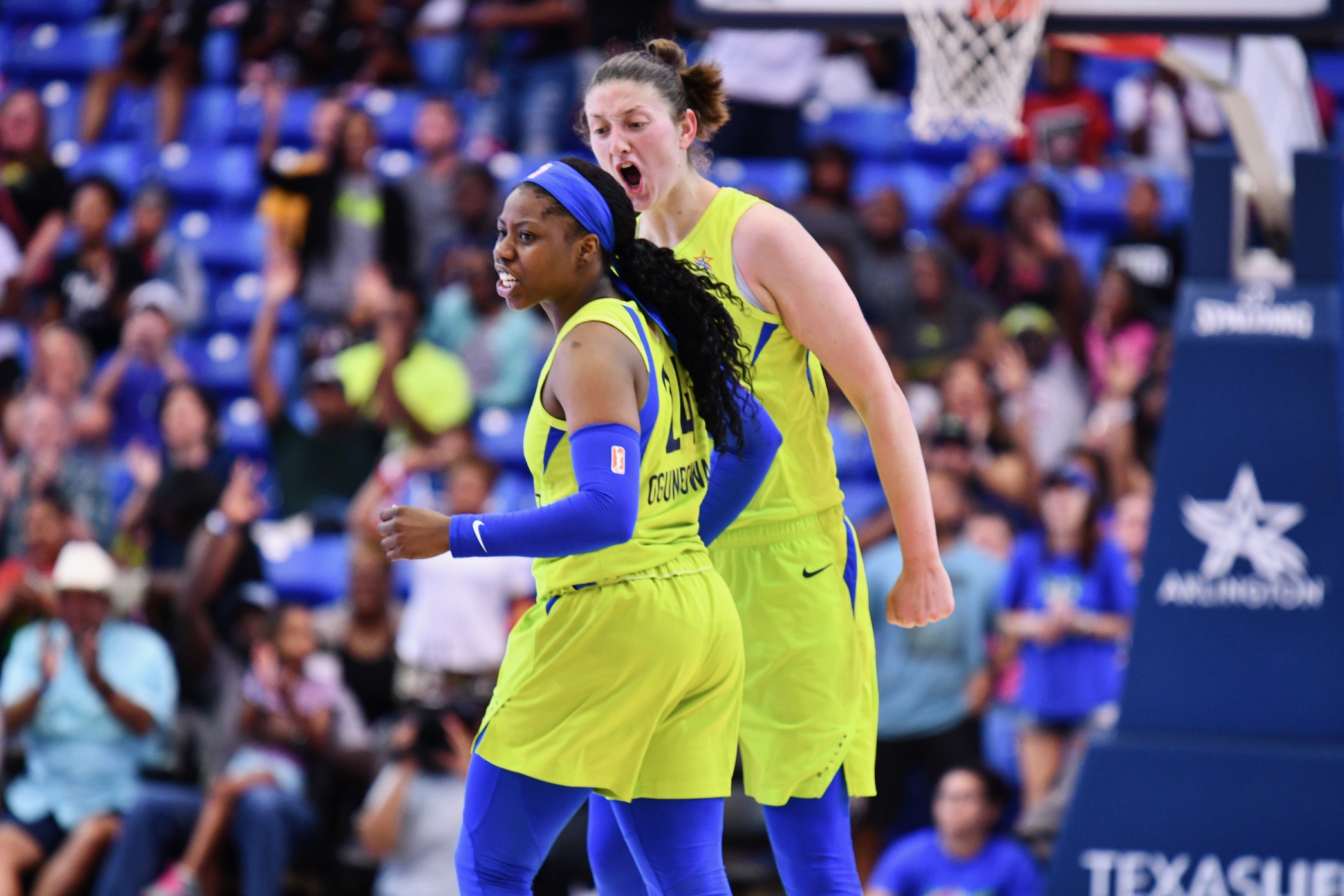 The Dallas Wings come out on top after another nail-biter matchup.

Rallied alongside Arike Ogubowale, the Wings (4-7) earned a hard-fought 89-86 win over the Minnesota Lynx.

The rookie stepped up big for Dallas playing with a level of maturity that allowed her to seal a team-high 19 points. Ogunbowale went head to head with former Wings guard Odyssey Sims, who proved to be a challenge Ogunbowale would not back down from.

The two guards battled it out all afternoon and tensions ran high as Ogunbowale received a technical foul in the second quarter. Still, the Notre Dame product kept her composure and will against the five-year veteran.

“Basketball, that’s all it is,” said Ogunbowale. “Two competitive players.”

Contributing to the competition was none other than Kayla Thornton.

“Kayla T for three!” File that under the list of sayings we’ll never get tired of hearing. Thornton scored 17 points and landed three 3-pointers which ultimately helped Dallas seal the win.

“I give my props to my team,” said Thornton. “That group that got us back in did a great job. Me and Arike just came in and brought more energy to that. We dug deep for this win and it feels good but we still have a lot of growing to do.”

With six players hitting double figures today, the Wings are seeing improvements from making play down the stretch and aggressively closing games.

Kaela Davis demonstrated both of those keys when as she drew a charge on Sims with 14.2 seconds left to play.

“She’s sort of the difference for us,” said Coach Agler. “When she plays well that just gives us another weapon out there.”

Davis has emerged as the Wings’ secret weapon earning herself 11 points to close out the evening.

When the Wings click early they win every time. It’s that communication and mutual fight that’s going to help get them over the Fever one last time Friday night.