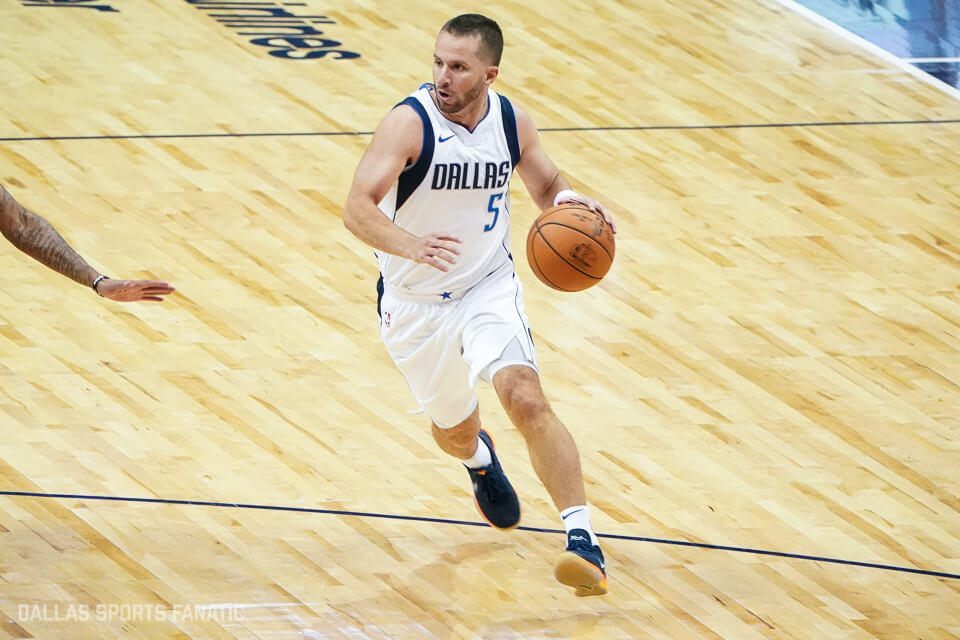 The beginning of the 2017-2018 NBA season has not been kind to the Mavericks and Warriors. Both teams are entering the contest on Monday October 23rd coming off of loses to the Houston Rockets and Memphis Grizzlies. The Mavs lost to the Rockets 107-91 to open up the season on a three game losing streak. The Warriors record fell to 1-2 after they lost to the Grizzlies 111-101, a game that featured both Kevin Durant and Stephen Curry ejections.

Does the three game losing streak to open the season remind you of anything? Last year the Mavs also opened up the season on a losing streak that extended to five games. It was the first time Coach Rick Carlisle had ever started a season 0-5 in his head coaching career. Dallas faces tough competition from Golden State and a back to back set against Memphis this week. There is a high possibility that the Mavs could open the season with a record of 0-6, which would be the worst start in franchise history.

In order for the Mavs to rebound against the Warriors they will need to do exactly that, rebound. Currently the Mavs are ranked 30th in the league in offensive rebounding percentage and 28th in defensive rebounding percentage. Over their first three games Dallas has been out rebounded 41-50, 36-57, and 41-54. Nerlens Noel is leading the team in rebounds with 7.3 per game followed by Dirk Nowitzki at 6.7 and Harrison Barnes at 5.3. Dwight Powell and Salah Mejri are only averaging 3.0 rebounds per game in roughly 15 minutes played. These two will need to improve their rebounding when they are on the floor to give this team a chance. There is no reason an almost 40 year old Dirk should be second in the team in rebounds and as close as he his to Noel’s total, regardless of line up. The younger Mavs in the front court need to do better in this facet of the game.

This isn’t necessarily an area of improvement but Harrison Barnes and Wes Matthews have to play better overall. Right now Barnes is still the number one option on offense, at least until Dennis Smith Jr. gets acclimated to the NBA game. Shooting only 33.3% from the field and 25% from three, Barnes has started the season with shooting performances of 3-13, 8-18, and 5-17. Those are not exactly the efficient numbers that Mavs fans grew accustomed to seeing last year from Harrison. He is missing the close and mid-range shots we would see him make last year as it seems that he is sometimes having to force these shots. Frankly, he looks a little bit uncomfortable right now as he is still learning how to play next to DSJ and Noel. One positive is that he has improved his free throw numbers compared to last year by attacking the basket more. Through three games he has attempted 21 free throws compared to 7 last year. This was an area he looked to improve on this year and his focus seems to be paying off.

Wes Matthews is averaging 8.7 points through the first three games, well below his career average of 13.9. He is actually averaging less points than his rookie year, when he averaged 9.7. Ouch. To make matters worse, he is averaging 3.7 turnovers a game while sporting a 25% turnover percentage. To put it into perspective he had a turnover percentage of 9.9% last year.  His numbers all across the board are down. He is shooting the worst three point percentage and two-point percentage of his career, 31.8% and 12.5% respectively. That is not the start that Dallas was hoping to see from him after being two years removed from his Achilles injury. The Mavs need Matthews to take better care of the ball and get his numbers back up to his career averages for them to stand a chance in the loaded Western Conference.

Defense is the first key area against the Warriors. This team is going to score. A lot. They have former MVP’s in Kevin Durant and Steph Curry. Klay Thompson can drop 40 points in a half. Curry is the greatest shooter that I have ever seen. This team can shoot the lights out and they will if they are given the chance. Dallas has a defensive rating of 111.2, which means they are allowing 111.2 point per 100 possessions, ranking them 22nd in the NBA per Basketball Reference. Golden State comes into this game with an offensive rating of 114.2, which means they score 114.2 points per 100 possessions, ranking them 5th in the NBA per Basketball Reference. So the Mavs 22nd best defense is about to take on the Warriors 5th best offense. Surprisingly, the Warriors have a defensive rating of 115.2 which ranks them 28th in the NBA and behind the Mavs. Both teams will need to play better on the defensive end in order to win, especially the Mavs.

Like I mentioned before, rebounding will a huge factor in the Mavs success against the Warriors. Golden State gets roughly 45 rebounds per game to the Mavs 39. Golden State grabs 9.3 offensive rebounds per game. The Mavericks cannot let the Warriors get second chances off of rebounds in this game. Coming into the game the Warriors are averaging 10.3 second chance points to the Mavericks 9.0. A team that can pretty much shoot from anywhere will kill you if you let them get long rebounds, especially this Warriors team.