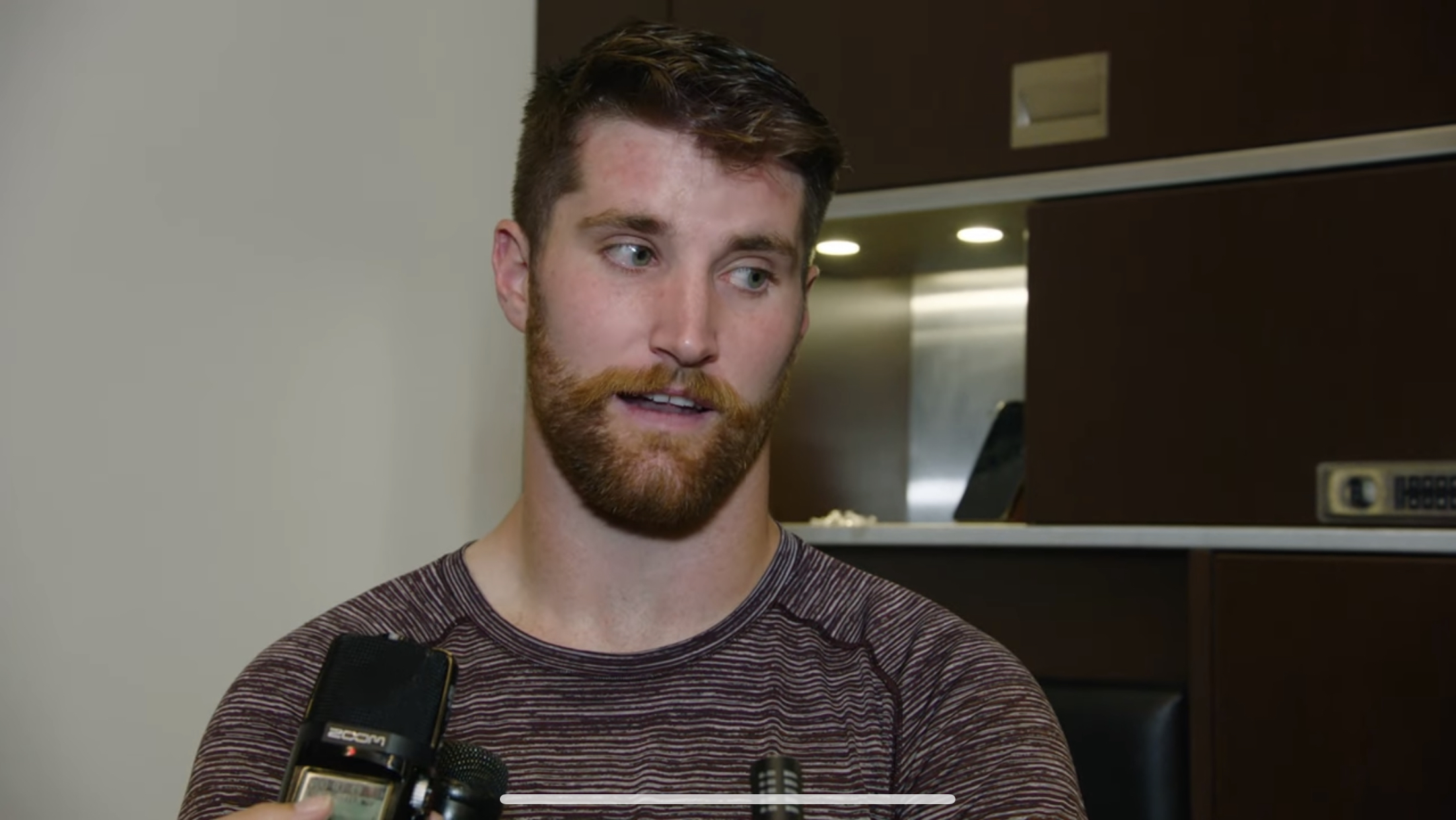 With Friday’s deadline approaching, what should the Cowboys do with Dalton Schultz?

With Friday’s deadline approaching, what should the Cowboys do with Dalton Schultz?

The Cowboys placed the franchise tag on Dalton Schultz to keep him in Dallas in 2022 for about $11 million. Dallas and Schultz have until Friday to get an extension done, otherwise he will play out the season on the franchise tag. What should Dallas do?

Dalton Schultz is coming off a career season in which he caught 78 balls for 808 yards and eight touchdowns. Schultz was a key part of a Cowboys offense in 2021 that was incredibly high-powered. After Dallas gave him the franchise tag it was said they wanted to work out a long-term deal. Now Michael Gehlken of the Dallas Morning News is reporting that this doesn’t appear to be happening

There has been no progress in long-term contract discussions between the Cowboys and franchise-tagged TE Dalton Schultz. The two sides have not spoken in weeks, source said. Deadlines can spur action, but as of now, no deal is imminent as Friday's cutoff looms.

It’s obviously a dispute over guaranteed money since guaranteed money is king in the NFL. I imagine this deal probably would have been done by now if not for Cleveland giving David Njoku a four-year, $54 million deal with $28 million guaranteed.

In comparison to Schultz’s statistics, Njoku caught just 36 balls for 475 yards and four touchdowns. Njoku’s deal is likely far above what Dallas would be willing to pay and Schultz is likely asking for as much or more than Njoku given how much better Schultz’s numbers were.

Schultz briefly held out during minicamp but quickly came back and was recently pictured working out in Florida with CeeDee Lamb, Dak Prescott, Jalen Tolbert, Sean McKeon, and Ezekiel Elliott.

It’s hard to say if there is one beyond 2022. With Amari Cooper and Cedrick Wilson gone, Schultz should be leaned on heavily again and if healthy will have another big season. This just seems to be headed toward Schultz walking in free agency next season and Dallas collecting a comp pick in the 2024 draft.

With guys like Trevon Diggs and CeeDee Lamb needing new contracts soon, it’s hard to justify giving Schultz a big contract. He is a good tight end, but not one that defenses actively have to gameplan for. He isn’t on the Travis Kelce, George Kittle, Mark Andrews, Darren Waller tier at the position.

Schultz is a solid, reliable tight end that can find soft spots in zone coverage that has good hands while providing solid blocking. Whether or not Schultz is in Dallas depends on a few things: what kind of season he has, 2022 fourth-round pick Jake Ferguson’s progression, and what the money looks like if they choose to revisit negotiations next March.

Where does Schultz fit into Dallas’ salary cap situation?

I personally think that if Dallas wants to keep him long-term, it should look to get a deal done now. If Dallas doesn’t like his price tag now, it won’t get any lower when he presumably has another big season and the salary cap goes up. It just doesn’t make a ton of sense to wait on this deal, and Dallas has waited on several extensions just to watch the price tag go up. The same will happen with Schultz if he has another productive season.

It does seem like Dallas might be trying to save as much cap space for next offseason as possible. Dallas currently has $22.5 million in cap space in 2022 and can roll over all unused cap space in 2022 to 2023. With some extensions looming for guys like Lamb and Diggs, Dallas might be trying to keep its power dry for next offseason, and it’s honestly hard to say where Schultz fits into that picture.

I personally don’t prefer giving big money to tight ends that aren’t elite, but the Cowboys have until Friday to decide what to do.