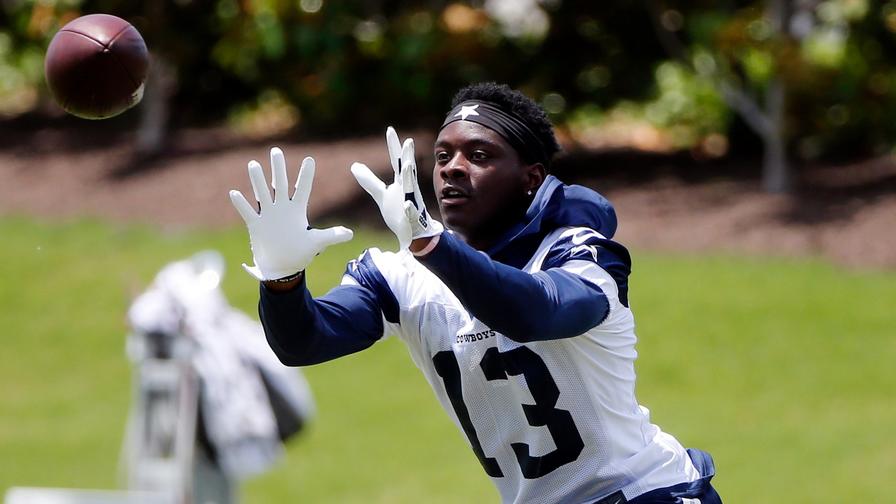 It’s a tense time of year for players toward the bottom of the roster. Things may be even more tense for injured wideout James Washington, as Dallas has seemingly gotten good news on Michael Gallup and other depth has played well.

When James Washington suffered his foot injury that knocked him out for several weeks, concern was very high. With uncertainty surrounding Gallup’s return date and inexperience in the rest of the wide receiver room, I wondered if Dallas should bring in a veteran. While Dallas still may do so, Washington’s status is up in the air.

The depth has played incredibly well since Washington’s injury. Noah Brown has had a phenomenal camp and seems to be a lock to make the roster. Jalen Tolbert has struggled when working with the other quarterbacks, but when working with Dak Prescott, Tolbert looks ready to go. He has demonstrated strong separation skills, which bodes well for his rapport with Prescott.

Simi Fehoko has had a very strong camp and his 4.3 40-yard dash speed has popped. Fehoko appears to be a factor. Undrafted rookie Dennis Houston has been impressive throughout camp and has even gotten his fair share of reps with the first team offense.  KaVontae Turpin is a lock to make the roster as well, as he has demonstrated game-breaking kick return ability in the preseason and appears to be a factor with the offensive starters as well.

On top of all the positive results from the other receivers in camp, Dallas seemingly feels good about an earlier return for Gallup. Dallas (so far) has elected to not put Gallup on the PUP list, which would knock him out of at least the first four games, which indicates he may be returning from his ACL tear sooner than initially thought. Head coach Mike McCarthy offered a vague (but positive) update on his progress:

On Michael Gallup — who has progressed to running routes in his rehab treatment (in Los Angeles) — having a chance at returning for the #Cowboys by late September:

When factoring in Gallup’s potential to take a spot on the 53-man roster, it takes some serious mental gymnastics to envision Washington not being a casualty. The following players appear to be locks to make the roster (in the scenario Gallup is put on the 53-man):

That puts Dallas at six wideouts, and it’s likely that only six make the roster. The Cowboys could potentially keep seven receivers to make room for Dennis Houston if they fear he would be poached by another team if they try to put him on their practice squad. As strong of a camp and preseason that Houston has had, that would be a very tough decision.

With Fehoko, Brown, and Turpin all seemingly having strangleholds on a roster spot, there will be some difficult decisions made. That leaves Washington on the outside looking in, as he won’t return from injury until the end of September or early October. Most of this hinges on how Dallas handles Gallup’s roster status.

UPDATE: Jerry Jones says Gallup will not be starting the season on the PUP list, meaning he will be eligible to return from his torn ACL within the first four weeks of the season and that Dallas doesn’t have room to add any outside receivers.

Jerry Jones said he feels better about WR than he did a few weeks ago. He said the Cowboys certainly don’t have room to add a WR from outside the building. And it certainly sounds like Michael Gallup will not be going on PUP and he will be on the roster to open the season