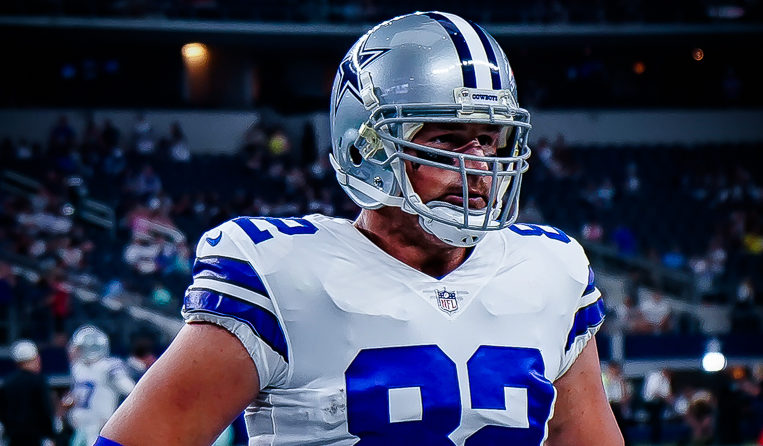 Witten: “I want to bring a championship here”

Witten: “I want to bring a championship here”

Jason Witten wants to play for the Dallas Cowboys in 2020.

In the past, that would have been enough reason to bring Witten back to the team. Now, under new leadership, the 16-year-pro is uncertain of his future with the team he’s spent his entire career with.

Witten is coming off a 63-catch season where he totaled 524 yards and four touchdowns. The 37-year-old tight end spoke at his Collegiate Man of the Year award ceremony about the possibility of returning to Dallas next season.

“With so many changes happening inside the building I’ve been working through that,” Witten said. “I hope to have those talks once the combine ends and before free agency. I want to play. I still have something to give.”

Witten has had talks with newly-hired head coach Mike McCarthy and admitted he has to be open to playing somewhere else. The highlight of his interview was his consistent stance on “the right fit” and “realizing where [he’s] in his career.”

“Obviously, it’s not ideal,” Witten said about signing elsewhere. “I would love to finish it out here. But some of those things aren’t in [my] control.”

“This is a good football team. Nothing more I would love to do than to play with those guys. It’s a good young group of tight ends. I think I can help them in a lot of ways.”

With Witten’s belief in his abilities, would he be comfortable scaling that number back, or even allowing the roles to be in reverse?

Which at that point would it be better for the team to work on developing a younger replacement in a backup role rather than allowing Witten to just be a guy?

Though this year’s NFL draft doesn’t present 2019’s talent pool at the position, there are a plethora of suitable free agents that could provide an upgrade for the Cowboys.

Austin Hooper had nearly 800 yards and six touchdowns this past season. He’s also just 25-years-old. Hunter Henry, who’s been plagued by injury, is an exceptionally talented product that missed all of 2018 with a torn ACL, then missed four games in ’19 with a knee fracture. Assuming he can stay on the field next season, Henry would make an immediate impact for whichever team takes a gamble on him.

Eric Ebron enjoyed a breakout 2018 season under Andrew Luck but took a drastic step back playing with Jacoby Brissett. He tallied 13 touchdowns two years ago, but just three in 2019.

Or, the team could continue to develop Blake Jarwin. Jarwin has shown flashes of being a talented pass-catcher, but blocking hasn’t been his strong suit. Seeing as how Mike McCarthy had Jimmy Graham as his tight end his last few seasons with Green Bay, that shouldn’t deter the team from resigning him.

The NFL combine begins Sunday until March 2. Free Agency opens March 18, so we should know Witten’s future between then.