Wrap Up: Dirk Delivers in the Clutch at MSG

The Dallas Mavericks (35-23) walk out of the historic Madison Square Garden in a 110-108 victory versus the New York Knicks (12-19). Dirk Nowitzki delivers in the closing seconds, hitting a midrange contested jumper at free throw line sealing the game. The Mavs finish their 3-game road trip with a 3-0 record.

How it went down: 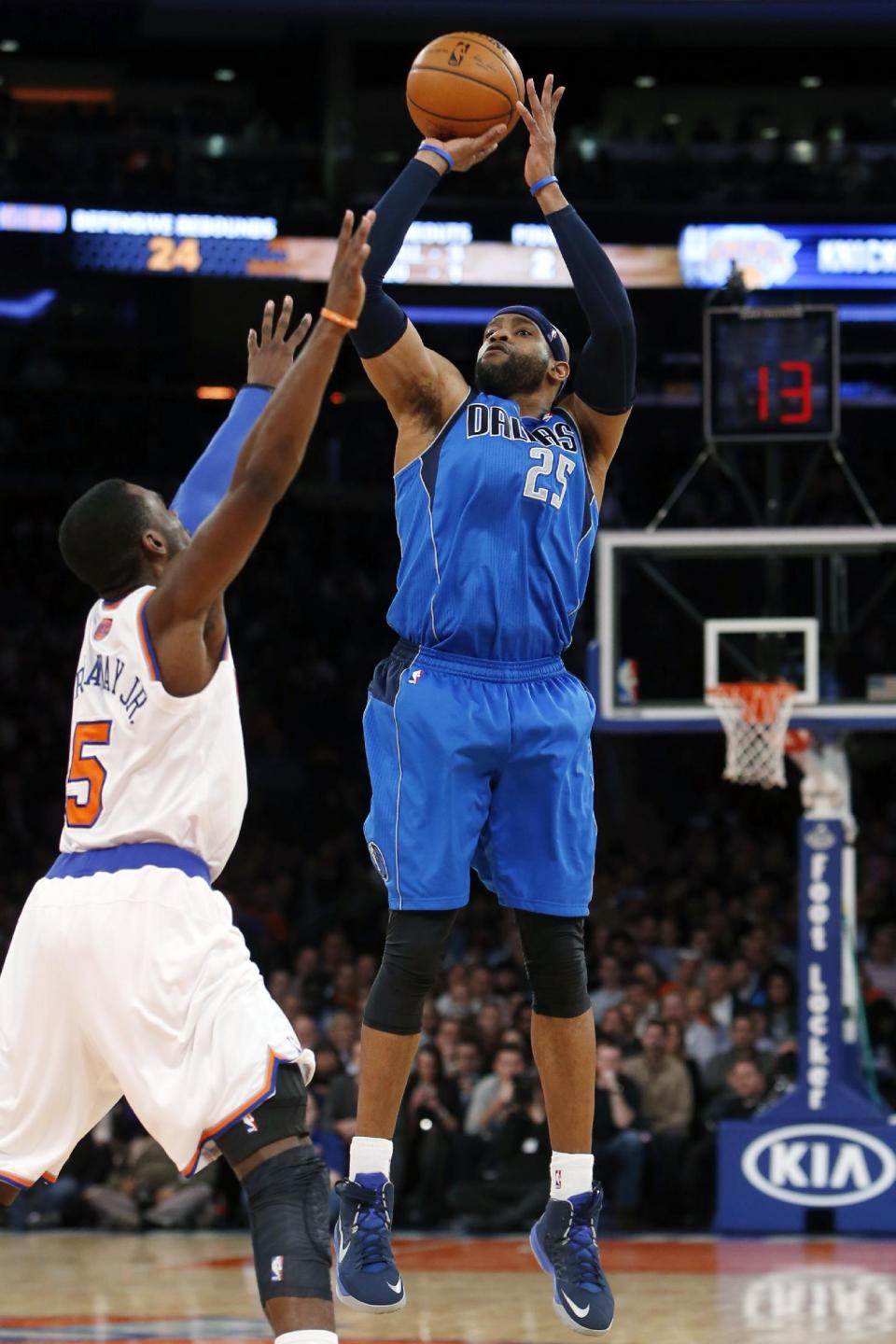 It was a sloppy game from the beginning of tipoff, as both teams recorded a combined 20 turnovers in the first half. Dallas, gaining capitalizing off turnovers, jumped out to a 31-21 lead in the first quarter. But from then on, the Knicks started to gain ground, led by Carmelo Anthony’s 17 points in second quarter alone. The Mavs would somehow hold a 60-59 lead at halftime after a clutch three-pointer from Monta Ellis at the buzzer.

The Knicks fought hard resist Dallas from pulling away in the 2nd half. Monta Ellis redeems his 33% scoring first half, scoring back-to-back baskets to give the Mavs a 6-point lead late in the final quarter. Carmelo Anthony would answer back with crucial three-pointer, tying the game 108-108.

The Mavs played their best defense the entire game forcing a shot violation turnover. With 10 seconds left, tightly guarded by Carmelo Anthony, Dirk sinks the game-winning shot thanks to a lucky bounce on rim.

The Mavs shot 41% from behind the arc tonight (15 of 36 from the three-point line). Jose Calderon and Vince Carter made their presence felt tonight, combining for 12 made shots from deep.

Impact Play of the Game:

Let’s just allow the video to do the talking…

You look at the box score and think, “This was not one of Monta Ellis’ best games”. But he made a major impact in the Mavs’ win tonight. Ellis finished with 9 points off 3 of 9 in field goals in the first half. He would bounce back, penetrating to the basket more instead of settling for jumpshots in the second half. Monta Ellis finished the game with 22 points and 6 assists.

Vince Carter and his 23 points need mention here as well. He made seven 3-point baskets and all played out huge in this one.

“I love this building. Unfortunately I couldn’t play a little better than I usually do.”

– Dirk Nowitzki on The Garden

“It’s the great Nowitzki, man. He’s done it so many times. What an incredible shot.”

The Mavs finish their 3-game road trip and return home to face the Pelicans on Wednesday night, followed by another home game Friday night against the Bulls.