Wrap Up: Rondo Leads Mavs to Win Over Lakers 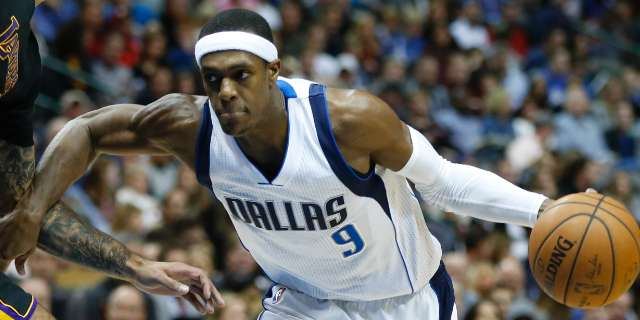 MFFLs can breathe a sigh of relief as the Mavs snap a two-game losing streak with a 102-98 win against the Los Angeles Lakers.

With Lakers’ head coach Byron Scott forcing Kobe Bryant to miss his third straight game; you’d think the Mavs would run away with this game. That’s definitely not the case. The bench of the Kobe-less Lakers outscored the Mavs 46-25, led by a combined 33 points from Carlos Boozer and Nick “Swaggy P” Young.

Dirk Nowtizki never ceases to amaze us, as he completes another milestone this season. Sickness didn’t prevent Dirk from passing the great Elvin Hayes for 8th place on the NBA All-Time scoring list.

The Lakers would not concede defeat in the 4th quarter, when Nick Young hits two three-pointers to cut the deficit to just four points. Charlie Villanueva’s 10 points within three minutes did just enough to give the Mavs the victory.

Rajon Rondo proved he can play alongside Dirk and Monta Ellis against the Lakers. Rondo finished the game with a near triple double: 21 points, 8 rebounds, and 7 assists off 58% shooting from the field.

Justice was served in the paint thanks to Tyson Chandler. Chandler’s 15 points-12 rebounds performance gives him his 14th double-double of the season. Chandler is tied for third place for most double-doubles amongst NBA centers.

Looking ahead, mark your calendars for Sunday night to see Rajon Rondo guarding Russell Westbrook and the Oklahoma City Thunder.