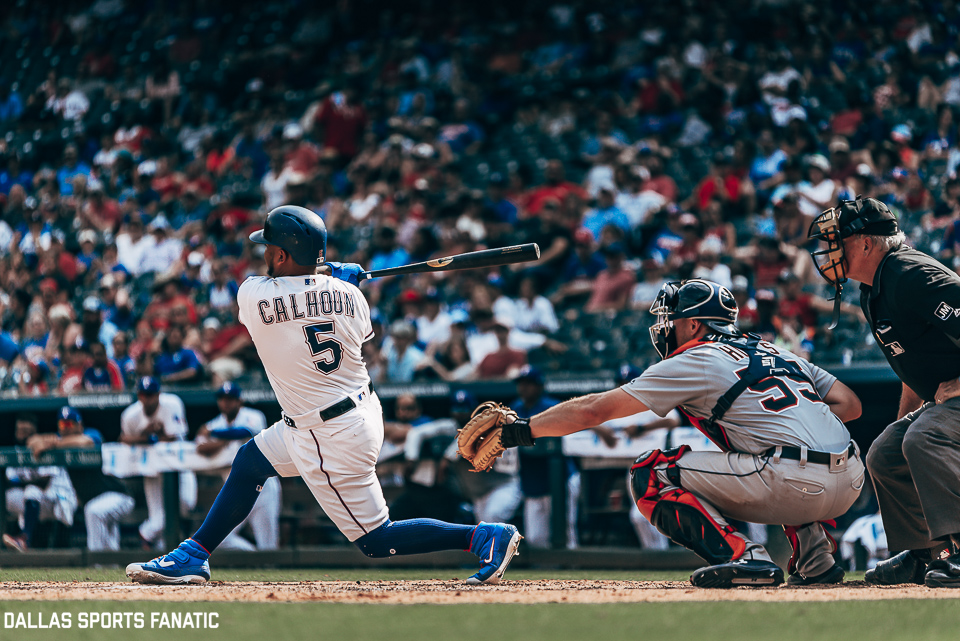 After wrapping up another season of Texas Rangers baseball on Sunday, it’s time to look back on the 2019 campaign. This week, we’ll share our thoughts on various Ranger questions as we digest all that came of the season and how it can impact the team’s future.

Whose stock rose the most this season?
Alex: Going into Opening Day, Willie Calhoun wasn’t even on the big league roster. Hunter Pence won the backup outfielder position and Willie began the season in AAA. In mid-May, the Rangers called Willie up from AAA and he immediately made an impact in the lineup. A tough decision turned in early July where Willie was undeservingly sent down to Nashville once Pence got the nod back from his groin injury. Throughout the season, Calhoun needed to prove himself to this organization, and finally, during the second recall (after the Gallo wrist injury), he showed to the organization he’s an everyday player. The coaching staff, fans, and even Willie himself are ready to take the next step and become an all-around player. Both Joey Gallo and Hunter Pence agreed that out of the young guys, Willie Calhoun blossomed the most or one of the Rangers youngsters that bloomed. “Willie has been amazing.” Joey Gallo said, “What he’s been able to do. Now he’s finally gotten the opportunity to play every day, and he’s proven he’s a really good big-league hitter.”

While we all remember about Globe Life Park, here’s Willie Calhoun reminiscing about a crazy but very productive 2019 season. #Rangers pic.twitter.com/EKggee0c4Q

Corey: I think it is safe to safe Willie Calhoun has played himself into a role on this team for the 2020 season. Calhoun didn’t start the season with the big league club and while he was not happy with that decision, he did not let that effect the way he went about his business. He went down and performed and when he got his chance, he took full advantage. Calhoun finished the 2019 season with 21 HRs and an OPS of .848.

Darien: From Opening Day, it’s easy to say any of the three All-Stars this year in Joey Gallo, Mike Minor and Hunter Pence, because outside of Gallo, I don’t think anyone predicted that type of performance prior to the season. I’m going to go the hipster route and say Danny Santana’s stock rose the most from the start of the season. Keep in mind, he was off the radar in terms of the 40-man roster back in March. The fact that he remained on the team as an everyday player since he was called-up on April 13th is incredible.

The 28-year-old found a role on this team and was immediately was involved in trade talks at the deadline but ended up hitting 28 home runs and 81 RBIs which rank second on the team. In 130 games, he finished the year with a .283 BA, .534 SLG and .857 OPS which all rank in the top-five on the team. His value sparked as the year went on, not only because of his consistent play at the plate but because of his versatility. Santana saw the field in every position this year except for catcher and pitcher: a utility player at its finest. Not to mention, the Rangers have control over his contract until 2022 when he becomes a free agent.

Whose stock fell the most in 2019?
Alex: 2019 looked to be the year Nomar Mazara was going to break out and become the potential MVP candidate the organization is waiting on. With new hitting Luis Ortiz, it spelled out an improvement for Nomar in 2019. While he did deal with injuries at the finish line (oblique and thumb) and his numbers weren’t that bad, the season didn’t give fans or the coaching staff any more giddy for the upcoming years. There were talks in early July about sending Nomar down to Nashville when Hunter Pence came back, but the question remains, at what point do the Rangers either use Nomar as a trade piece or realize this is the player they’re going to get. Or does Mazara have a lot more in the tank?

Corey: I had major questions about Nomar Mazara, Joey Gallo and Rougned Odor coming into 2019 and as we leave 2019, I believe Mazaras stock has fallen the most. Mazara was only able to play in 116 games during an injury-riddled 2019 season. I would not say Mazara had a “bad” season as he had 47 extra base hits, 19 HRs, .469 slugging percentage (career high) and a .786 OPS (Career high) in 469 plate appearances but I do believe his underwhelming ability on defense coupled with Calhoun’s emergence will find Mazara on a different team in 2020.

Darien: Rougned Odor’s stock easily fell the most in my opinion. Out of the young core, Odor is the sole guy to get a contract extension and ever since he did, his performance has been nothing short of underwhelming. Next to Nomar Mazara, every year, Rangers fans anticipate these two guys to take the next step on a consistent break-out year. The only thing is, the Rangers are paying Odor $8.25 million a year, versus Mazara’s one-year $3.3 million. That’s why I believe Odor’s stock is the one who has regressed the most.

I guess Rougned Odor needed to use three hands. pic.twitter.com/ai7UHsMfMU

To save you time from browsing the internet to look for his disappointing statistics, here they are: .205 BA, .439 SLG, .721 OPS with 30 HRs and 93 RBIs in 522 at-bats. Sure, to his credit he does lead the team in home runs and runs batted in and he had a phenomenal month of September, but a full season begins in March. He finished fifth on the team in hits with 107 and there are 14 guys with a better batting average on the current team. That tells you this is a guy that solely swings for power and cannot be relied upon on a night-to-night basis due to his percentages. Also, second baseman, Nick Solak, was acquired via trade in the middle of the season – does that not tell you something?

We’ll continue to discuss different areas of the Rangers’ 2019 season this week on Dallas Sports Fanatic.